How to join multiple path objects into a combined path object in inkscape?

I'm attaching an image for demonstration since this is hard to explain.

I want to ad text description to an image map, but I don't want tons of paths, one for each letter...I would like to group a section of the image with a series of characters, a "string" of text.

Would like to merge them in a single path , so when I save as optimized SVG I have less code than if I had a path for every single characters...

In Inkscape Path > Combine will combine all the paths to one object, but then one object can only have one fill.

So, I'm not sure how well that work for you, since the map part is a different colour. I suppose you could add a gradient fill, then edit the gradient stops. 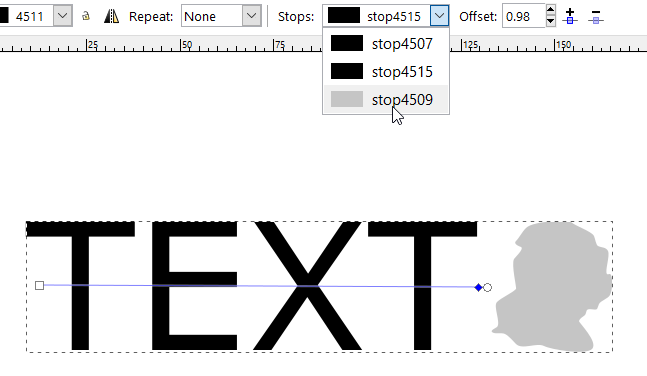 One more thing to note is that creating one combined path will not reduce the number of nodes. I see the map part of your example has lots of nodes, so you might want to consider simplifying the shape a little if the file size is going to be an issue.

i done some research how to merge object in one path, see in inkscape , Frist select the object you want to merge, than group selected objects ctrl+g, after drag and select the objects go to path-Union ctrl++

1
Contour of combined objects in inkscape
3
How to add a stroke property or animate the fill path of an svg?
5
How to make a nondestructive mask in Inkscape?
1
SVG font scaling appears different depending on viewer application
4
Inkscape: Divide Closed Path in Arbitraty Fractions / Segments
4
inkscape - combine svg elements into combined path
2
Measure path of multiple objects in Inkscape
0
How to move nodes along another parallel path in Inkscape
1
InkScape to convert multiple paths into one single path
1
Use SVG clip path as binary choice on showing objects?