I'm trying to rotate the spokes of a motorcycle wheel that is also moving across the screen. ... I'm having a hard time keeping the orientation of the spokes aligned within the wheel as it is moving when I rotate it using transform tool in the timeline. The motorcycle and each wheel are separate smart object layers. So I selected all layers and set the beginning and ending keyframes to keep the spokes inline with the bike as it moved across. Then went back and tried to rotate the spokes at measured intervals by moving the play head and setting keyframes but can't get a smooth rotation. So then I tried to do it by moving and rotating the spokes at the same time as the bike, but am not able to keep the spokes in line with the bike as it moves. Any suggestions? 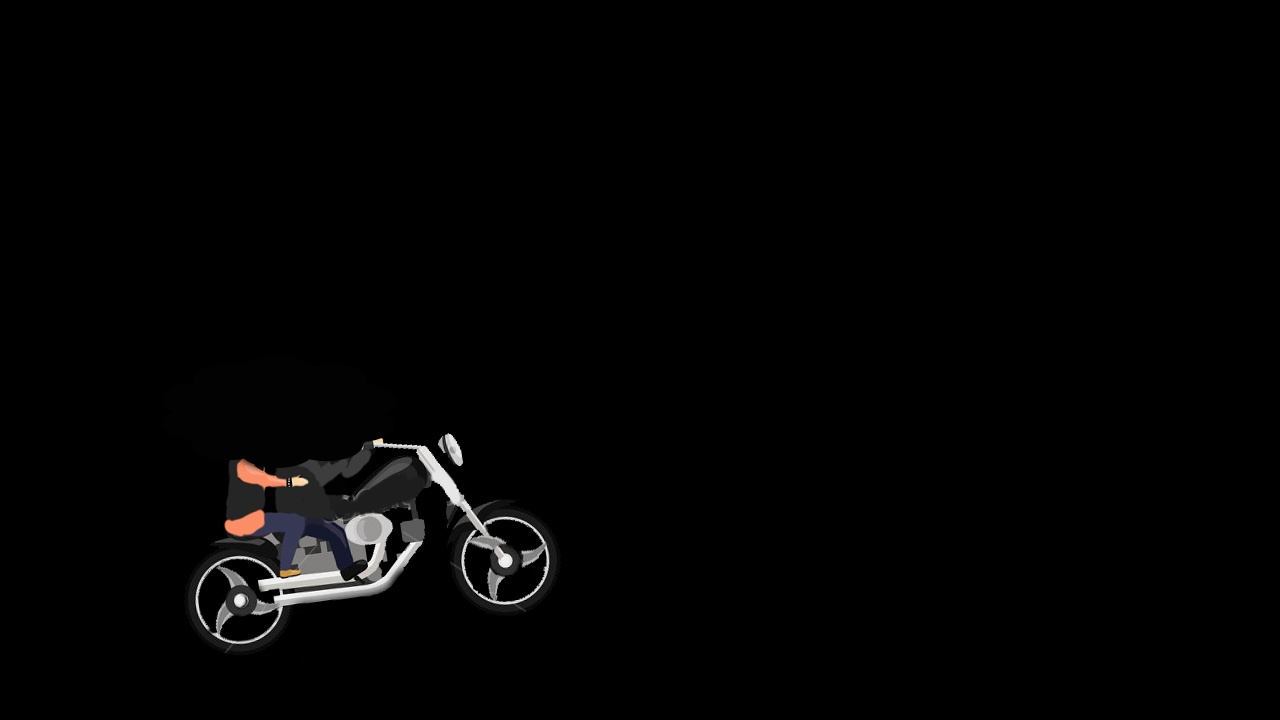 Group each of the three Spoke objects into one Spokes object. This will make selecting and re-positioning the spokes within the wheel component much easier

Combine your spokes object with the Axels + Rims + Tyres objects to create your Final wheels Object in the right layer order.

Duplicate the Motorbike object for each frame and adjust the components as required on each frame. (1 sec footage at 25 fps = you should have 25 separate frames) create enough duplicates to rotate the wheel smoothly. You can increase to 30fps etc.

You should then be able to re position the Motorbike object and the two wheels objects and adjust the rotations as required along your path, easily animating the wheels at different speeds relative to the bikes distance with minimal work. And have the ability to adjust each frame as needed.

However, all that said, I would advise using a program such as After Effects to create such an effect as its very easy to import your Photoshop / Illustrator smart objects and animate them along complex paths in 3D and export in various formats.

You could animate a wheel object to speed up over time, offset them in the comp and animate the bike to move in the main comp having the wheels animated automatically relative to time / frame.

You would also have options for your frame rates / playback speeds.