First I made a framework which you can see underneath the design. Then I connected the dots and made the design. The corners of the lines are broken until I join them with the CMD + J function. The problem lies in the centre where this doesn't work. It either adds extra lines (connects the wrong dots) or it stays broken. How would you approach this? How to turn all the separate lines into one line.

I even face this problem when only having three lines for example. It then jumps into a triangle shape whereas I wish it to stay a line. 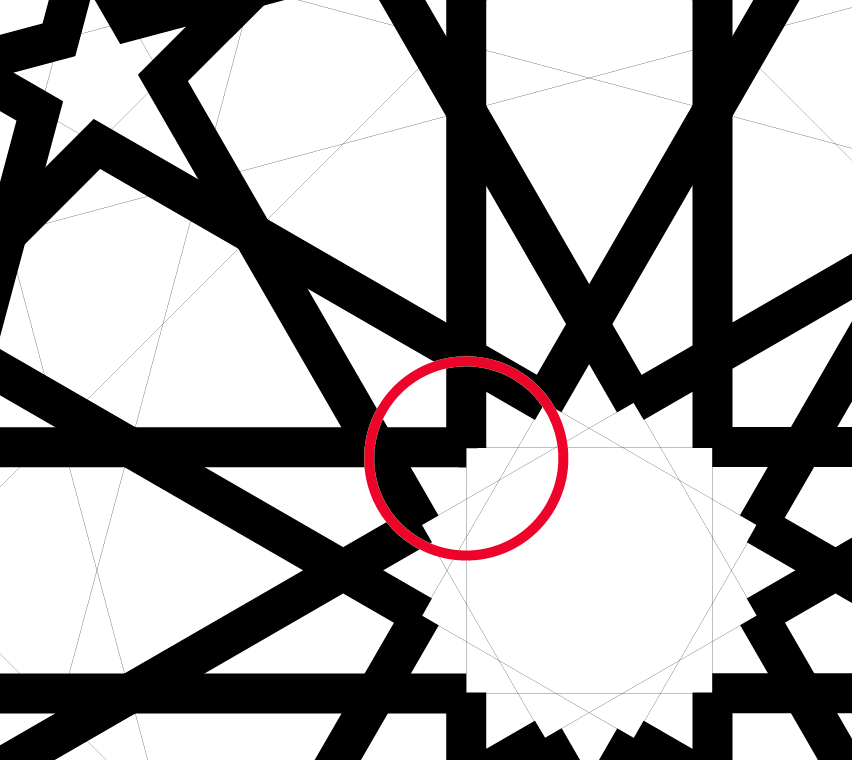 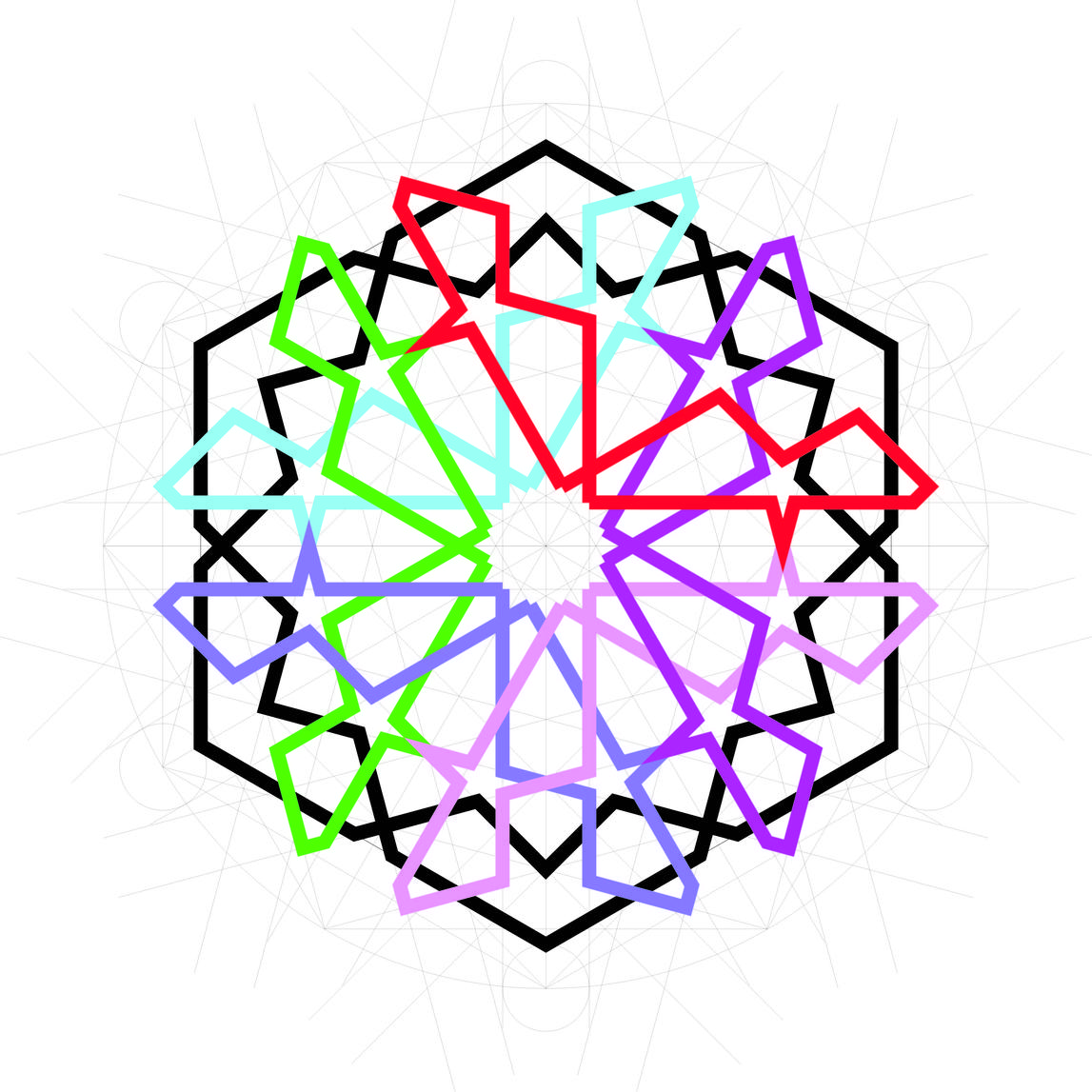 The tutorial you linked to is not the way I would generally go about producing such geometric designs. I think it would be possible to create most of this from only a few paths, using the transform effects in the Appearance panel. Joining paths is not required in the following techniques I describe.

Here's an example showing one shape, with two transform effects applied, one of which is Reflect X with 1 copy, and another with a 60 degree rotation with 5 copies. 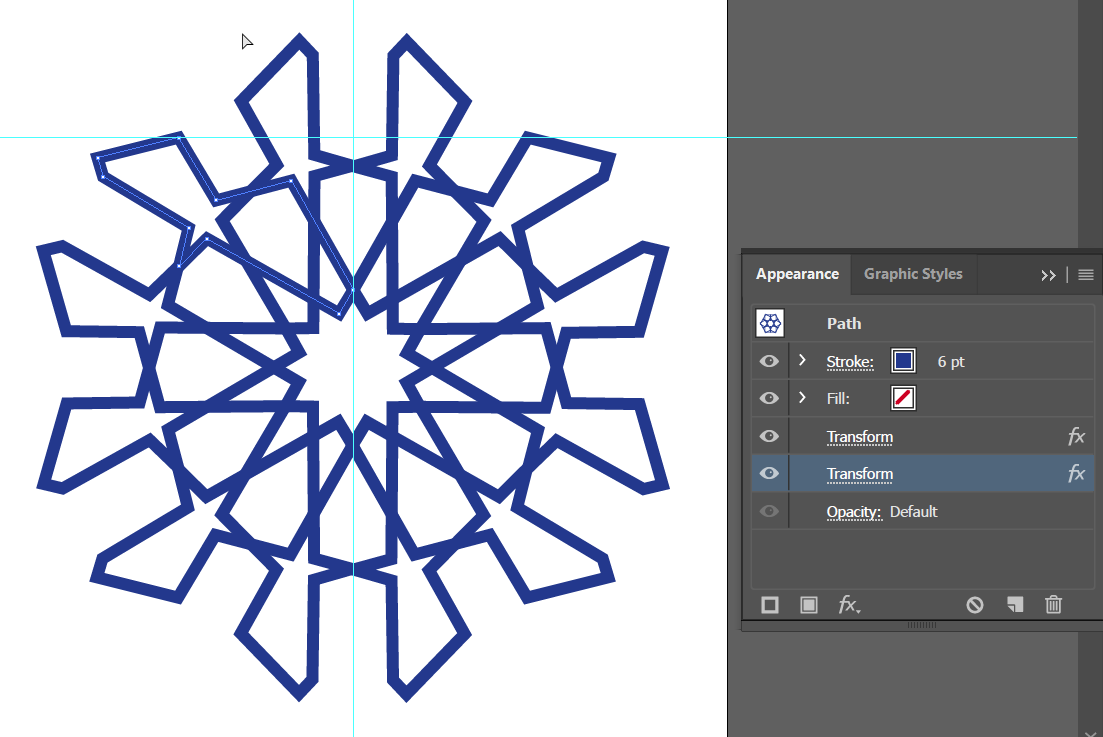 Here I add another two paths - one is a 12 pointed star, and the other a single path with Reflect X and 1 copy, and 60 rotate and 5 copies to make the outer hexagon. You can see each of the three paths in this screenshot. It's not exactly the same as your example, but I'm sure you get the general idea. 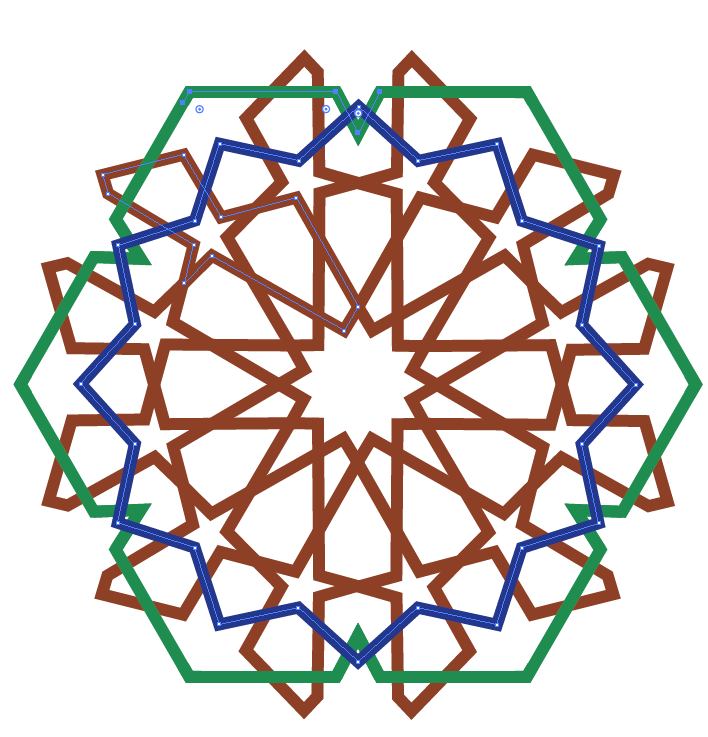 Here are the 3 paths shown without the transform effects 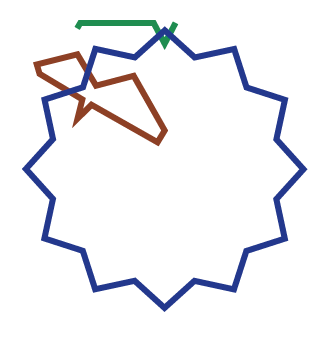