The image below seems like it's a rendered 3D model. How can I make a 2D image in Illustrator or Photoshop to have the same look? 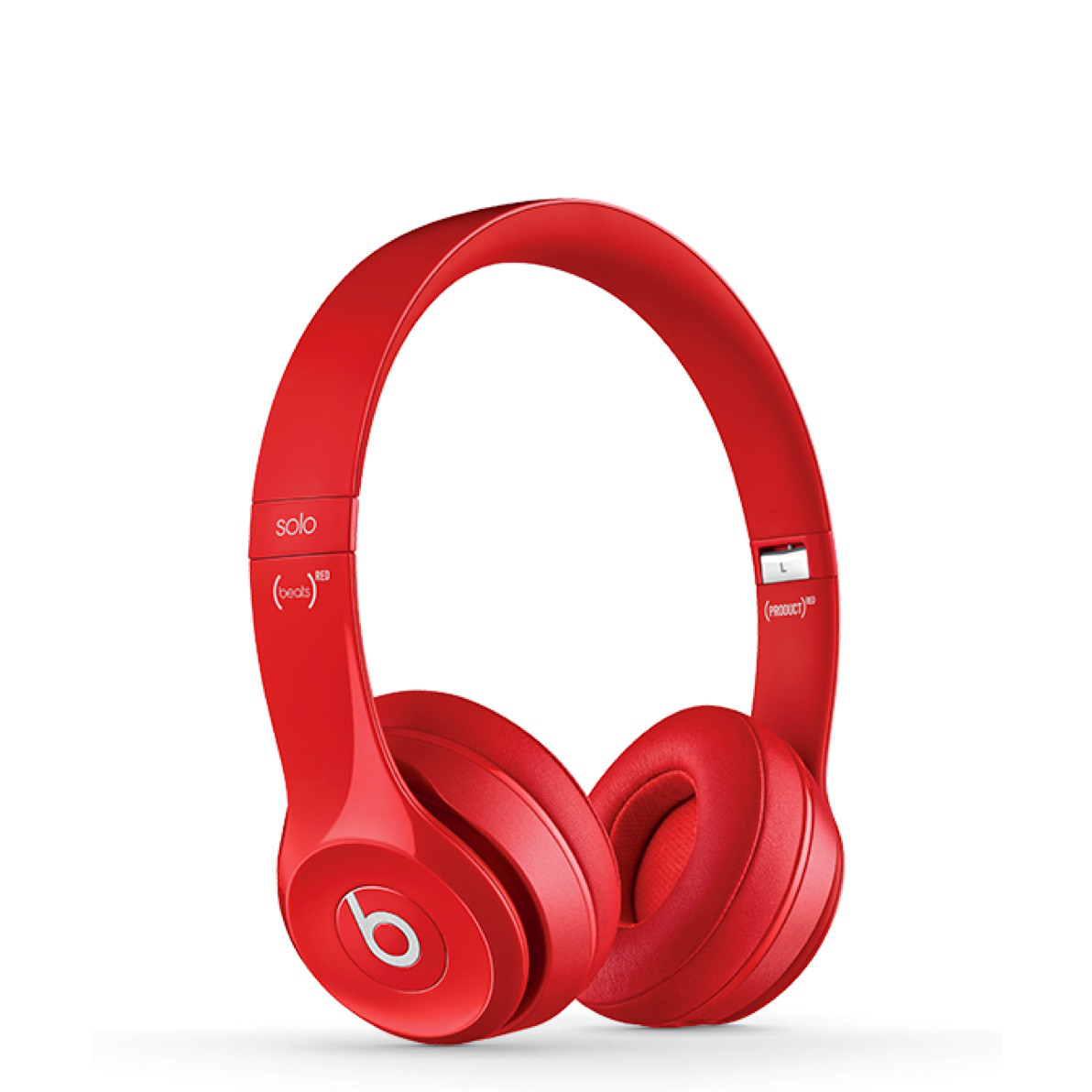 This is a photo. There is some unclear hole, even a mechanical defect at the bottom that would be improbable in renderings. The photo has been taken in good uniform light, possibly in a lightbox. The background removal is surgical.

In photoshop one can use smart blur and coloring to make the surfaces more artificial looking. As presented in my example, some surfaces or edges may need fixes to make them simpler. They can be too complex to be plausible as 3D model.

The shadow is artificial, maybe drawn or a mirror copy which is carefully greyed, thinned and blurred.

An example: I had only trash ready hedphones, so I took a tape dispenser which happened to be on my desk. I put it onto a flat led lamp and took 2 photos from the same position (I had a camera stand) One without flash and one with flash.

Both were copied into the same PSD. I used the dark one to make a selection with the magic wand and the bright one lost its background. Definitely not especially surgical background removal, but enough for demonstrations. See the preparation cartoon: 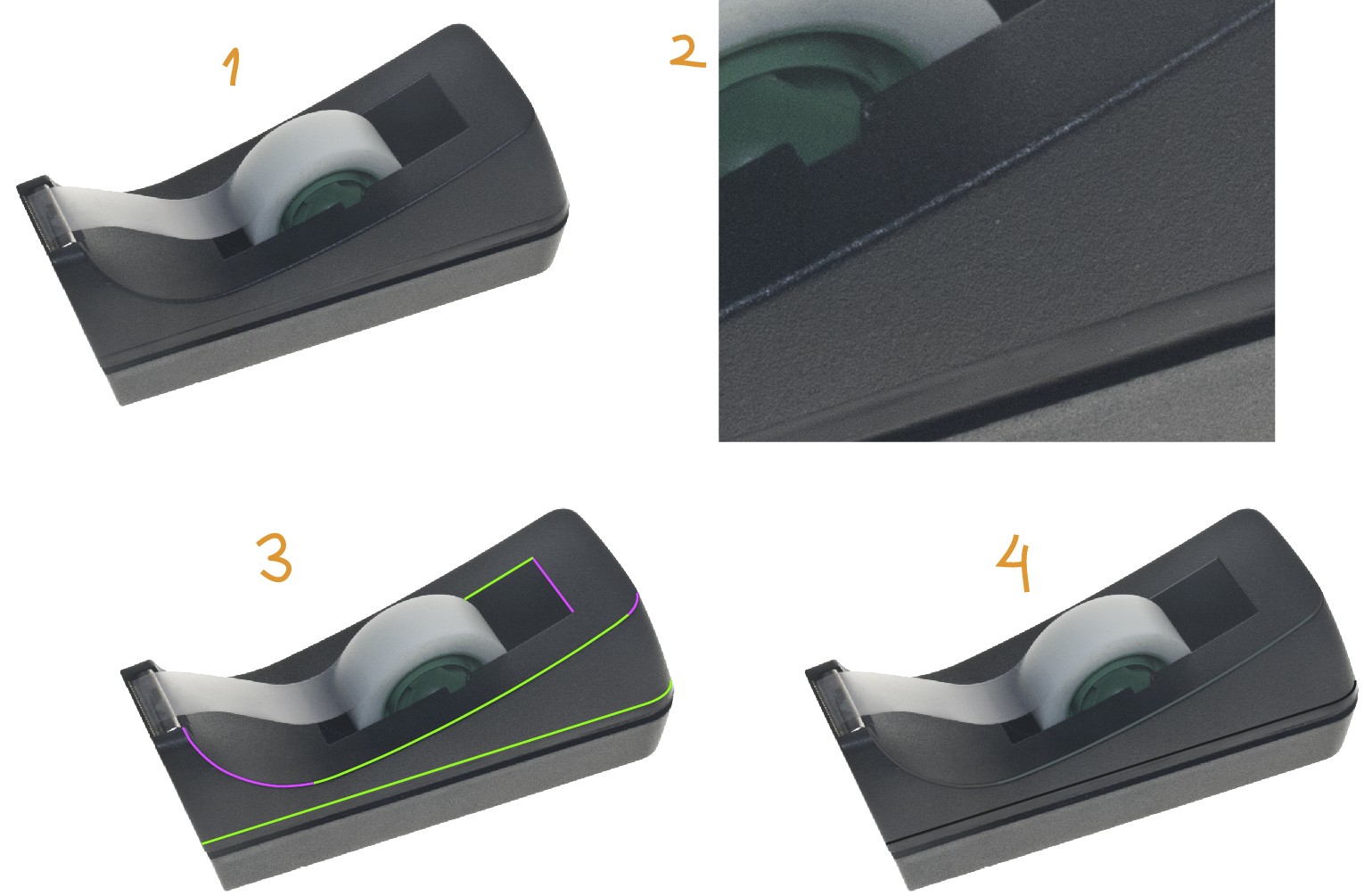 The next step was to conjure the material to smooth plastics. That was made by applying smart blur. It saves local contrasts which are stronger than the selected treshold.

The following image shows how much the photo has changed until this. The left half is the current version and the right half is the original, only the background is removed. 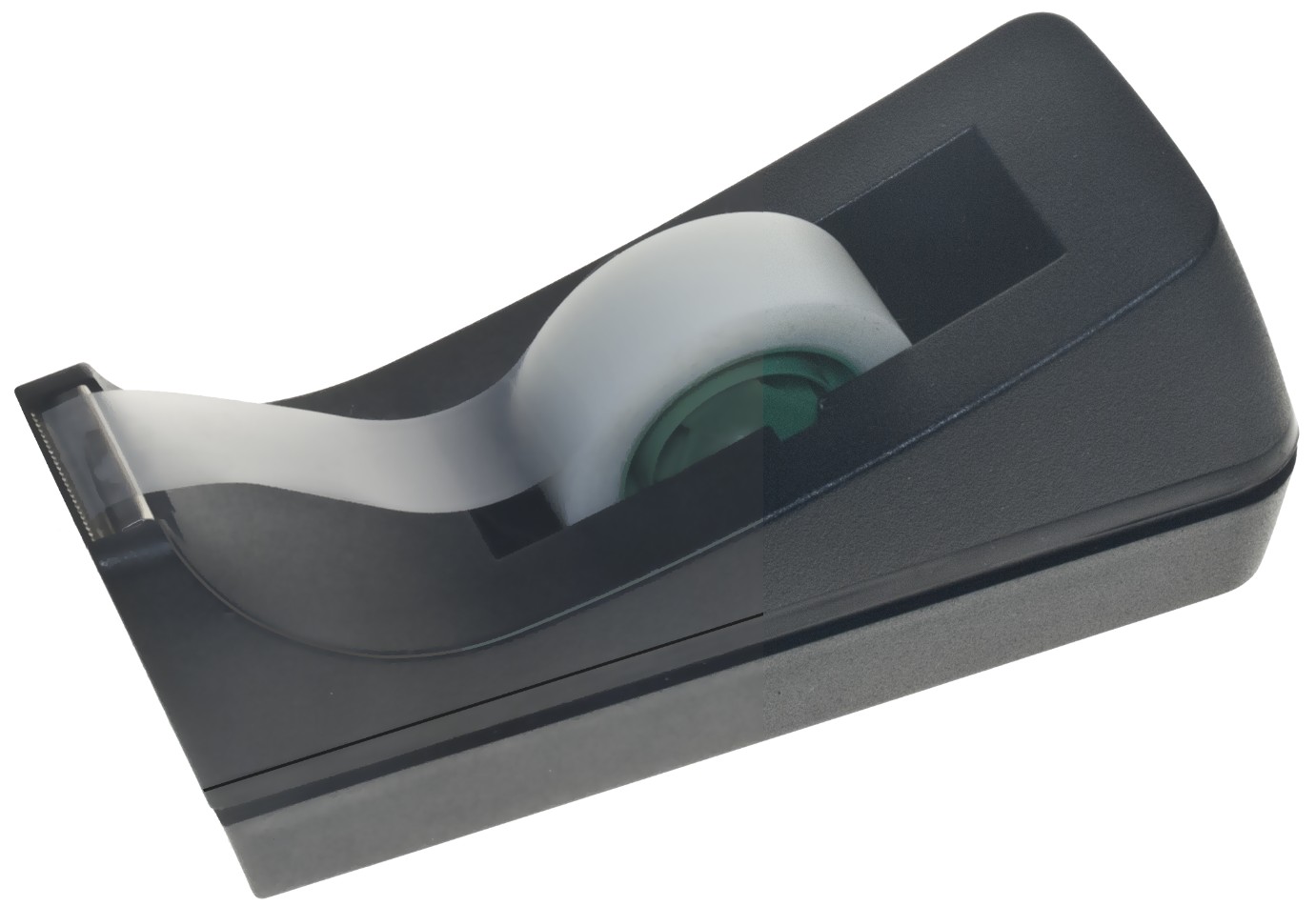 The colors are random and a little unreal, but easily available in CAD software when no materials are applied, only selected some solid colors.

The colored areas were made as selections, which automatically turned to layer masks when a new layer got the mask.

3 coloring layers was added. All have blending mode = Color. 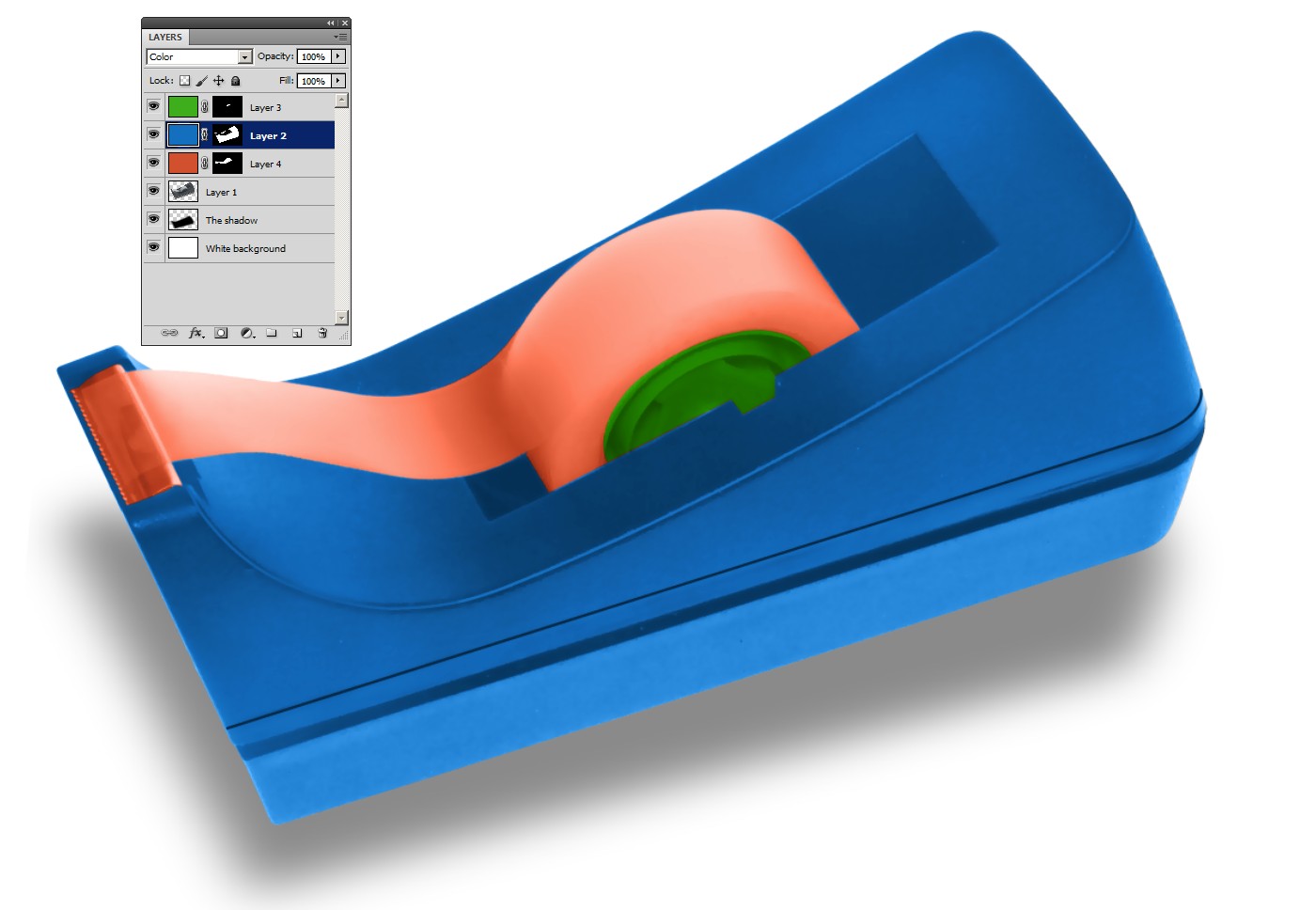 The shadow is a distorted and blurred copy of full black version of the image with reduced opacity.

ADD: A sharp logo or text (=too good to be a photo) - can increase the 3D model looks. The shading must conform with the shading, surface direction and color of the rest of the image to avoid the "someone has added this" effect.

Here the most plausible side for a logo is not visible, so I added a random text: 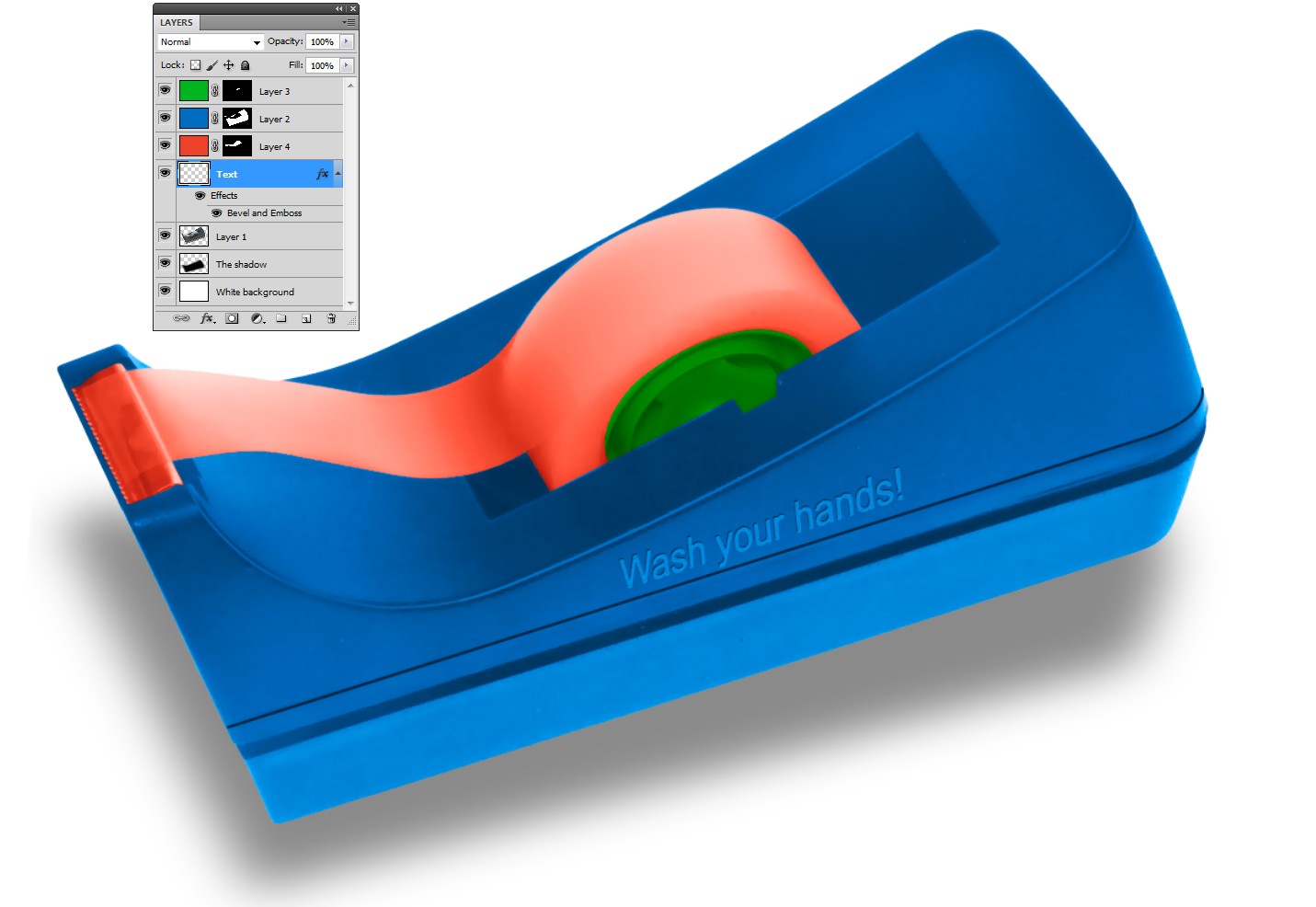 It has got the following treatment:

2
How can I make this bevel and emboss effect look deeper
0
Select dots on image and modify the color of some of them
1
How can I resize a round image in Photoshop?
10
How was this image designed?
2
How to make an object look like it's reflected in water in Adobe Illustrator?
0
How do you make a picture look like it's coming out of a circle?