Lift corners of paper a little bit up [Adobe Illustrator]

I've some small papers/photos that I want to stand up a little bit from the background. I want to let it look like the corners of the paper/photo are lifted a little bit up ... not folded around, I don't want to the back face ... but a little bit more up in the air then the rest of the paper (rectangle).

Is this somehow possible in Illustrator? I saw some tutorials, that managed it in Photoshop by manually drawing the shadows and thus creating the illusion of my wanted effect ... but I'm looking for something 'vetorlike' in Illustrator.

You can make a bent shadow: 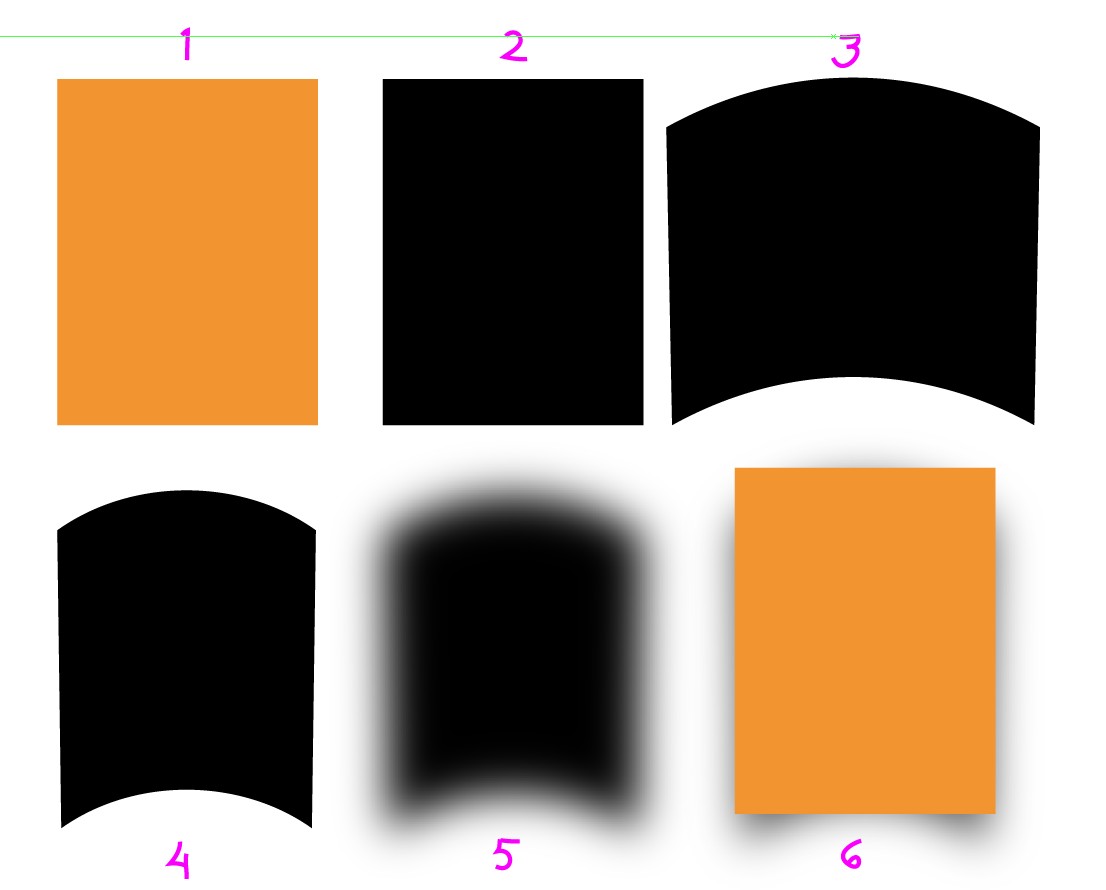 1.Your paper or photo

2.to 4. A bent black shape of the approximately same size is made. In 3 Envelope distort with warp > Arc was applied. The result was too wide, but it was dragged narrower. With direct selection tool the curvature is easily adjustable even after phase 5. As well one can draw the wanted shape with the pen or add anchor points in the middle of the top and bottom edges and drag them. The form is not at all critical. I have got quite the same result by painting a curve with the painting brush tool. A wide stroke is enough, the fill in the middle is actually useless.

5.The black shape has got Gaussian blur

6.The blurred shape is placed under the paper. Its opacity is reduced and the placement is fine tuned.

Opacity and the amount of blur are editable afterwards. Those things are accessible via the appearance panel.

If it happens that you want make your paper or photo to look out bent, there's Envelope distort for it. The distorted object must be embedded, not linked. An example: 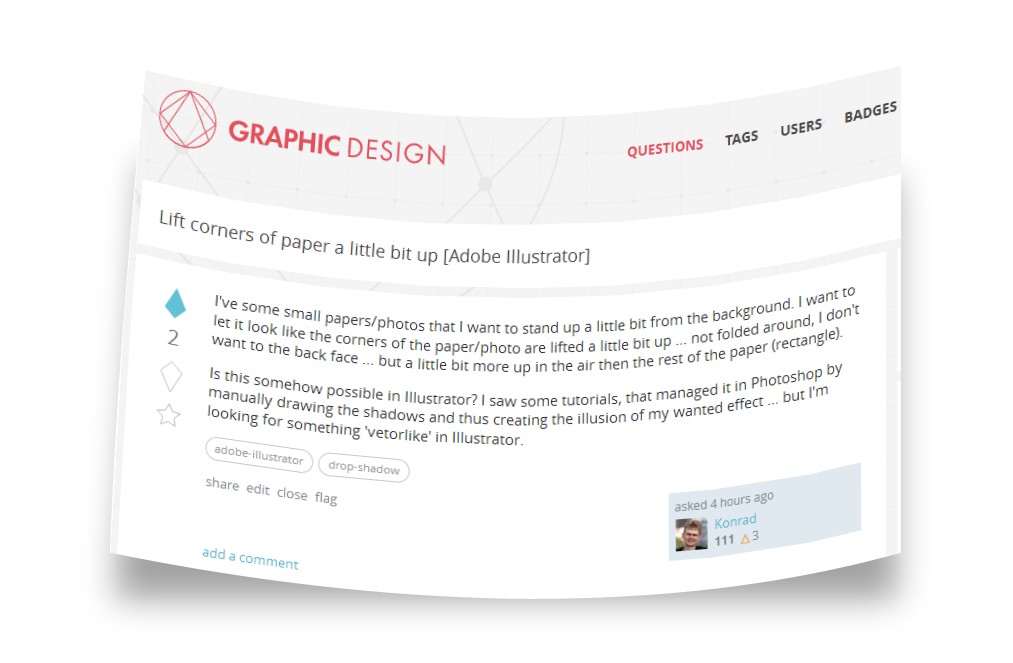 A screenshot is pasted to Illustrator. It has got 1 row x 1 column Envelope distort mesh. The handles in the corners and the corners themself were dragged with the direct selection tool for wanted curvature and perspective. There's no need to modify all 4 corners.

Under the screenshot is a shadow. It was a black rectangle, which has got the following treatment:

The shadow must not be bent now, because the image already is bent.

As user @Scott has written in his text, I noticed that Gaussian blur was recalculated often - a slightest move with the mouse was interpreted to be an edit which needed a recalculation. For efficiency the blur should be rasterized or left out. A solid grey shadow can be good enough.

If it isn't and the rasterization also is out of question, because the result must be editable, one can shut the blur in the appearance panel when no recalculations are wanted to slow down the program.

There's a possiblity to find more effective blurred shadow than using Gaussian Blur and without scrapping the editability rasterizing the blur. One can put 2 crossing gradients at the same place. The upper is the opacity mask for the lower. That method still needs tests. I haven't a ready to use receipe for it.

If one leaves the shadow totally out, something straight is needed under the bent object to give a reference to the eye.

The bent image can need some shading. In the following example a gradient with blending mode = multiply was added. 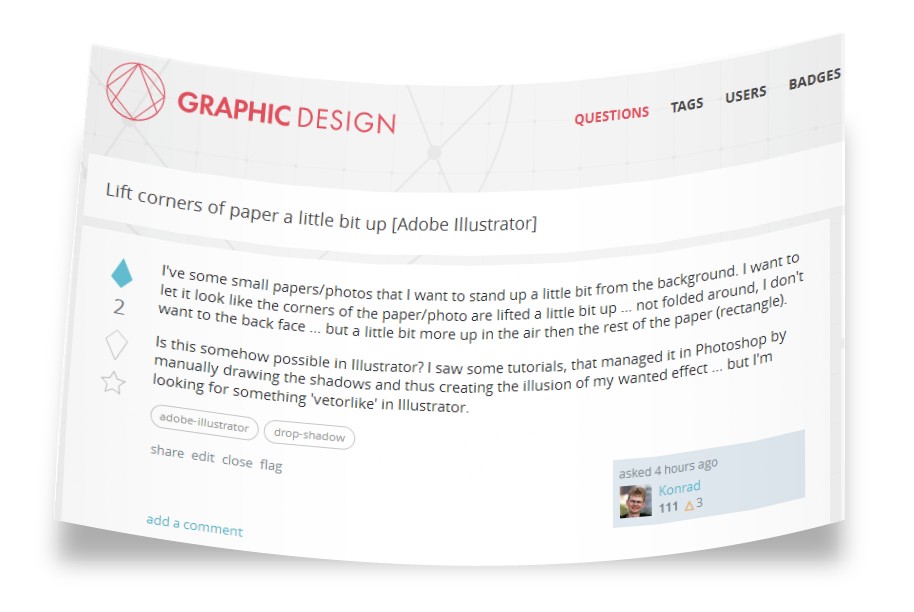 The gradient is three stop grey-white-grey. It makes the left and right edges of the image a little darker. It can also be used to create a highlight. For it blending mode Hard light and opacity tweaking are needed.

I'm not a fan of the raster effects in Illustrator. I prefer to build objects as concise and scalable as possible. And while I don't mind some effects turning to raster upon saving and exporting, I prefer the edit ability and flexibility of the Appearance Panel and multiple fills/strokes over using things with the built in Gaussian Blur (such as the Drop Shadow Effect). Gaussian blur can really start to slow down artwork when used. The Appearance Panel method won't do hat to the same degree.

So you can build a general, curved shadow, using the Appearance Panel and a single additional fill. 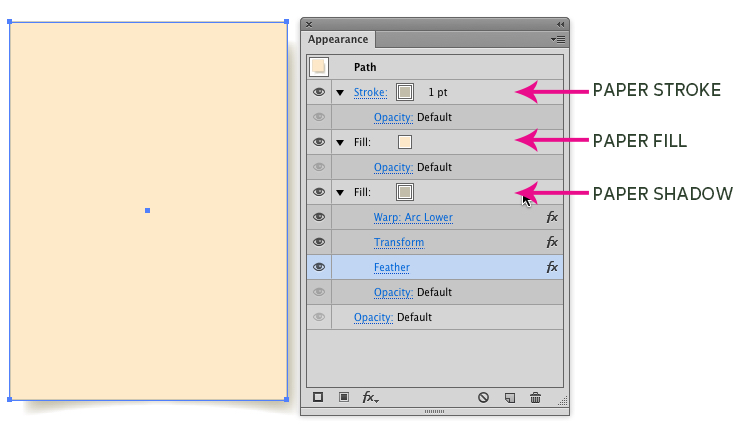 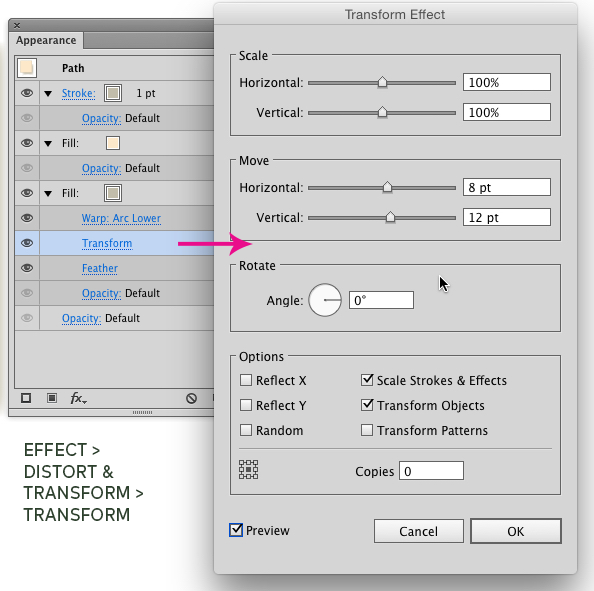 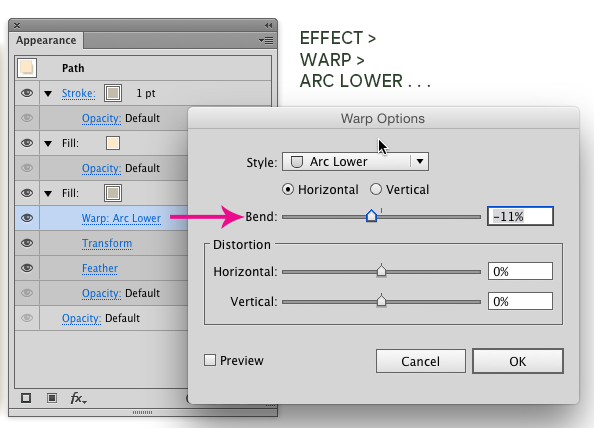 To soften the edges of the shadow, higher number makes shadow edges softer . . . 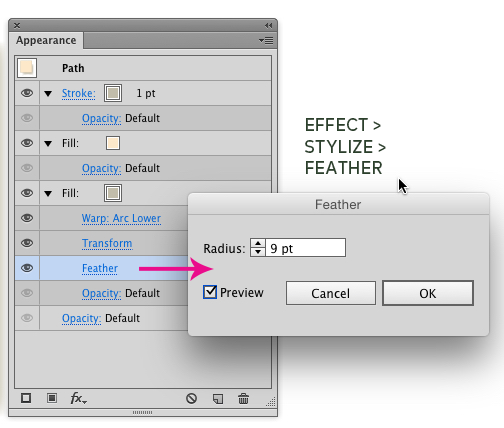 When you are done, select the object and drag it to the Graphic Styles panel. You can then draw a shape and simply click the Style you created to apply the same effect....

If you want the corner of the shape curved up, as if it's flipping, You must draw that manually. There's no effect or trick to curling one corner of a rectangle. And really, most of the tutorials using Photoshop and drawing shape layers for the corner curl will be directly relatable to using the Pen Tool in Illustrator.

Not the answer you're looking for? Browse other questions tagged adobe-illustrator drop-shadow or ask your own question.

6
How do I send a file I've created in InDesign to someone else, so they can open it up in InDesign and work with the file too?
1
Attaching image of real object to other one
1
How to cut out a shape from another shape that has effects?
6
Adobe Illustrator: Can an object cast a drop shadow without being visible itself?
0
Adobe Illustrator CC:How to adjust blurred corners for this shape?
0
Which program do I use for multi-page document with master elements
0
Increase color depth to 16 Bit / reduce banding in Adobe Illustrator