how to make a double helix in sketchup?

I want to make a double Helix around a line. Is this possible? Preferably I'd like to costumize the form of the helixes as well like make them triangles around a cylinder.

Double helix is two helixes with the same axis. Another is only rotated 180 degrees around the axis.

Making a helix is little tricky task to perform with SketchUP because that program does not know helix. It must be built in pieces.Fortunately a half thread is relatively easy to do. Then one can pile those halves. But that's already well presented for example in YouTube tutorials.

Another way is to take some simple 3D CAD program which knows the helix. I have several times recommended DesignSpark Mechanical, which is clearly made for beginners and exports well SketchUP format files. That program is a heavily simplified version of SpaceClaim. But It's free.

I guessed that you want a double threaded screw in SketchUP So, we make one in DesignSpark and save it as *.skp. We place only the threads onto a cylinder, we do not make standard threads which in practice are lathed into the cylinder and have symmetrical and rounded top and bottom,

At first sketch in 2D the needed parts. They are a line (=the axis, no need to have the exact length), a triangle (=thread profile) and a circle to be extruder to a cylinder:

The same parts after stepping out from 2D sketching:

We make a 180 degrees rotated copy of the heliz. Then we have a double-helix. The Move tool creates a copy, if one holds Ctrl when moving or rotating. The next image has that copy done. Our circle is just under -90 degrees rotation for pulling it to a cylinder.

The cylinder is pulled:

There's some extra lenghth which is easy to cut off, if needed. DesignSpark Mechanical tries automaically merge solids which touch each other. Every time one must remember to click option "Do not Merge!" if he wants to keep the parts separate.

The ends of the threads are not smooth. If wanted. it's possible to round them for example by rounding one edge (=push with the pull tool): 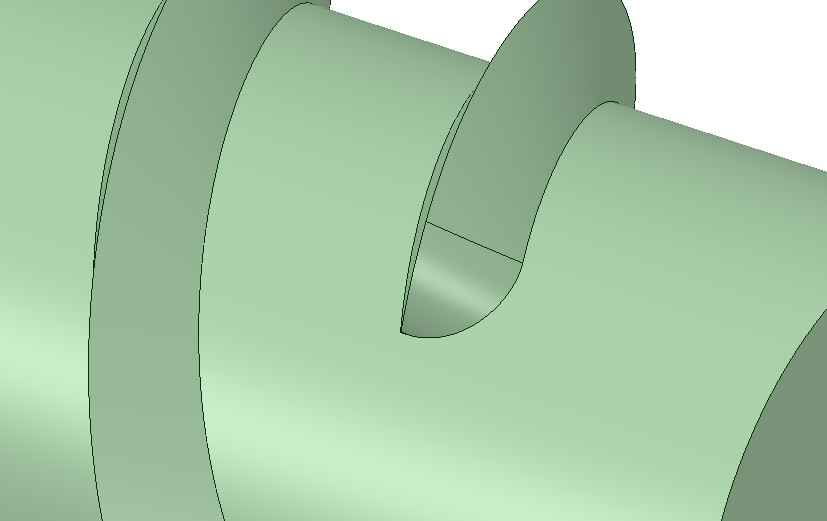 another possiblity for practical smoothing is to add a tapered section to make the thread to dive inside the cylinder. Here the end triangle is pulled 15mm more to helix with tapering angle =-30 degrees:

The result is saved as SKP 2014 and opened in SketchUP: 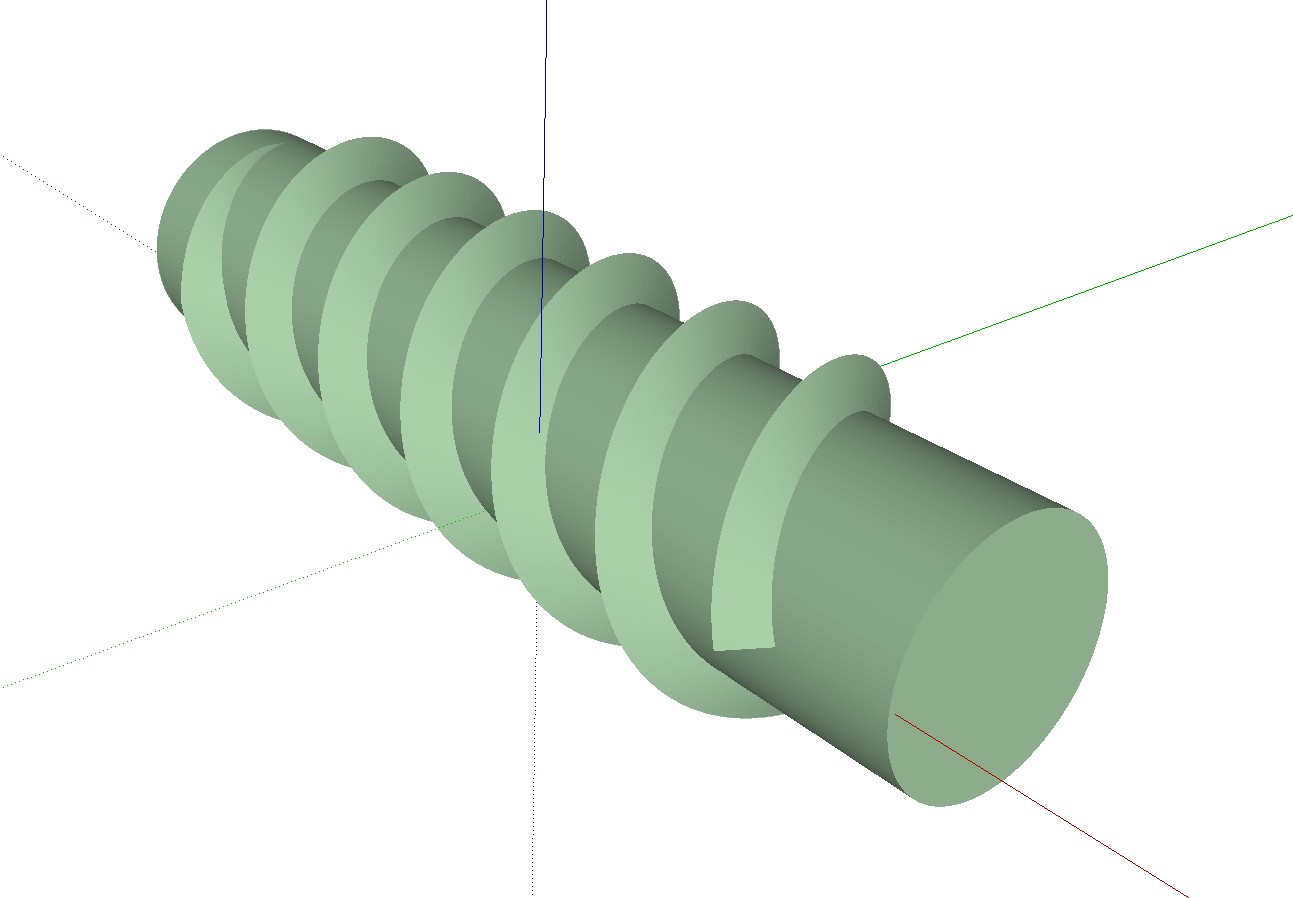 It does not seem different, but it is. Now it's a surface model which is made of small triangles just like all surfaces in SketchUP.

ADD: More screw-like threads are possible for example by making the pitch so narrow that the threads are side by side. The following image has an example of it. There's no cylinder and the thread shape is rounded like in a real screw. There is double thread. 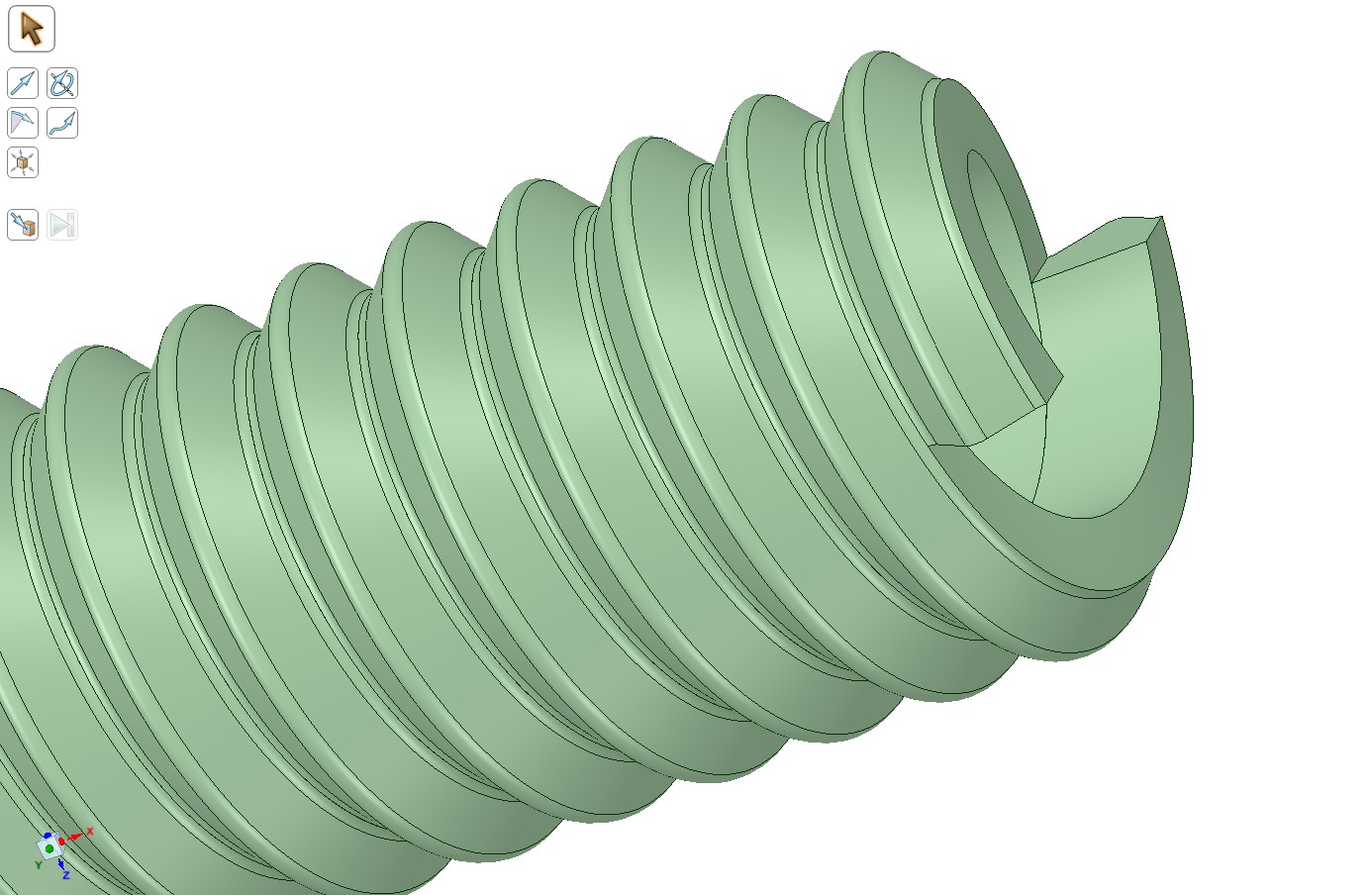 0
Sketchup How To Create Two Rectangles and Stack Them on Each Other Without Being Sticky and Distorting and Locking Together?
0
Sketchup push/pull images or models
3
How to flatten object in Sketchup?
0
Sketchup: Issues healing model
1
Disable see-through view mode in SketchUp
2
voxel smoothing on sketchup
1
How to align two objects to the same grid (in sketchup free)?
0
How to get rid of these lines and join objects in Sketchup Make 2017
0
Make cutting in the SketchUp component