Illustrator: how to achieve a conical gradient effect

Is there a way to get this effect on circles in Illustrator? 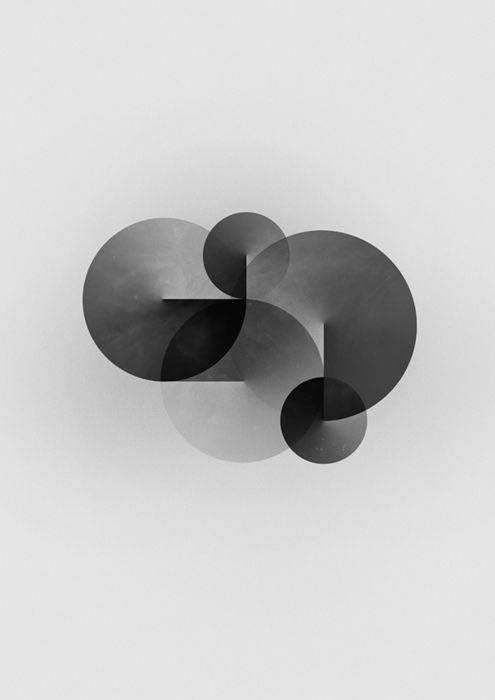 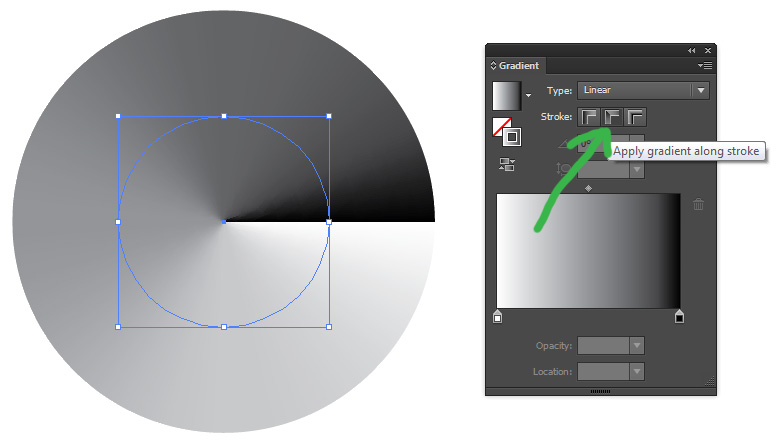 Your original title before a 3rd party edit was about "How do I get this effect in Illustrator". Here's my answer:

You need also a texture which makes the surface to look out like stained metal. It can be a photo of an old concrete wall, but using a photo limits the possiblities to enlarge the image. A vector shape is better. Here's a screenshot of one:

This is quite poor attempt when compared side by side with a real photo. The contrast and the richness of details are low, but they are enough just for this case. The next screenshot shows the difference between pure and textured conical gradients 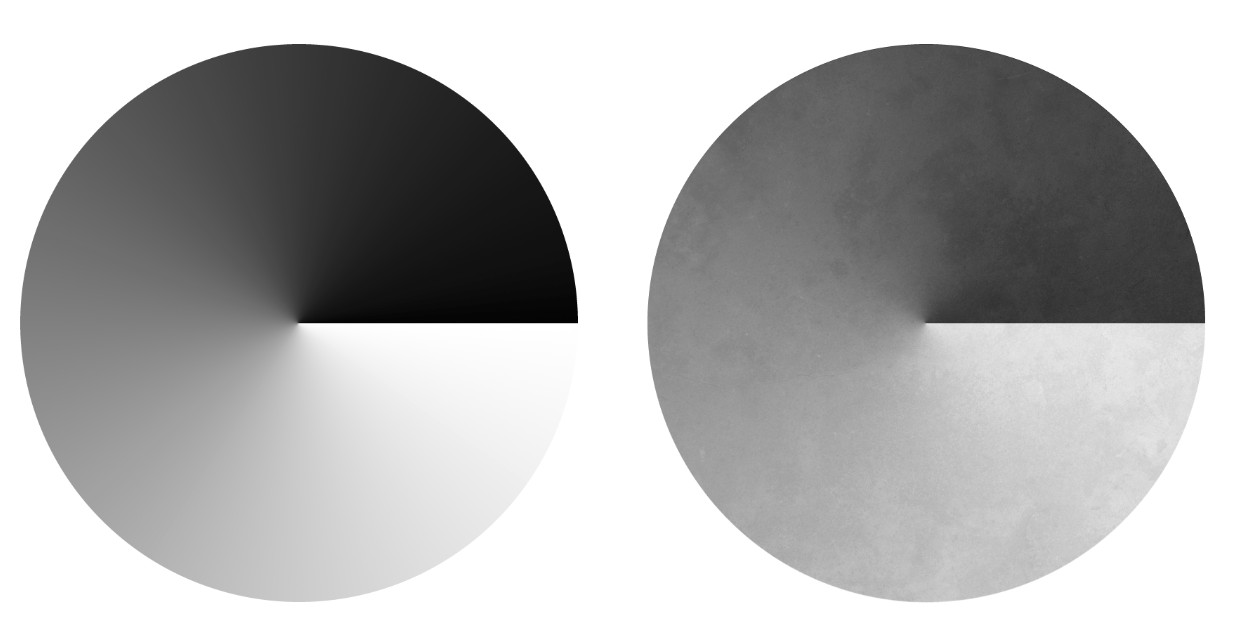 The texture has got circular clipping mask and it's placed onto the gradient with reduced opacity. The opacity and the used blending mode affect radically to the result. Both of them are accessible easiest in the appearance panel.

In your image some of the circles are made quite dark. In illustrator the brightness can be reduced by adding a grey circle with blending mode multiply. Adjustment is possible with the greyshade selection and also by adjusting the opacity. Blending mode normal reduces the contrast.

There's played with gradual opacity, too. In Illustrator we have opacity masks. One can add a greyshade shape over another shape and define the uppermost to be the opacity mask (and a clipping mask, too, if needed). Normally black on the top means full transparency and white means fully opaque. That can be inverted and so is done in my examples,

The opacity mask can be defined in the top right corner menu of the transparency panel. In the following example the rightmost gradient+texture circle has got an opacity mask, The blue shape is only for showing the effect. Note: the opacity makes the texture weaker, but it can be compensated beforehand by increasing its own opacity:

The background of your image is grey. Actually it's a gradient.Near the center the brightbess is about 75%, but in the corners it's 90%. The grey makes the white extreme of the gradient better visible. In the last example there's a grey background and the bigger shape (on the top) has gradual transparency: 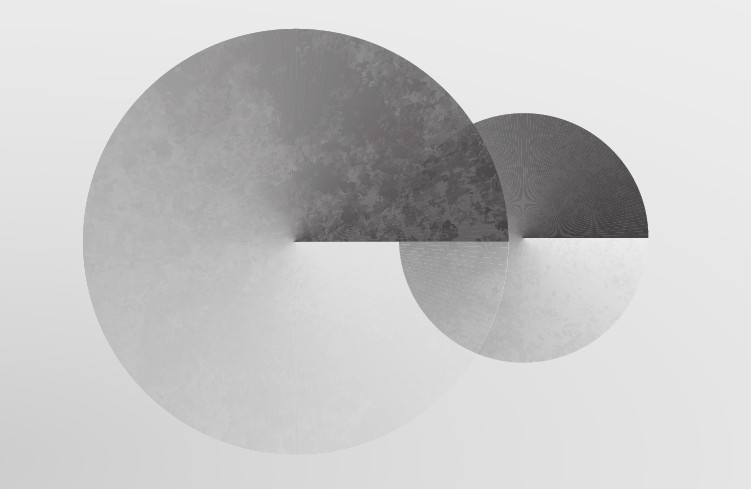 Finally: Your example is a fine composition. It's not made by the technical effects. It's made by an artist.

Not the answer you're looking for? Browse other questions tagged adobe-illustrator gradient effects or ask your own question.

-2
How to create a simple grayscale image with conical gradient?