I need to create a series of shapes that have a gradient applied to only part of the shape (many of these shapes wrap around, so I can’t just put the gradient on part of it). To do this, I’ve cut the shapes, and put a gradient on the part that I want. This is fine, until some of the shapes need to have the opacity set to less than 100%. For whatever reason, a line shows up at the edge between the gradient part and the non-gradient part.

I’ve checked to see if there’s any overlap between the parts (since they have opacity set to 50% here, I thought maybe they were slightly overlapping,) but dividing the shapes further does nothing, so it seems there’s no overlap. Is this a glitch in Illustrator, or am I missing something?

The line is still there when I save the image as a jpg, png, etc.

I tried cutting the shapes by math a path on top of the shape and using "divide", and I also tried by using the scissor tool. Same edge either way.

Picture is below, the edge line is very faint but visible. 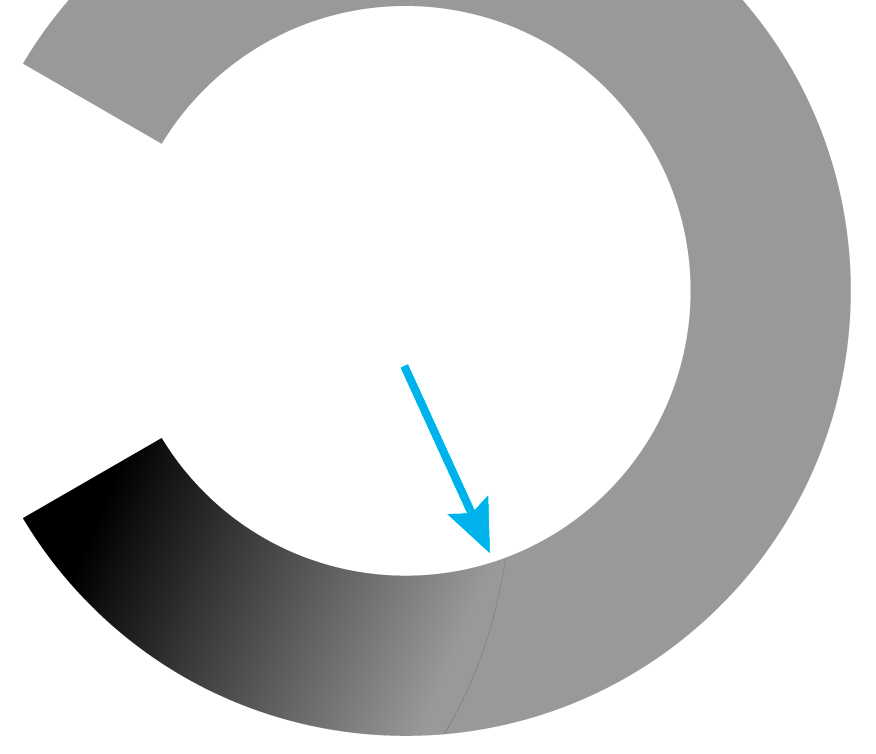 It's possible to add a linear gradient along a stroke in Illustrator and thus avoid such problems altogether.

Basically, make a stroke, suitably thick. Select the path in the Appearanace panel, and open the Gradients panel, and add it to the stroke - select Linear, and click the icon for "Apply Gradient Along Stroke". 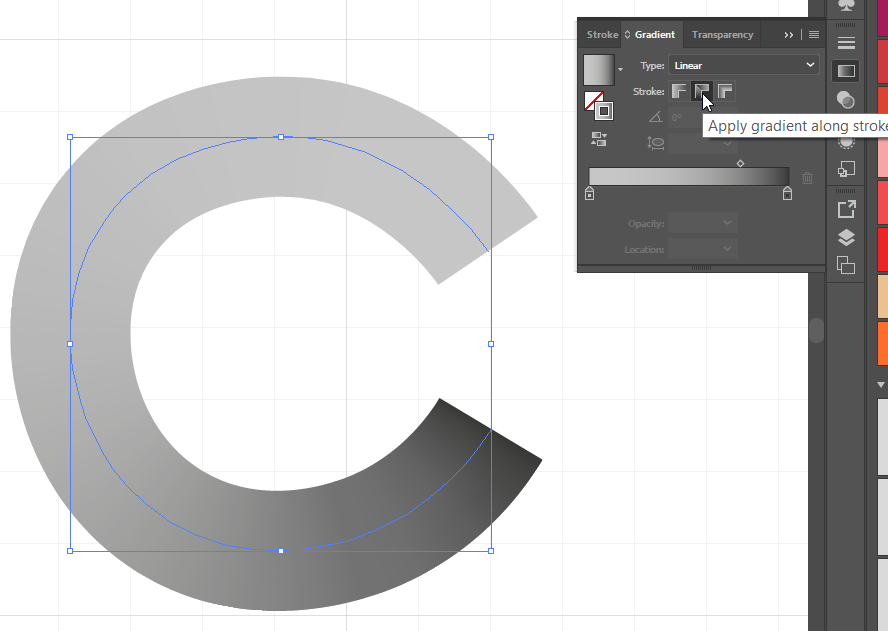 It's a really irritating one. The 'fix' is to group the objects first and then apply the transparency to the group (rather than have two independent transparent objects).

Likely cause: The cause appears to be antialiasing. Illustrator antialiases each of the objects separately creating a thin line where the semi-transparent antialiased edge pixels overlap each other. This isn't an issue in (most) opaque objects because the edge pixels are likely the same colour as the object itself.

Not the answer you're looking for? Browse other questions tagged adobe-illustrator shapes transparency gradient or ask your own question.