In several animating software such as Blender, source film maker,etc. ... , they visual the position of an object over time by pulsating line. Does that visualization technic have a name? 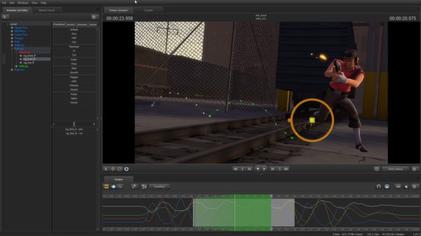 In this link, you can see the line with gree dot that illustrate the movement. In source filmmaker, the green dot also glow one by one depend on the difference in timeline of the keyframe

I dont think the technique has a name as such. As with most things visual having a name for everything is impossible simply because written language is limited in scope.

However the pulsating points on the trajectory of the object path are called (when they are called anything) time ticks. Time ticks are sort of a extension of onion skinning on the path only, but also common from drawing graphs with uneven axes, just that your axis is not straight.

Now different applications have different names for these, simply because there is no central authority on names in 3D*, many applications just dont give it a name at all. See language is limited in explaining visual things, which is why we draw pictures when we design physical objects.

* A more dramatic example is the loft command, that is also been called sweep, blend, etc. But then what other applications call sweep is a bi-rail in another application, and what others call blend is totally different form a loft... Go figure.

Not the answer you're looking for? Browse other questions tagged data-visualisation blender or ask your own question.

6
What software can create and annotate a 3D model's outline?
2
What is the name of this chart element?
3
Is there an automatic tool that can crawl a live site and generate both a visual sitemap and single-page screenshots?
1
What software do you recommend for data visualization and graphing?