Please note that "Snap Vector Tools and Transforms to Pixel Grid" already enabled and I did so much search before I post this. I use Photoshop CC 2014.

First I created a square 400X400 and I duplicate this square 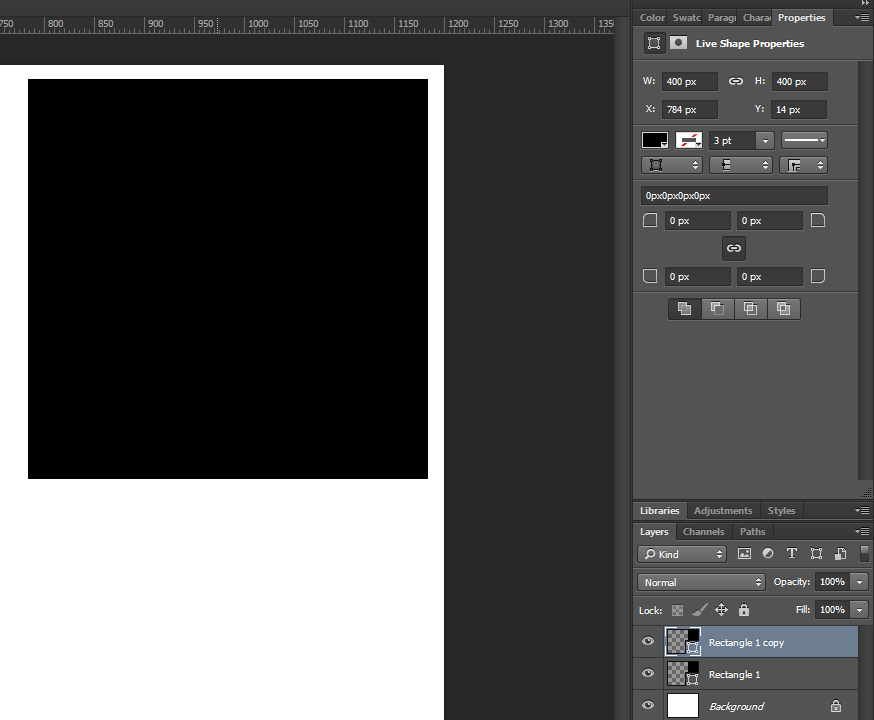 Then I placed the duplicated square under the first one 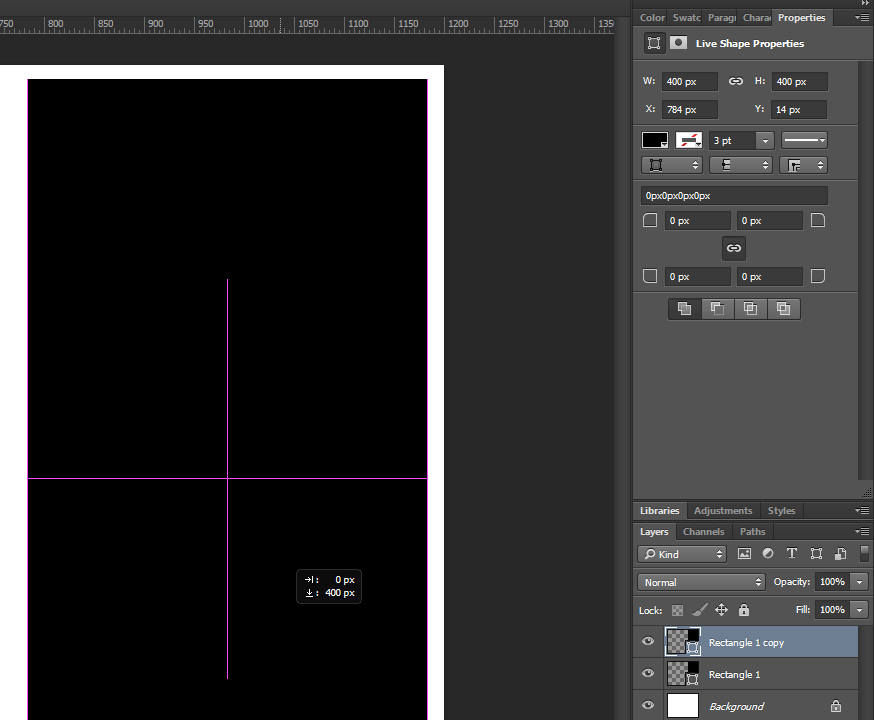 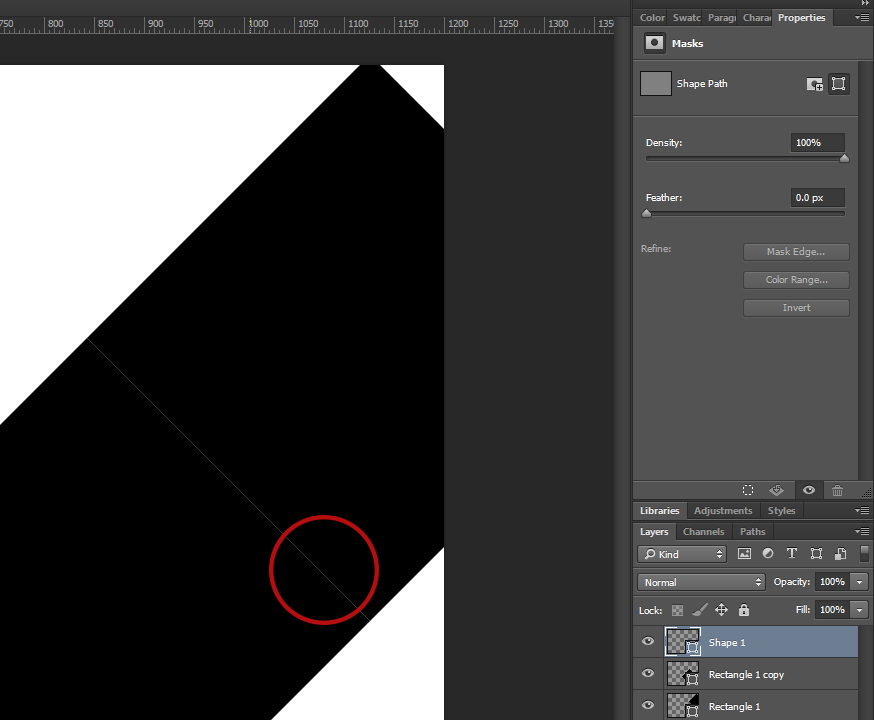 So how I get rid of this space?

It's an anti-aliasing artifact. Basically what happen on angles or curves when two objects touch, but the software still wants to anti-alias between them.

@Joojaa does a great job of explaining HERE, although that refers to Illustrator specifically.

To correct it... extend one object into the other, so the objects overlap slightly. Or draw a third object behind the existing object of the same color, so that the anti-aliasing is done to a color rather than the white or transparent background.

click on one layer, then go to properties and make sure that you have not got a stroke (this is the gap between the obejcts)

Not the answer you're looking for? Browse other questions tagged adobe-photoshop shapes transform cc-2014 or ask your own question.

235
Is there a reason Hillary Clinton's logo has hidden notches?
39
Image looks embossed when converted to SVG

0
How to create a shape, in a form of two basic shapes partially substracted?
2
Why don't Photoshop shapes align to the pixel grid?
0
How to Stop PS6 Vanishing Point Tool Pixelating Images
3
Pixels shifting after applying Transform in Photoshop
4
How can I extract a layer's transformation matrix in Photoshop?
2
Photoshop — inaccurate 1 pixel brush/pencil
0
Border around artwork when exporting Illustrator
0
Photoshop. Space glitches like in the game Quantum Break
0
How to convert blurry edges to be one of the colors it is blurred between?