I am looking for the font used on swiss car plates. I know the reality is a bit confusing, since there has been several version of the font. Also it appears that some plates that exist are legal, but incorrect. That is due to the fact that plates are delivered by cantons, so there is variations... 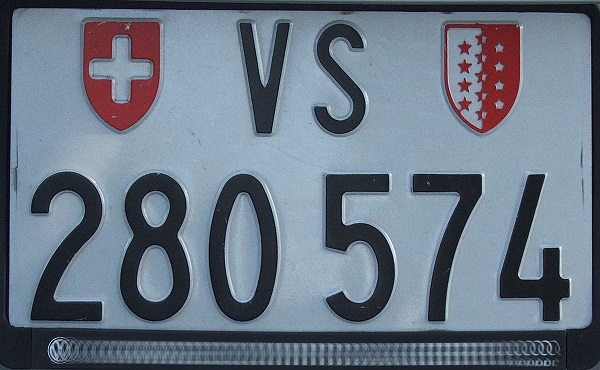 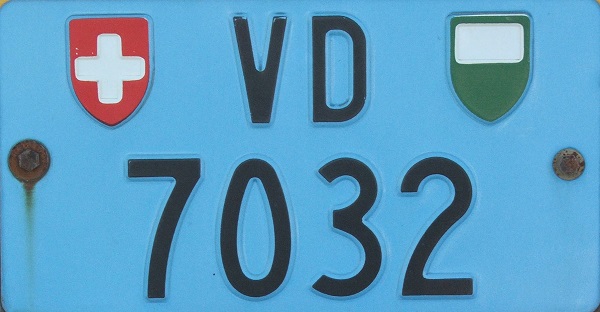 Link to image on Wikipedia

They are slightly different. It is probably two different versions of the same font. I noticed that the "0" is kind off egg shaped, which is very different from the font used is neighboring EU states. The "8" is also recognizable, with a smaller upper loop.

thanks for any help

These are not fonts in the traditional sense where you can just download them digitally to use. The characters are imprints from plate-making dies made specifically for the plate-making machines that produce them.

You will NEVER find a 100% accutare version of this unless you fly over to Switzerland and manage to source and bring back the dies.

That being said, there are a number of typefaces available that either were modeled after or resemble various types of license plates.

You can even test it out here. That could solve some of your problems.

It's also worth noting:

Switzerland’s font seems to show multiple influences. Some characters are based on DIN 1451, such as C, G, O, and Q, which retain DIN’s circular rounds, while other characters with rounded shapes such as B, D, P, and R feature more squarish rounds, similar to France or Britain’s alphabets. Some of the numbers, however, exhibit oval-shaped curves akin to, but a bit different from, those seen in American license plates, while the odd zero character with its base wider than its top recalls the capital O from Germany’s FE Schrift. Definitely a mixed brew.

Here's a German truetype variant that I stumbled across.

Additionally you could just ask the ASTRA Authority, maybe they'd be helpful since "The ASTRA determines the typeface and dimensions for letters and numbers".