Illustrator CC 2018: How to merge two ellipses with curved path

I have two ellipses of different radius and I want to merge them with two curved paths that connects the ellipses. 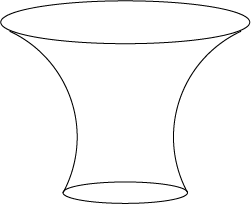 2) I tried metaball script with the 2 ellipses, but was unsuccessful.

3) I also tried cutting the 2 ellipses into two halves by scissor tools and tried to unite the halves using Pathfinder unite, it did not work out.

You can not directly combine paths in the middle of segments. The only way to connect paths is through anchor points. Anchor points only offer two path connectors - an "in" and an "out". At no time can you have 3 paths connected to the same anchor point. You can never connect a path to the middle of another path.

The only ways to accomplish this would be ..... 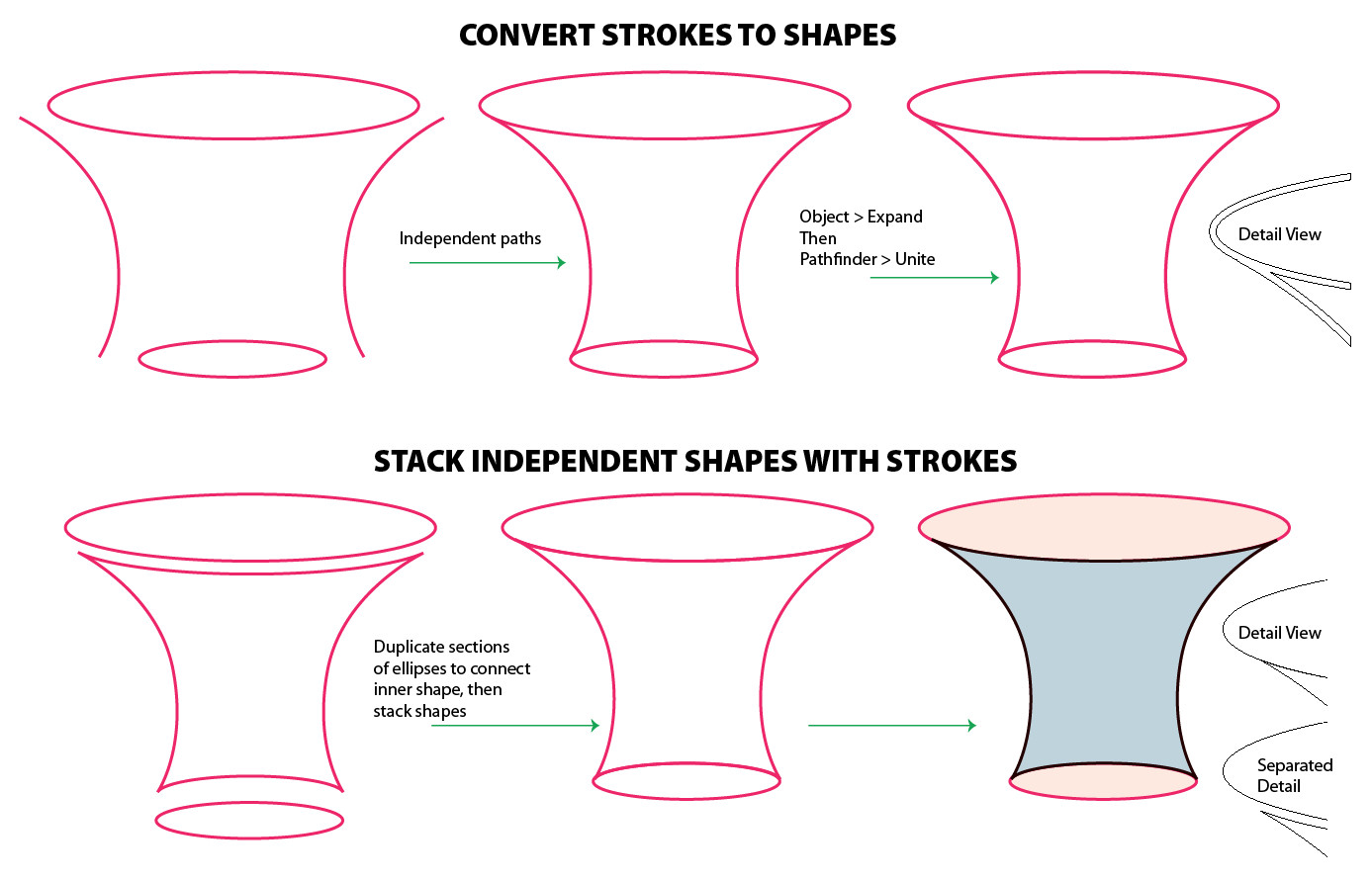 If you are looking to create a single, solid shape out of the overall outline, I would use the top method, then use the Shape Builder tool to just drag down the middle of the result.

You could also merely connect the inner paths, then use Pathfinder to combine the shapes.....

Note that Pathfinder doesn't work well with unfilled stroked paths. Pathfinder prefers closed shapes for most operations. Really the Pathfinder Divide is about the only operation that will work with just strokes.

Quite difficult to add anything relevant, but let's try.

Just in case you are planning an image of 3D revolution surface, you can as well do the surface directly.

You can choose the wieving direction, light and color independently. Illustrator unfortunately doesn't give out a 3D model, only the rendered 2D image. But it's a vector image, not a bitmap.

You can return to revolve dialog by selecting the object and clicking the effect icon in the appearance panel. Everything is editable until you fix the effect by selecting Object > Expand Appearance.

ADD due the comment: I tested what happens when this is saved as SVG and the SVG file is opened in Firefox. This is a screenshot from Firefox: 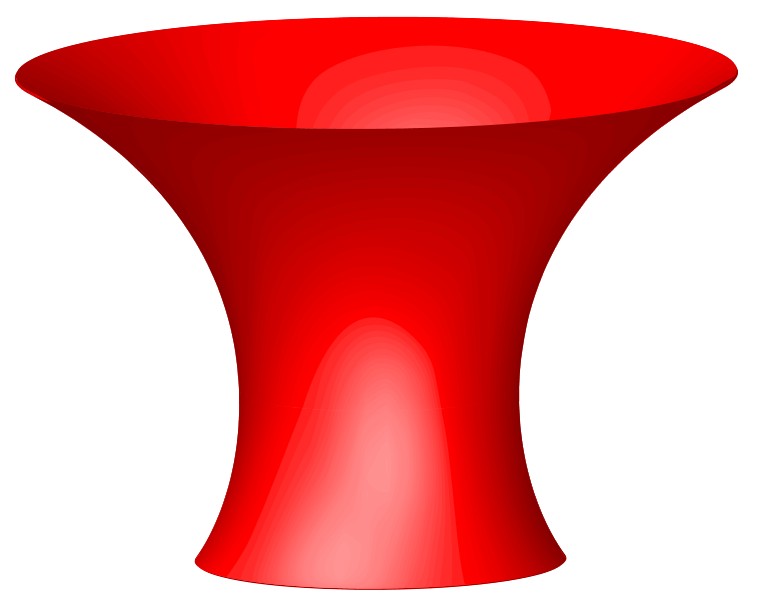 It's SVG 1.1 with 3 decimals in numbers. The color isn't the same. That't obviously caused by a break in the color profiling chain. But otherwise it is shown ok - at lest as static image.

I unfortunately cannot give any quarantee, how other browsers behave with this. Or what happens, if you try to put this to fly and rotate. The SVG file is a quite heavy bunch of vector shapes. The shading is not a gradient or gradients. It's a dense pack of vector shapes which have different fill colors. In addition there is a quite complex grouping. You must test, how this works in your web application.

Not the answer you're looking for? Browse other questions tagged adobe-illustrator creative-cloud or ask your own question.

5
Illustrator: How to merge to circles and rectangle in illustrator from this sketch to make a blob?