Creating an inner stroke (sort of) on a clipped object

Consider the following SVG of a globe: 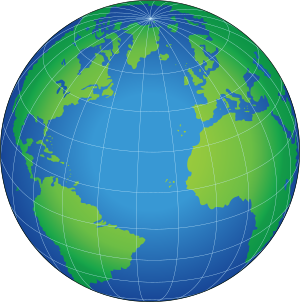 Apart from the inland waters and the latitude/longitude lines, which are not relevant to this question, the SVG is constructed from three shapes: A black object for the oceans, a blue square, and a green circle:

The blue square is placed behind the black object and clipped, and the result is then placed over the green circle.

I would like to add a black border around the oceanic coastline. The border should extend into the ocean, not into the land. This is effectively stroking the inverse of the clipped object. That is, I'd like to end up with something like the following: 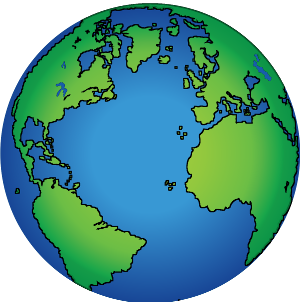 How can I do this in Inkscape?

Similar questions on this site and others propose solutions that involve converting the object to a path, but for some reason the "Object to Path" command doesn't work on the black object.

I downloaded the SVG to examine it.

The black object is a clone. That's why you can't edit it properly.

An easy way to find out if an object is a clone is to examine it in the XML editor in Inkscape. If you see the selected item is showing something like <svg:use id="use1234">, then that means it's a clone. A normal path looks like this <svg:path id="path1234">

To turn it back into an ordinary path, select it and click Edit > Clone > Unlink Clone. Then you can copy it, revert the SVG to the original, then paste back the copy, align it, set the fill to none, set the stroke to whatever you want. Change the stack order so it's under the grid lines.

Here's the SVG with a black outline added, using the above technique.

I downloaded the SVG and noticed: The oceans are masked with the back shape that does not allow path operations. The following succeeded:

Here's a screenshot of the partially filled land areas (=orange) and all path nodes visible:

Here's another fill example. Atlantic and Pacific areas were filled with red and got black strokes. Then an union was made as path operation: 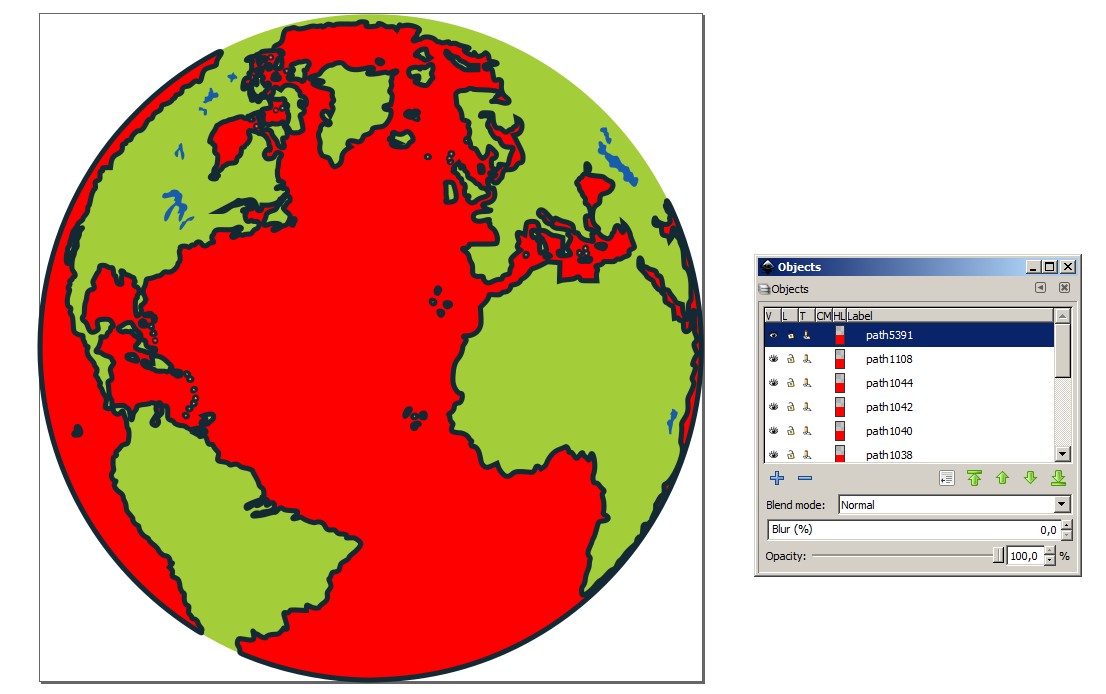 The path was duplicated, stroke was removed from upper copy, fill from lower copy, the stroke was converted to a path (=the full coastline path) and the strokeless ocean was intesected with the coastline path. No tinkering with islands were needed: 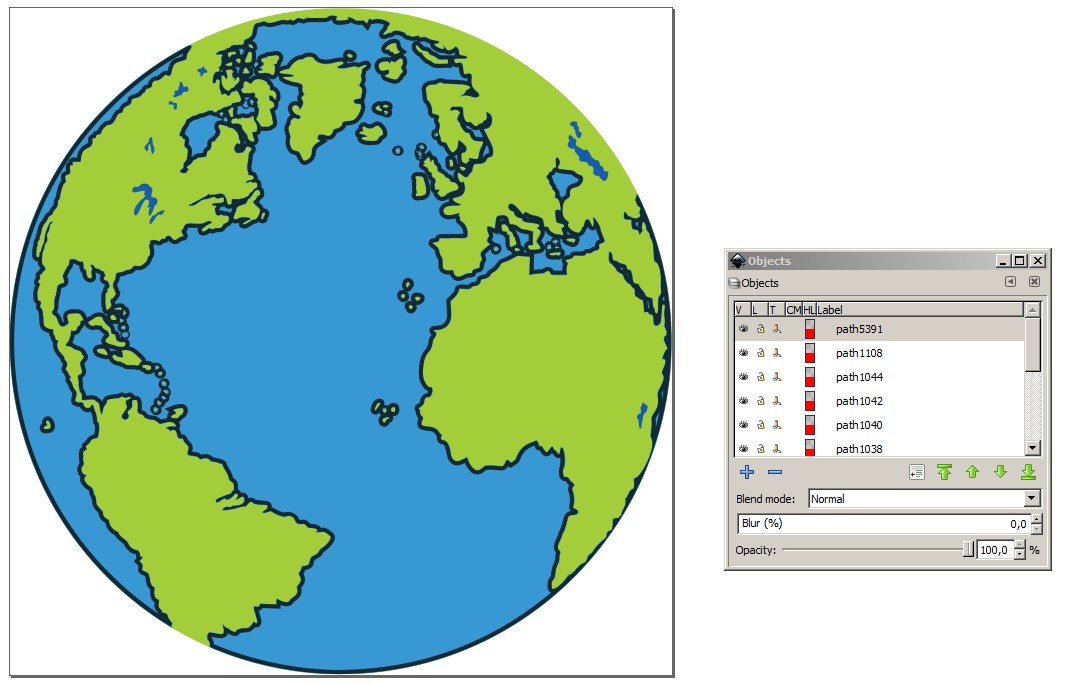 The black strokes at the edges are probably unwanted. They should be removed just before conversion to path. Selection of multiple stroke segments for conversion is easy in objects panel or as well by the same color in Edit menu.

To keep all placed properly have a hidden copies of the original shapes. Finally you want only to take the coastline path and place it under the latitudes and longitudes in the object panel.

Stop press and at least upvoting! The result is good onscreen, but high zoom reveals the inaccuracy. Paint bucket doesn't create complex enough path for this!

Once Billy Kerr explained that the black shape is a clone, it became easy to adapt existing answers to solve this problem: 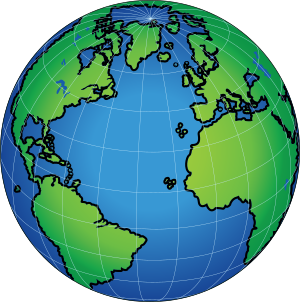 This method has the advantage over the one posted by user287001 that it does not rely on the Paint Bucket Tool, which is a glorified bitmap tracer. The fidelity of all paths is therefore preserved.

Not the answer you're looking for? Browse other questions tagged inkscape stroke clipping-mask or ask your own question.

1
Stroke adding size to an object
0
Remove inner portion of object
2
How to remove inner stroke in Inkscape?
4
How to convert line to object with stroke and without fill in Inkscape
3
Can't change the stroke width for a symbol object in inkscape
0
Inkscape: Stroke to path on clipped object
0
In Illustrator, can I make Envelope Distort with Top Object ignore clipped art?
2
Apply filter only on clipped bitmap in Inkscape
0
Shape clipped by invisble object in Inkscape