Well, I have always had difficulties in this aspect of turning text to leave perfectly allied with the curvatures of the book pages, I am using Photoshop and usually ends up like this: 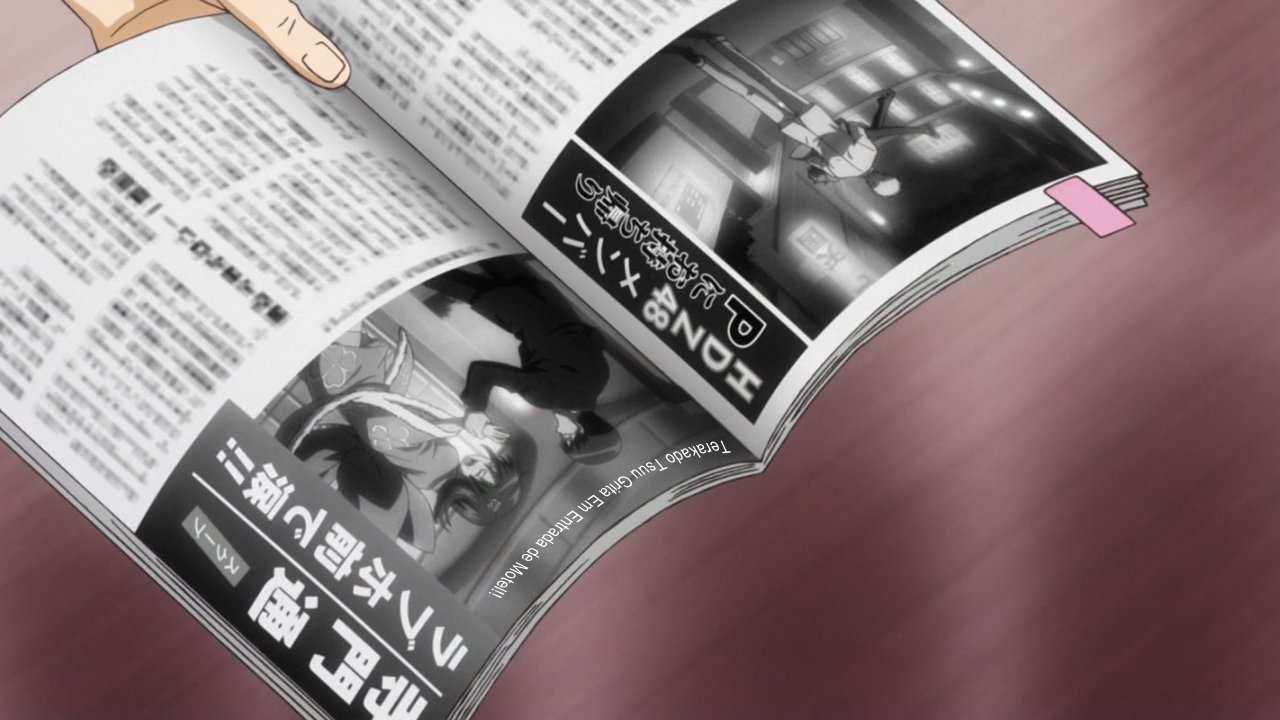 The tools I always try to use is Warp and text follow path.

Any tips on how to improve that? Thank you.

A lot of times when it comes to creating rounded versions of flat things I use smart objects.

You design the pages (in this example) as flat images.

Then create the rest of the image with a blank magazine.

Then create a rectangle at the dimensions of your page. set it as a smart object. then use the warp transform tool to place it and shape the rectangle. you can then insert your page.

It also works well for bending images and keeping the bend consistent.

It's already suggested to make bending templates which need only changing the image. That's generally a good idea. But it stops working if you must experiment with different views or for other reasons generate fast several projections. In that case the solution is 3D. You have not to model everything in 3D, only some surfaces where the images are placed. 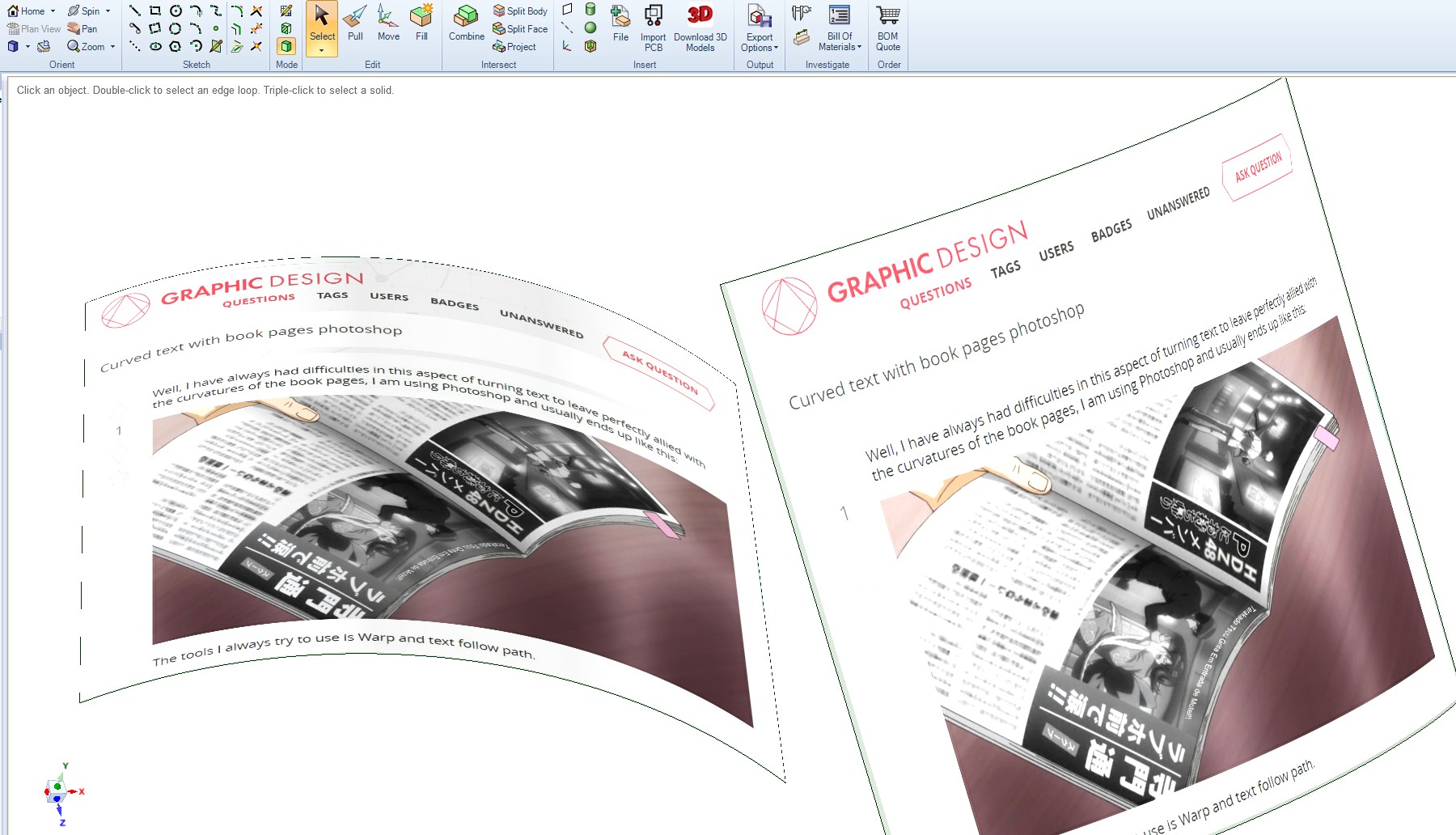 Here a screenshot is placed onto bended rectangles which are in different positions.

But why? Because the image and texts can be totally flat. 3D program does the bending. Making this took one minute and the view is freely rotatable + zoomable and the objects can be moved and rotated independently.

The used software is rudimentary freeware which hasn't tools for complex surfaces nor variable light & camere settings, but surely gives the idea, what I mean.

When a proper scene is found, this can be taken to Photoshop, Illustrator etc... as 2D.

Photoshop CC can import 3D files. Light, viewing angle and even surface image can be experimented in Photoshop. You need only to create the 3D surface in proper 3D program. Using Photoshop's 3D in high resolution needs a modern high resource computer to run smoothly.

Not the answer you're looking for? Browse other questions tagged adobe-photoshop typesetting or ask your own question.

0
Creating Header / Footer Items For Documents…
6
How to revive an old children's book?
2
Wrap text inside sphere
2
Photoshopping text on cable
16
Good strategies for typesetting bilingual books
1
Photoshop picture black and white with colour (Lights)
0
Path text gets distorted when converting PSD to PDF
2
Text get all messed up in small dimensions in photoshop
1
Trying to make a tornado from text in Photoshop CS6