How to unlock the alpha channel lock in gimp?

In the layers dialog, there are two things you can lock and unlock: pixels (looks like a paintbrush icon), and the alpha channel (looks like a checkerboard next to the pixels icon).

The icons seem to vaguely change from locked (looks like a fat checkerboard, or one with rounded corners) to unlocked (sharp, square corners) - all somewhat visible when you change the focus to a different control on the screen.

The designer of this concept should be put in front of a firing squad, but now that I know how to lock AND UNLOCK, the unlock seems not to work: I can't change the color to alpha to make a transparent background. I'd been doing it all day with other images; now I can no longer do this operation, even with images I'd previously changed.

Am I missing a global setting somewhere? I just need to change a color to alpha. 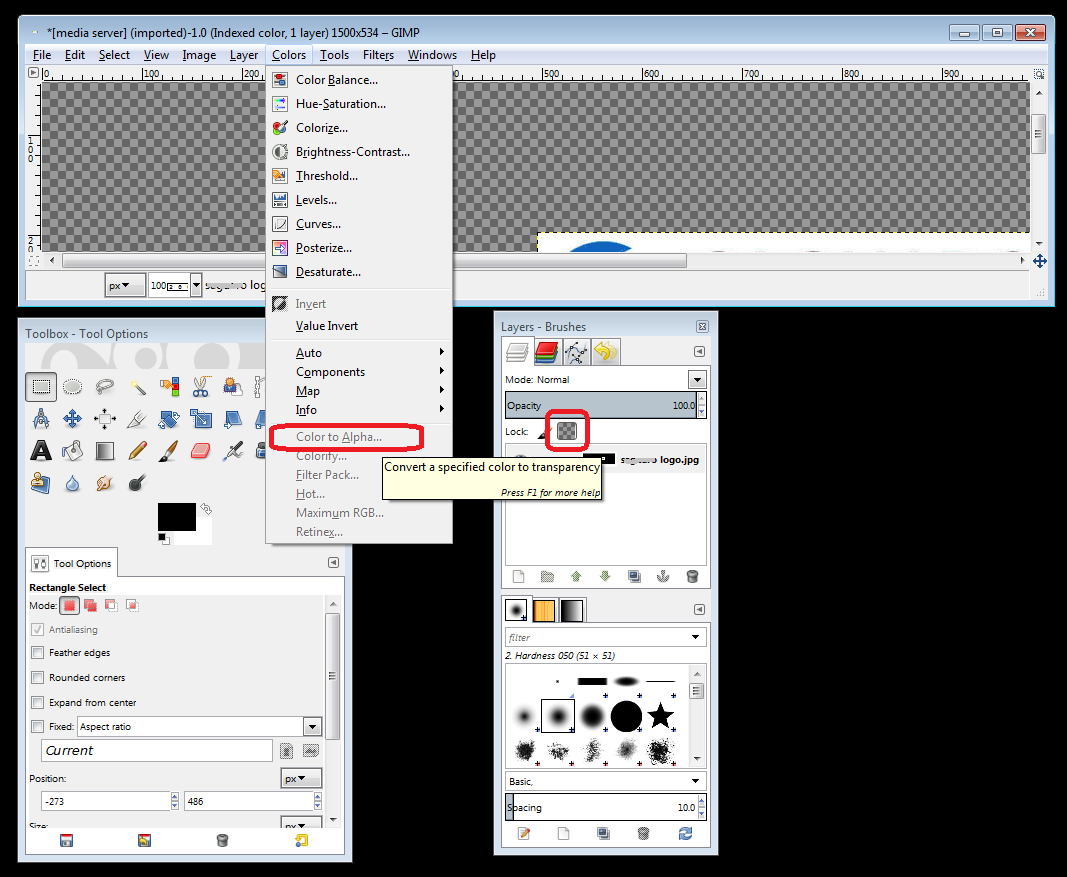 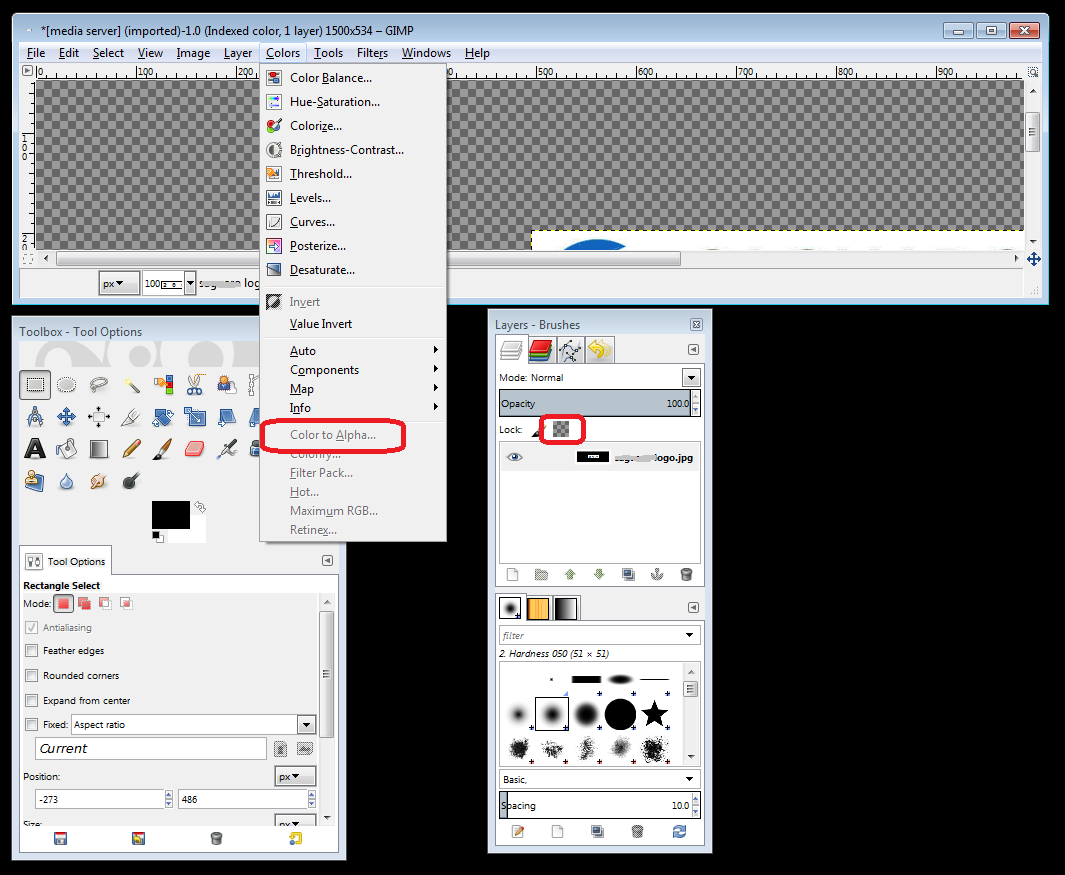 It's hard to tell, but the top one's lock icon is a little fatter and rounded in the corners than the bottom one. Those are the locked and unlocked modes for the alpha channel.

I've restarted Gimp, and reloaded previous images which I had no problems editing.

The problem has nothing to do with the alpha-lock. The image is in color-indexed mode, and in that mode many restrictions apply. In particular, in that mode, transparency isn't progressive but binary (fully opaque or fully transparent), and color-to-alpha would not do anything useful. Use Image>Mode>RGB to go to full-RGB mode, and unlock alpha if still there, and you'll get the Color-to-alpha enabled.

i think you can check to the option : lock alpha in switches so you can turn on and off modifying alpha channel by clicking on it later. 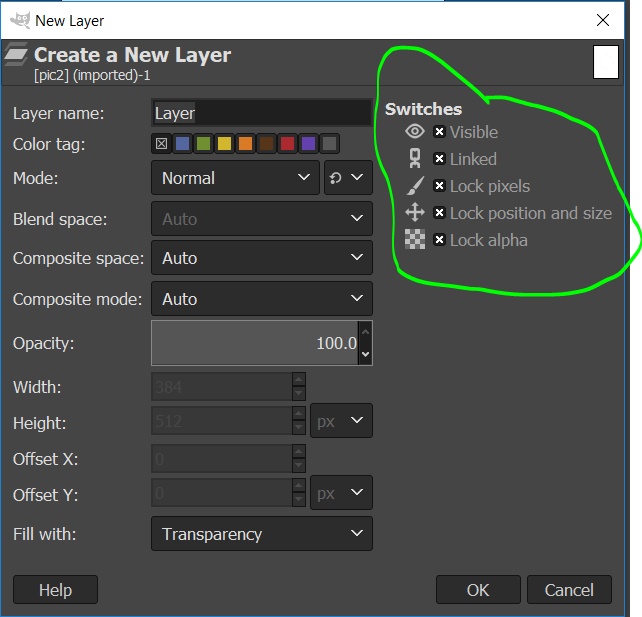 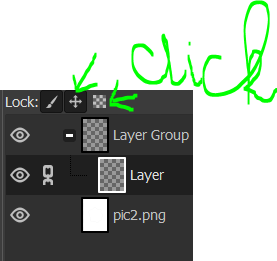 In my case, I right on the layer and select "Edit layer Attributes...", from there I can see what attributes are being locked and uncheck them.

Not the answer you're looking for? Browse other questions tagged gimp transparency pixel or ask your own question.

7
Fill an area while keeping transparency
7
Forget alpha instead of blending it in Gimp
0
Gimp exports blank png image!
8
Export PNG image without alpha channel in GIMP
1
Gimp, “Color to Alpha” displays transparency in preview but not commiting change?
0
Alterations not being picked up when overwriting file
0
How do you replace pixel color on all channels including alpha in GIMP?
0
Level of transparency based on similarity between images GIMP
1
Pasting PNGs into GIMP sometimes converts the alpha channel to black
0
set a ONE pixel image's alpha value using gimp