How to place a set of object following a path in inkscape?

I have a set of 5 objects and I like to place them following a circled path, however, my attempts were wrong.

This is what I have 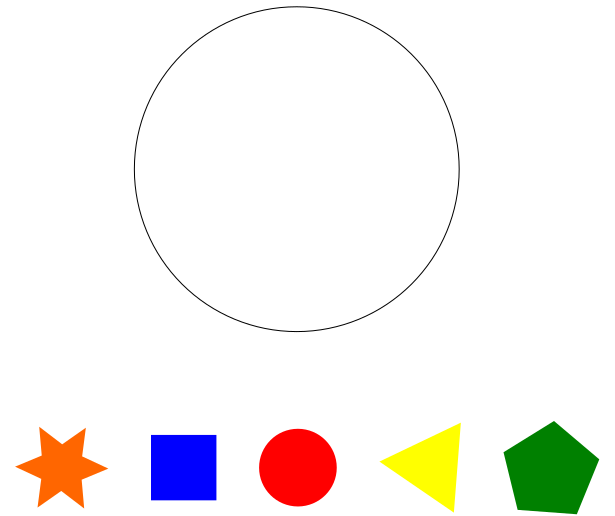 And this is what I want 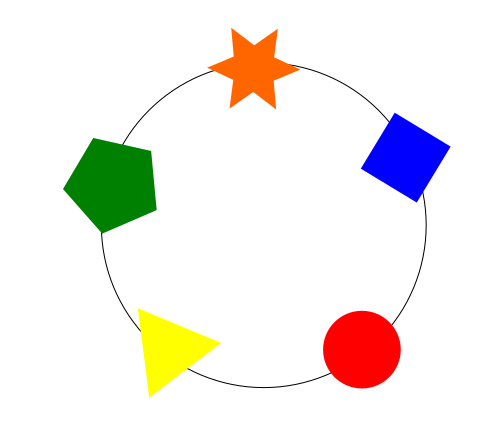 Note that the objects are rotated in function of their position on the circle.

You can add path function Pattern along Path to the big circle. The shapes to be placed must be aligned, converted to paths and combined to an union for easily predictable result. You must still adjust the path function parameters for even spacing, you will lose individual colorings and the shapes will get distorted.

The spacing really needs some math for getting it even easily.

There's a developed version of pattern along path in Extensions > Generate from Path. It accepts individually colored independent shapes as a group and the shapes need not to be paths, but there are still the spacing problem and the shape distortion left. 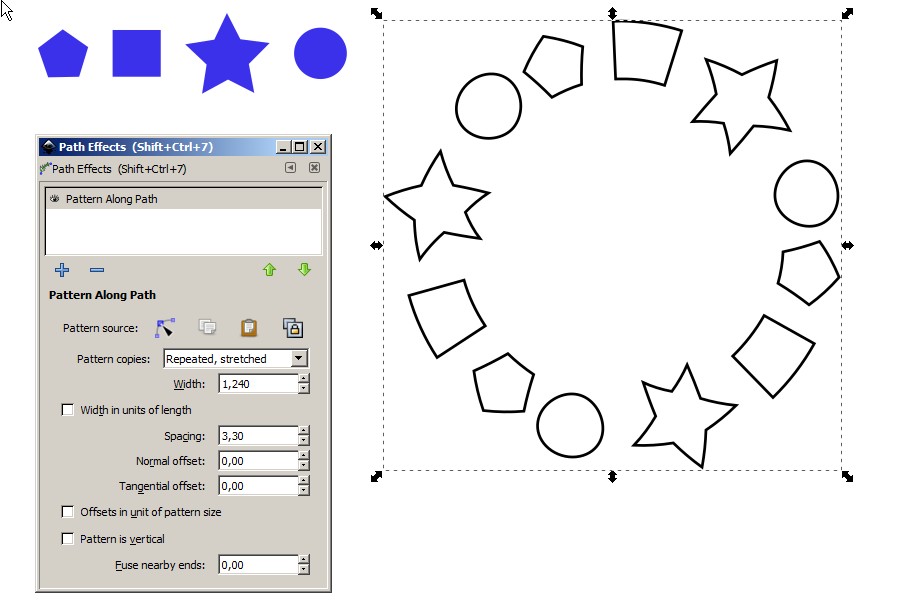 You do better by moving the shapes to the corners of a polygon or a star. Then you can replace the polygon with a circle, if a circle is needed. It snaps easily to wanted place and size with point snaps. 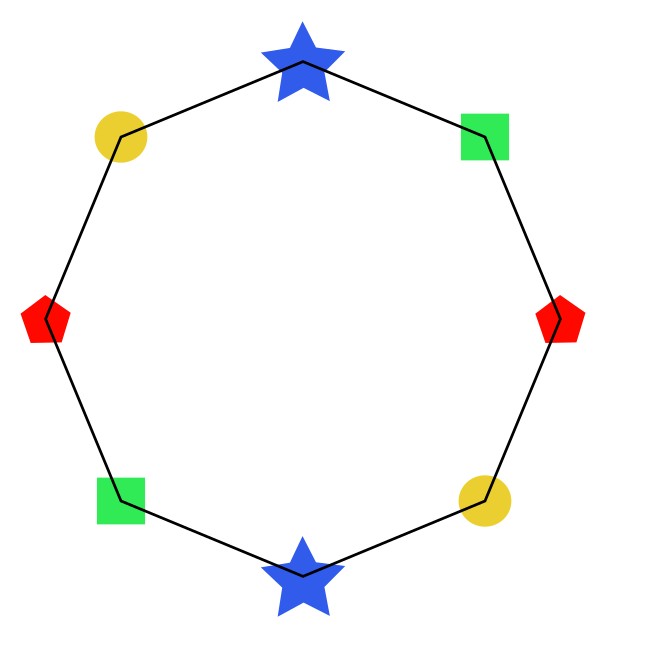 With the center snap =ON symmetric shapes are placed easily. The polygon can be useful later, so do not remove it. Make it invisible in the objects panel.

You can rotate the shapes individually in the Object > Transform panel, if needed. In the next image the left version started with drawing a pentagon and placing the shapes to the corners.

Then a 72 degrees (=360/5) rotation dialog was opened and that rotation was applied different number of times to each shape.

If you want something like the rightmost version, you have taken a greater challenge. It's definitely possible to construct this (symmetric angular placements and the big circle meets certain points of the shape) exactly, but here the shape placements and rotations are fine tuned by eye.

It's possible that I find an easy exact method, but that's not still sure. Rotation center snap and rotating until some snap occurs are available and these should do the trick, but my Inkscape crashes as soon as I try to make rotations after moving the rotation center to a shape node which is placed on a circle.

This is pretty easy:

It is very flexible: you can have more/less objects, you can spread them only on a part of the circle (you divide smaller degree than 360), or you can move the objects closer/further from the center.

2
How to overlay intersection with original object in Inkscape?
2
How can I outline a path in Inkscape to make an object?
5
How to snap a path to a node in Inkscape?
5
Align and distribute multiple objects in angled path/guide Inkscape
0
Crop path outside text region in Inkscape
1
Can't move object: object moves back to original place in Inkscape
2
Inkscape: using one object to cut away another while leaving both as "live editable"?
0
Inkscape - "Exclusion" reverts "break apart" and puts all nodes to one path
0
How can I connect a path to an object in Inkscape?
1
InkScape to convert multiple paths into one single path