Is it possible to run an Illustrator (or Photoshop) action without running the processes for displaying it? I assume this would speed up the performance—or maybe this is minimal.

by "running the processes for displaying", I am assuming you mean you can see each step of the action being run. Well, photoshop or illustrator actions are just a shortcut way of doing repetitive things without you having to do them manually.

Neither app has a "headless" version. They both rely on the GUI. 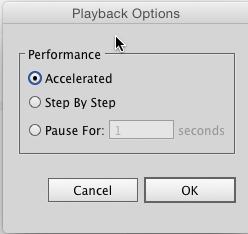 That way you don't have to sit through every step... it plays back at a faster rate when possible.

You can run illustrator and photoshop hidden via the COM interface (Visual basic) on Windows. There is however no speed benefit that i have noticed, inDesign is in fact a bit faster. Mostly because it has a better designed and more modern api.

Scripts are faster than actions anyway, as they do not echo individual steps like actions do. But if your intention is to run actions then calling actions on hidden window is just as slow as it is without the update. There is a intentional slowdown in actions that is independent of your refresh rate.

Not the answer you're looking for? Browse other questions tagged adobe-photoshop adobe-illustrator actions or ask your own question.