Round corners (fillet) in Illustrator CS6

I have the following figure in which I need to make a fillet to each its corners: 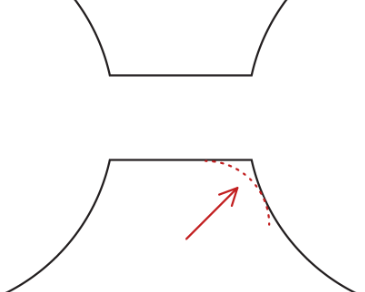 Is there some tool to avoid doing this manually? I tried the Effect > Stylize > Round Corners tool but it apply the roundness also to the circles.
I'm using the CS6 version of Adobe Illustrator.

The others have given an answer that works by eyeballing and plugin. I will give 2 answers that work by measurement. The other one uses a script the other is manual.

There is a wonderfully useful script by Hiroyuki Sato, called round any corner, that allows you to do this quickly and painlessly much like CC verisons. Although the gui is a bit more clunky.

If you have shape that you want to round by say 12 pt radius then you can offset the path by -12 pt and place the center of a circle on the new corner. (you can draw a exact circle by alt clicking on corner of the offset and type in 24pt by 24 pt).

Now while this may not be usefull for round corners en masse its good when you need accurate nonround corners ;)

Also a offshot of this trick is to offset inside then otside by same amount, but this can also adjust the overall shape of noncorners.

There's no easy way to do this nativley in Illustrator CS6. (In the last couple of CC editions Adobe implemented a tool called Live corners which does it)

If you just used the Rounded Corner effect, it warps the circle (see below)

You have to do a bit of prep first:

Then place 2 anchor points there (one on each side), and only then can you use the Effects → Rounded Corners

The problem with first doing rounded corners effect, is that it causes the circle to get warped (because there aren't any anchor points, if you add them in, it stops the rounding at that anchor point)

Update: in my image it seems as though it is warping the path. here are the outcomes (after rounding corner effect): 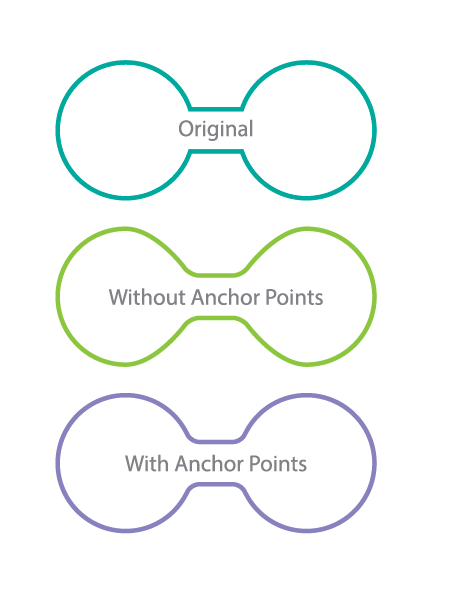 Overlayed at 30% (after that anchor point, none of the rest of the path is effected): 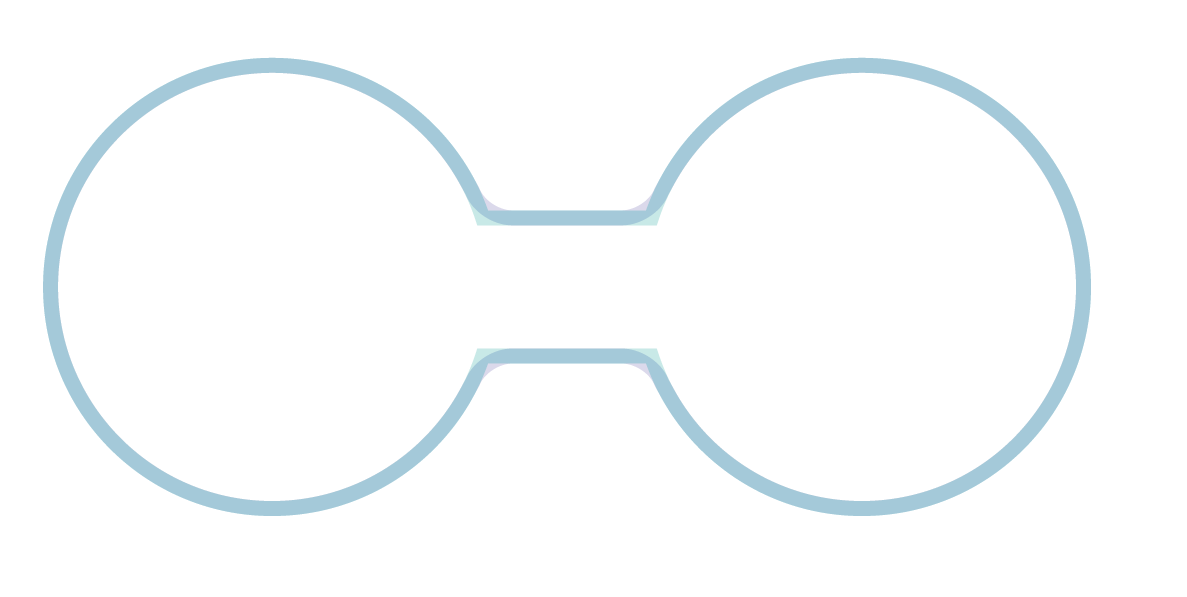 For a much easier and simpler method, I would recommend a great plug-in by Astute Graphics* called Vectorscribe.

It is very simple and easy to use. (It isn't free, however they offer a 14 day free trial)

It also has some other tools included in vectorscribe, like measurements and path cleanup

*I'm not affiliated with Astute Graphics

The easiest way would be to just plot out where you want the start and end of your rounding to be with guides.

Once you add each point, remove the corner point and using the anchor point tool, drag out the corner while holding down the Shift key to keep it inline with the top.

If I did not have the VectorScribe plug in from AstuteGraphics.com (which I highly recommend)... I'd use circles and the Shape Builder Tool

You merely need to ensure the paths of the circle overlap the original object paths.

It's stuff like this which makes VectorScribe a "must have" in my opinion. It's not impossible to accomplish without the plug in, but 60 seconds manually or 3 seconds with the plug in. In addition the plug in is dynamic so I can alter the radius of the curve later if I need. There's no way to do that effectively without the plug in.

For what it's worth... I still work primarily in CS6 because I prefer it. I have CC but all Illustrator CC has done is copy the AstuteGrahics plug in functions and made them part of the native application, but they still aren't as good from Adobe as the plug ins are, even when using AICC. I use VectorScribe in both CS6 and CC. 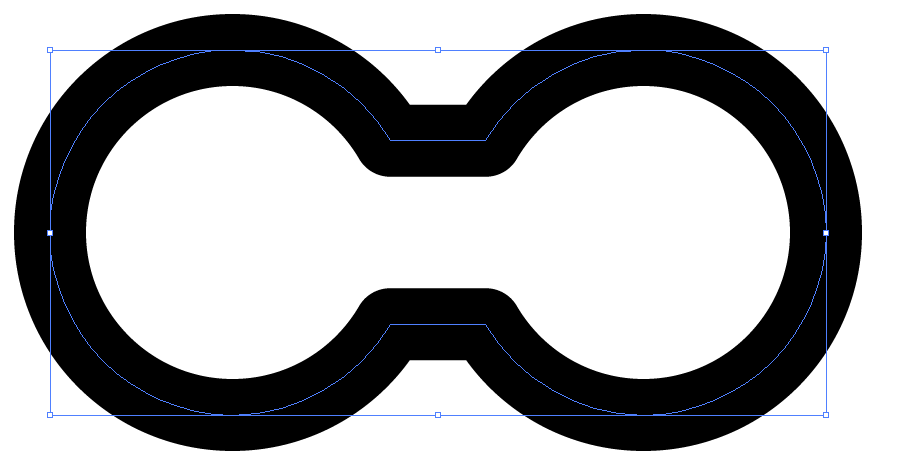 Not the answer you're looking for? Browse other questions tagged adobe-illustrator cs6 corners or ask your own question.