How to design an cartoon looking image

Full confession I know absolutely nothing about graphic design, Im usually over at stackoverflow.

Ive searched, googled and pretty much everything else but I cant get a concrete answer.

The image above is a jersey of a sports team which has been made as a "cartooned image" of the real jersey . I need to get this done for a whole league (32 teams)

For lack of proper wording description here is a visual example:

See the real fabric jersey below, I need a "cartooned" jerseys graphically designed of all the teams in the league as the example posted above. (sorry not sure what the correct terminology is for what im trying to achieve?)

I simply want a static image.

(Sorry guys this is completely a foreign area for me, thus looking for some advise.) 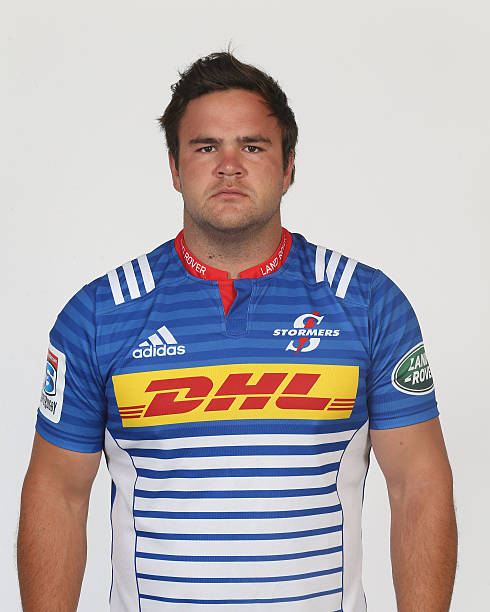 Can I achieve the above using one of the software packages mentioned above? Or would I need a professional designer?

Im merely looking for a starting point, perhaps im using wrong search queries but I have no idea even where to start in an attempt to accomplish / try and achieve above effect?

This was extracted from your photo. The job was usual background removal (=make all unwanted parts transparent) . Next the image was vectorized (=traced to Illustrator style format) with limited color palette and some smoothing. A black outline and a shadow was added. 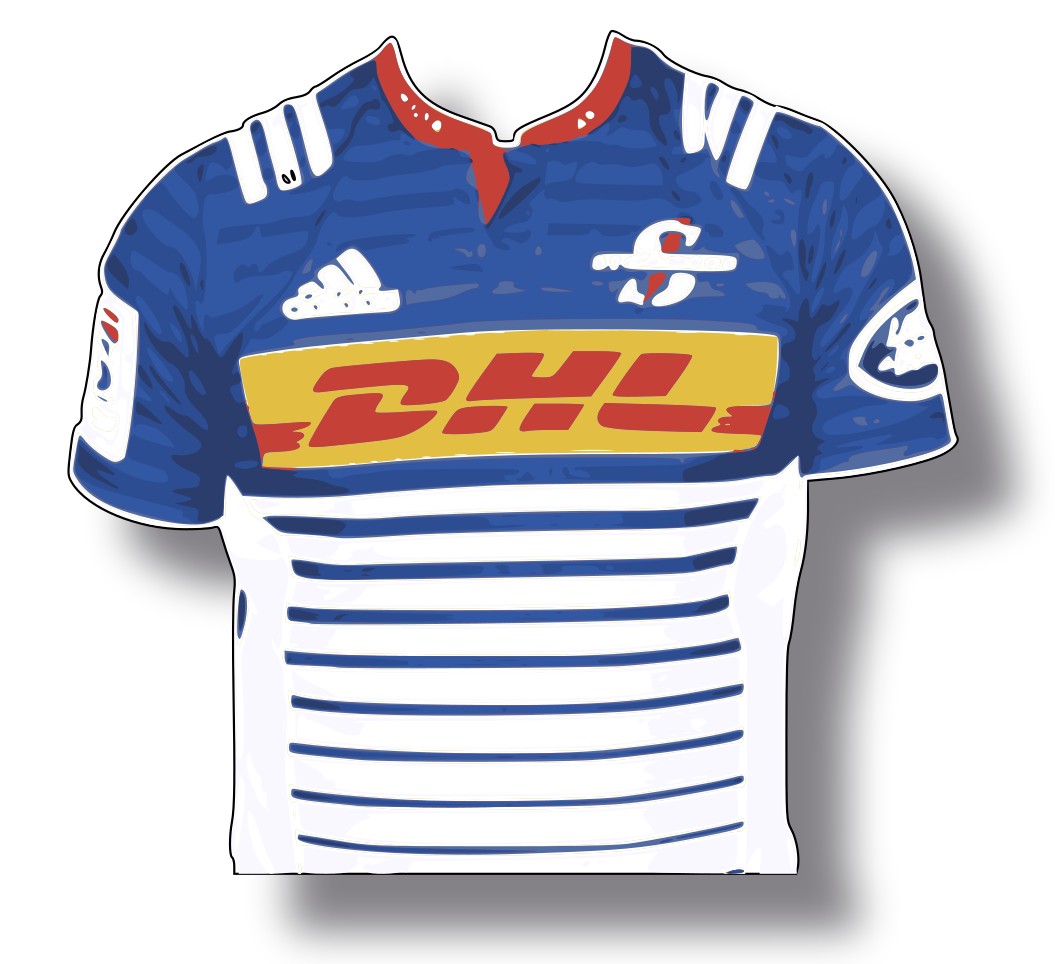 Used software and some details:

Background was removed in Photoshop. GIMP (freeware) would go as well.

The image was copied and pasted to Inkscape (freeware) for vectorizing. Its Path trace was used. Tracing settings: 12 colors, stack scans, no background, smooth.

Many white parts came out as too grey. Those parts got manually white fill. The bottom shape got manually black stroke.

A black copy was made. It was blurred, made partially transparent and moved a little aside. That's the shadow.

Vectorizing in Illustrator (=Live trace) has much more possible settings than Inkscape's path tracing, but this case didn't need them.

The whole job took less than 15 minutes, but a full novice needs at least 2 weeks of properly guided practicing to do the same without step by step guidance.

If you cannot use Photoshop and Illustrator well and haven't at least 2 weeks full time to practice, get a professional.

ADD: The preceding answer can be seen to have something useful, but the question is reshaped to much more definitive. If it happens that you must design new sports uniforms for whole league, the preceding answer is ridiculous in terms how it helps to perform the task - a new masterpiece in the seemingly ever growing family of the monuments of slow-wittedness.

So, if the task is to design new uniforms for use, you HAVE a problem. Designing a league-wide set of uniforms that have something common that represents the league & supporters and still all must be unique, is much more an art project than technical one. It's technical as a project management task and taking into the account the manufacturing process of final clothes.

Cloth manufacturers obviously have some graphic templates "add your artwork". It's surely useful to get them. The designer is needed to make reasonable suggestions on what is selectable, what is fixed and what can be decided in teams.

Proper templates for most common purposes are available also as independent products. You seemingly have got from member @Webster an answer with more details of templates. Read it!

Everything simply isn't technically printable. The uniform appearance of the league, demands from the supporters and the need of unique artistically satisfying clothes surely nail a bunch of limitations.

When the frame is fixed, the teams also should have a possiblity to decide something.

Really, this is much more than cartoonizing a photo. But if the technical side of creating the images of the cloths is interesting, this site has several discussions about it. Here's a couple of simple (only T-shirts) examples:

Squeeze the neck of a t-shirt

If these are not to be produced as actual clothing but just little images than the following procedure will work very precisely, just don't submit them for print. Here is how to create usable apparel designs:

You need an Illustration, or an image, working file or graphic (Not a cartoon) of the jerseys. This can easily be done in Illustrator.

The hard approach would be to draw the jersey template yourself. Better idea is to go to the site of an apparel maker/printer and see if they have a template or an interactive design program that allows you to layout your designs on their site.

If you want them to actually get made then it's very important that the template match what the garment manufacturer is expecting. Not only do all the flat panels need to be sewn into a shirt but the sizes need to scale up and down and clothes do not scale evenly. If they will never be made this procedure is still how you make (30) different designs for each team with multiple teams.

Once you have the correct template you can start on the first teams design.

Open the template in Illustrator. Color the panels and add graphics as you need. The text is more complicated. Each team design will need many different names, so put placeholder text and save the illustrator file so you can open it again and type different text in the placeholder.

This is a good opportunity to learn many of the tricks of text formatting. For team sports wear I see rotated text, warped text, text on a line, and of course various styles and fonts. The graphics also are often warped and bent around the body. Any graphics you bring in, make sure they are vector, very sharp and print quality.

Each team needs one illustrator file. Where the players name goes, type Centered placeholder text that says something like "Player Name".

The print shop may accept your layers and produce each players jersey or you may need to export an individual file for each player.

If the next team is very different looking than start again with a blank template. If all the teams have some elements in common than place only those elements and save that as a master template that you will use for all teams. If you save it named "MasterTemplate" and open it to make Team1 template make sure you save it with the new name so you don't save over the master.

Here is an example template: https://prepresstoolkit.com/vector-mockup-template-sports-apparel-uniforms/

Use one from the manufacturer or printer your team will be using. Ask them about options and possibilities.

For the GIF image kind you've attached Photoshop is sufficient.

If you wish to create a presentation or an animation film you would need Adobe animate or Flash.

Illustrator is a purely vector editor -precisely for tasks like logo design and typography.

Not the answer you're looking for? Browse other questions tagged adobe-photoshop adobe-illustrator website-design or ask your own question.

2
Turning normal image into a sketched looking image
16
How to draw isometric vectors?
4
How to design a modern/slightly futuristic-looking application?
5
Illustrator: How to make the arrow keys move in smaller increments?
0
What software can be used for creating a 3D model of this type?
0
Looking for feedback to design a tabbed menu
3
How would you create these types of abstract data visualization / mathematical forms graphics?