How to achieve this grain texture - Photoshop or illustrator?

Ok, new to textures here and I really cant figure out how this grain effect/texture was achieved - 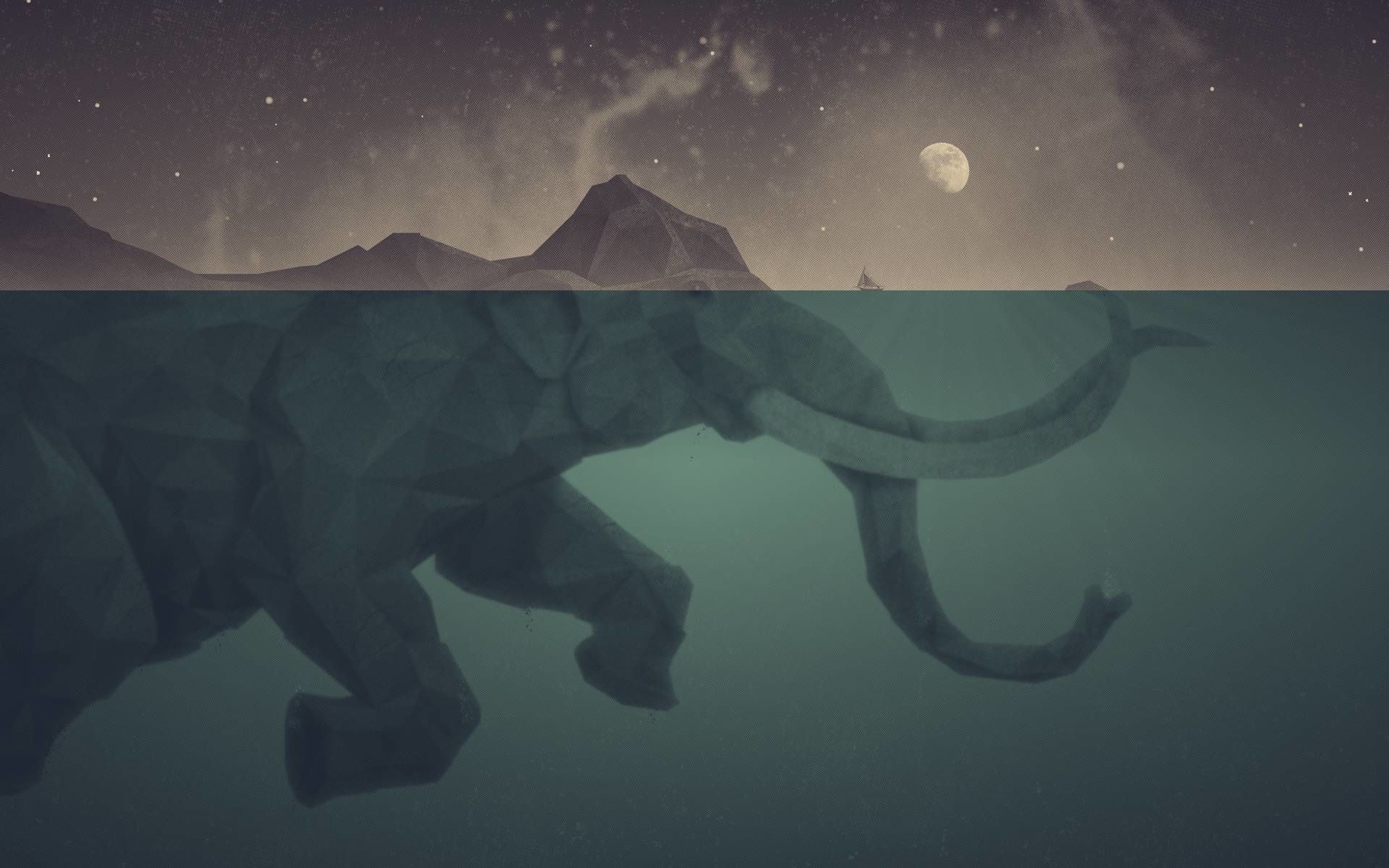 It is very subtle and basic google searches thru PS geometric textures haven't yielded anything. The basic grain effects in Illustrator/PS are also not like this.

How was this done? Is this an overlay?

It looks like some kind of dither pattern, but it's hard to tell for sure since there are some jpeg compression artefacts.

Here's one method to add a simple dither pattern/texture to an image. 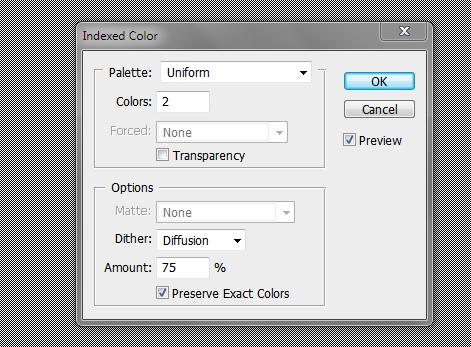 Example showing before and after. Click on the image to see the texture at full size.

User Billy Kerr suggested modifying the brightness with a dense regular dot pattern. That's not bad except it doesn't explain the variety which is in questioner's example.

The variety can be explained with interaction of two different dot patterns. It's the same as Moire patterns when one tries to scan a printed image. Actually there's also a third pattern, the screen pixels, but it can be eliminated with high enough zoom.

In the next image there's a quite flat BW photo taken from window's image samples. On top of the image is 4x4 pixel BW checkerboard pattern with low opacity and blending mode Multiply. The result is quite same as in Billy Kerr's answer. 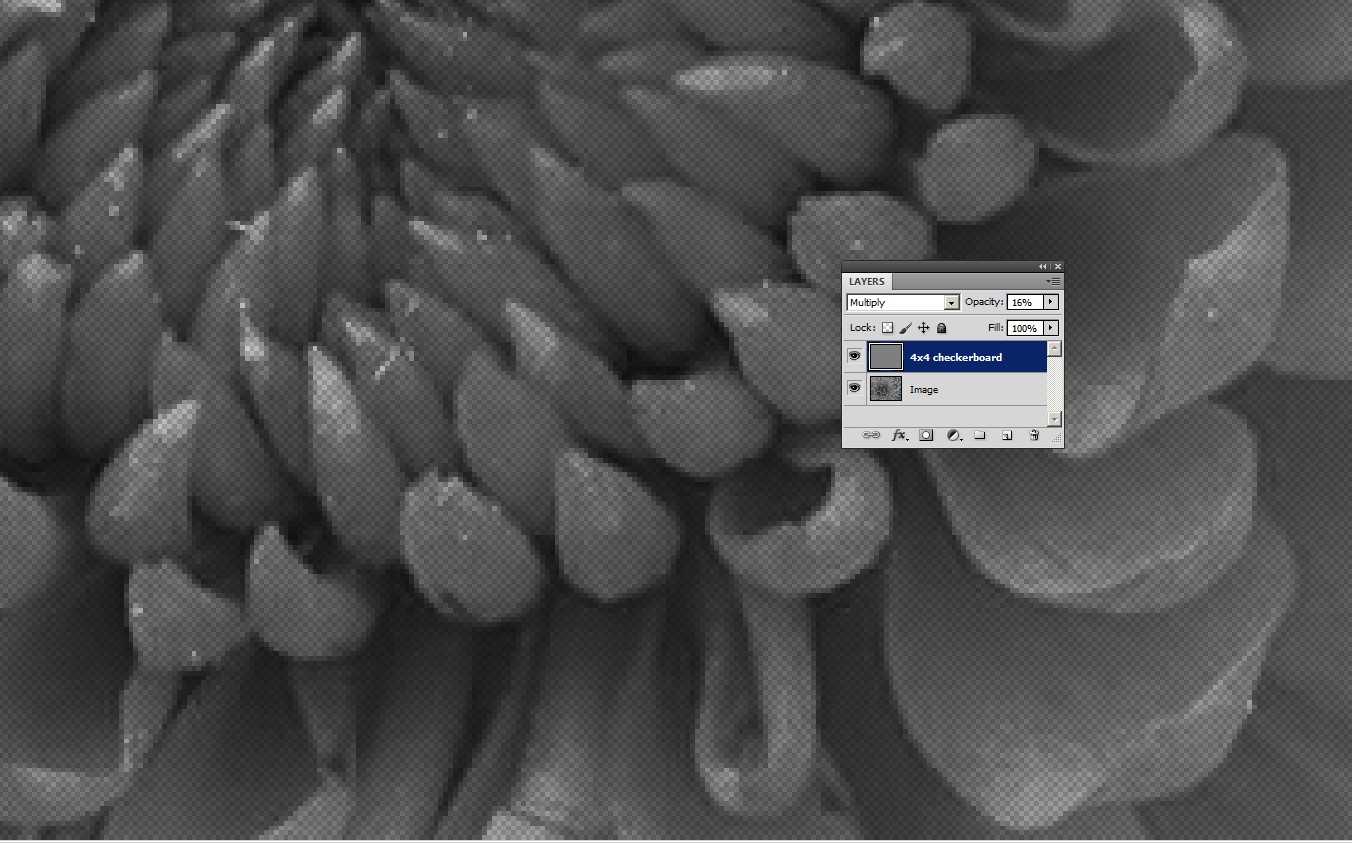 The pattern variations in questioner's image seem to follow coarsely contrast borders in his image. I guess the reqular pattern has got a displacement map, which is some version of the image. Maybe a contrast boosted, a little blurred and desaturated version of the image is saved and used as the map in Filter > Distort > Displace. When layered, tn original dot pattern somewhere neutralizes the displaced pattern and somewhere gains it. Here's an example: 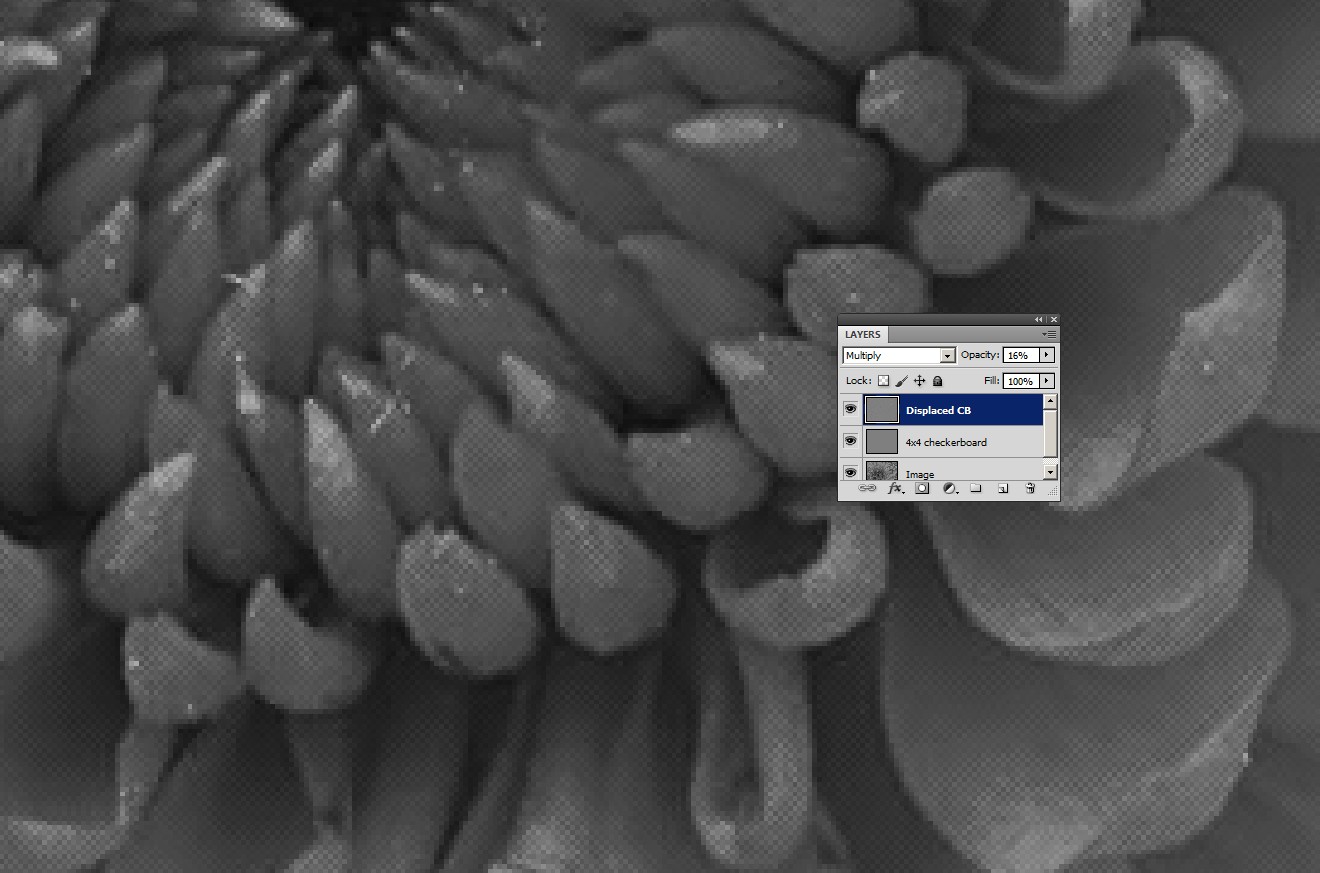 The displaced pattern itself has variations for the same reason, the dots are here and there pleated. Having the original pattern, too makes possible to try different mixes with the opacity sliders.

Here's another result with different settings in displament scaling and the opacities: 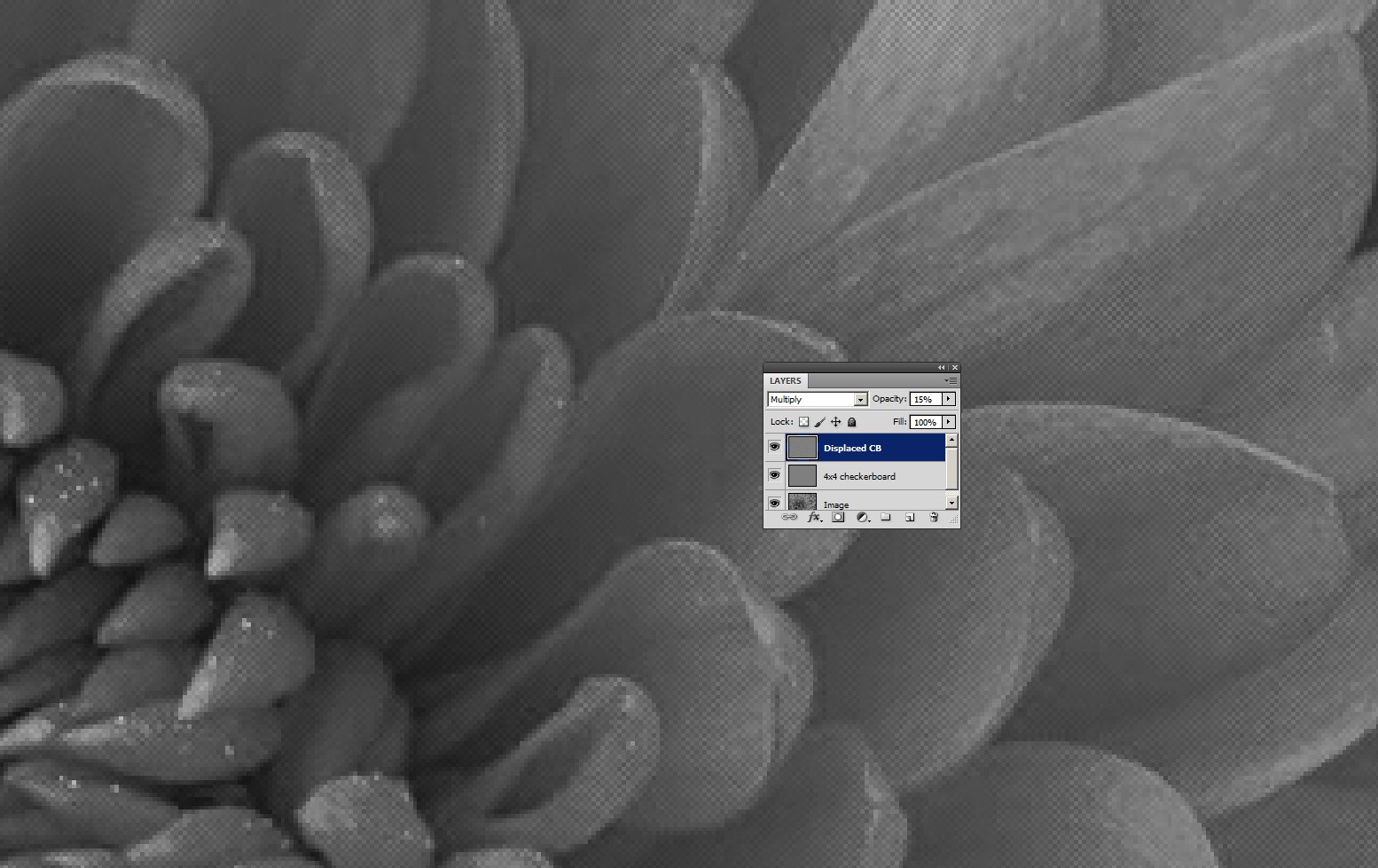 Not the answer you're looking for? Browse other questions tagged adobe-photoshop adobe-illustrator photoshop-effects illustration texture or ask your own question.

4
How do I drain this pattern of color to add it?
0
Grain effect doesn't work in Illustrator
2
How to get this noisy fog or skies effect with a gradient texture in Photoshop?
2
How to achieve this coffee powder photo effect?
9
Making a curved road texture in Photoshop?
1
Organic Dot Shading in Illustrations
3
Will layer effects affect how my Pantone design prints?
2
Methods to achieve a similar light grain texture?
1
How to Achieve a Similar Printed Aesthetic in PS/Illustrator?
1
Photoshop how to blend image with solid colors