I am interested if it is possible to distinguish the software used to make an image from its metadata. For example, using imagemagick, a command-line tool, I can see that one specific image was made using Adobe ImageReady: 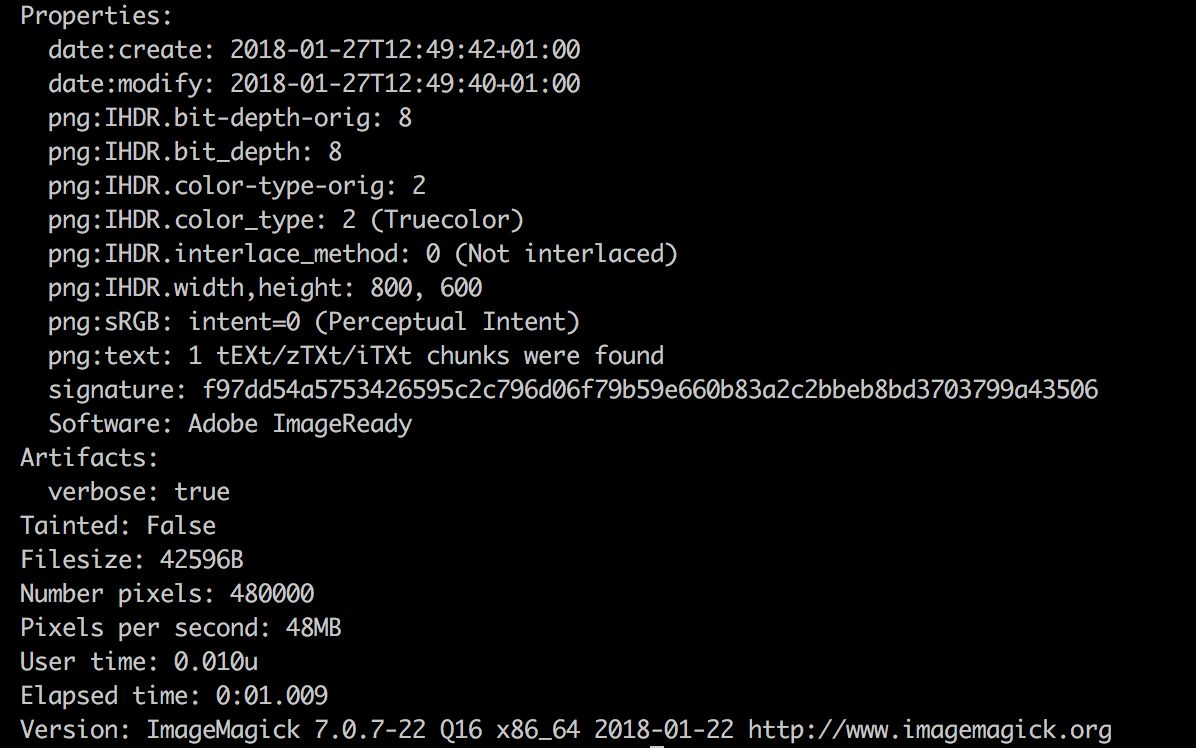 In general however, software like Illustrator or Sketch do not by default include this explicit information in their metadata. So I am looking for a clever way to infer (of course never with absolute certainty) the software program used to export. For example, perhaps Sketch metadata automatically reports interlace method, but Illustrator only does so if you change the default option in export.

If you are talking about exporting as raster images, then unless the metadata is there, there is no other way to find out except by making an educated guess.

Of course, it is also possible to produce vector-like images with raster editing software - so it's impossible to be sure.

As for pinpointing the exact software used, that would be nearly impossible unless you can spot something like a default pattern/brush/effect that you could link to specific software.

Not the answer you're looking for? Browse other questions tagged adobe-illustrator sketch-app metadata or ask your own question.

10
Placed image doesn't show when saving as PDF
1
Cutting paths with paths in Sketch.app
3
Pantone Color Manager - exported colors have diffferent values when imported in Illustrator
0
Illustrator: make EPS bounding box match artboard
0
Unmerge some image from background - Sketch
0
How to design an cartoon looking image
0
Deleting Metadata from Illustrator file
1
Recreating cutup/displace/chopped up effect
0
How to add metadata for design elements created using Sketch/Adobe AI
0
Is there a way to hide metadata like the name of software/application that produced a pdf?