Noise around clouds and strange lines

I've been trying to reduce the noise for the clouds image using noise>reduce noise but even though I've been doing it multiple times this strange line in clouds appears. It becomes more apparent when I have adjustments layers active. 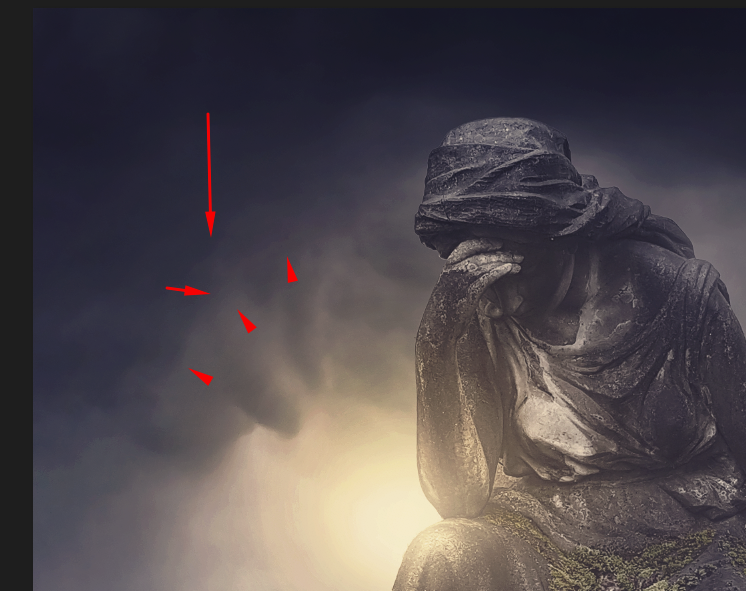 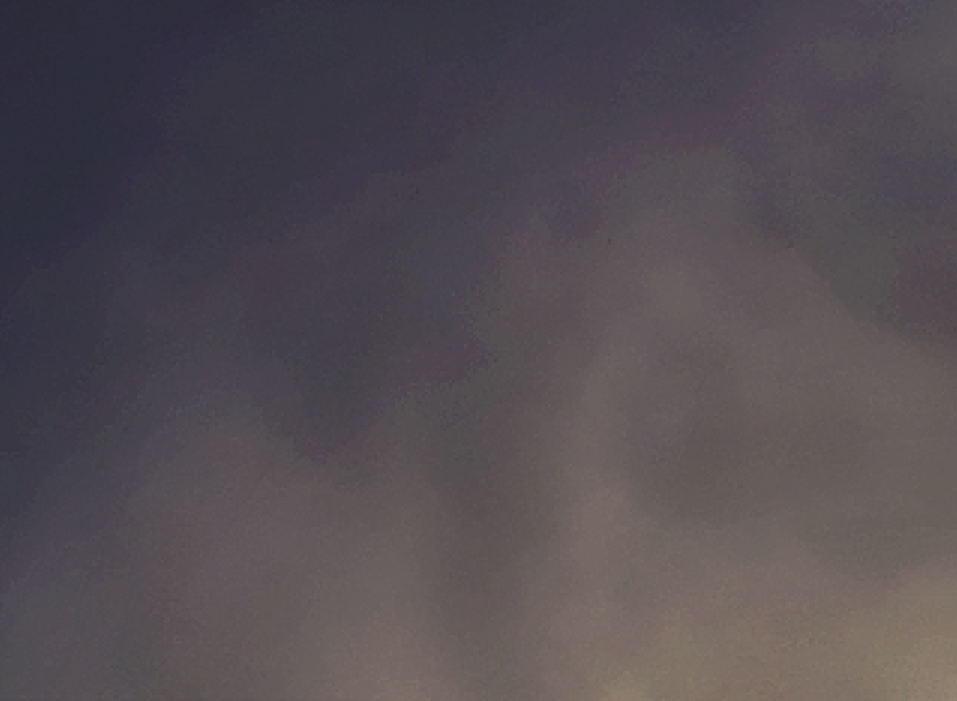 Any tips how to make the clouds look more smooth?

The lines you see in your image are called banding.

An image doesn't only have a resolution when it comes to its dimensions. It also has a bit depth which can be seen as the "resolution" of the color values. Banding occurs when this "resolution" forces the steps between colors to be so large that the image cannot create the illusion of a smooth gradient. 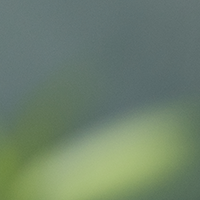 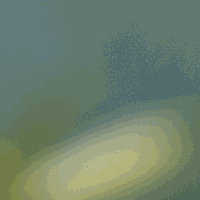 This can happen if an image has a low bit depth (like an image in Indexed mode, a gif or png), or if you manipulate an ordinary (8-bit and more) image further than its bit depth allows. You "stretch out" color data at a certain "resolution" to have a larger span and a kind of "pixelated" effect occurs. Much like what happens if you scale an image up, but with the colors instead of the dimensions.

Sometimes I've had banding problems using some of Photoshop's adjustment layers and found that I could achieve what I wanted using a similar tool. For example Hue/Saturation where I used Channel Mixer instead and the problem disappeared.

In your case you need to either remove/change the adjustments that cause the issue or smooth out the colors of the banded layer by somehow adding some data where it's missing. The two basic tools for that is:

Experiment with applying these effects (maybe multiple times) with different settings and in different order. (I would turn the image into a Smart Object to make it easier.)

Maybe Topaz DeNoise could help? This is example of it: 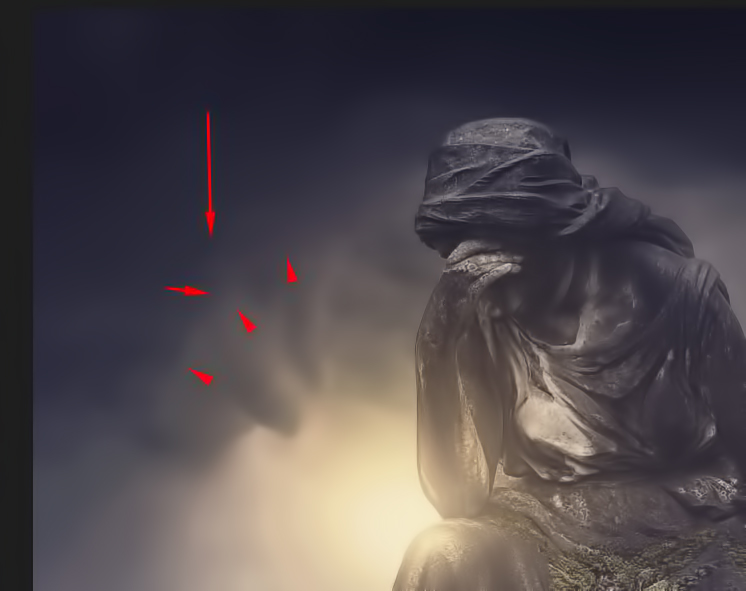 After zoom it looks much better.

Topaz is a plugin with many different options to help with photo-editing, like denoising, "clearing" images, or adjusting colour filters. You can download trial version here => http://www.topazlabs.com/

For your problem, I used DeNoise plugin, which is most preferable for that kind of "smoothing" things.

The reason is already explained in comments. Agressive noise reduction in a smartphone camera (or another with small sensor) has made it. Maybe you have increased it by applying more noise reduction. Alternatively your image would be full of colored noise. Now it's smoothed (the remnants are still visible as large colored areas), but the edges in the image are guessed and restored. Unfortunately the cloud didn't have edges, the noise reduction program in the camera has guessed wrong.

If you have added N.R. then your program had guessed right because the edges were born in the camera.

Make a selection that covers the cloud. Leave a little safety margin at the image edges and the statue. Then add Gaussian Blur. Here's an example. The used selection has been left visible in the screenshot. 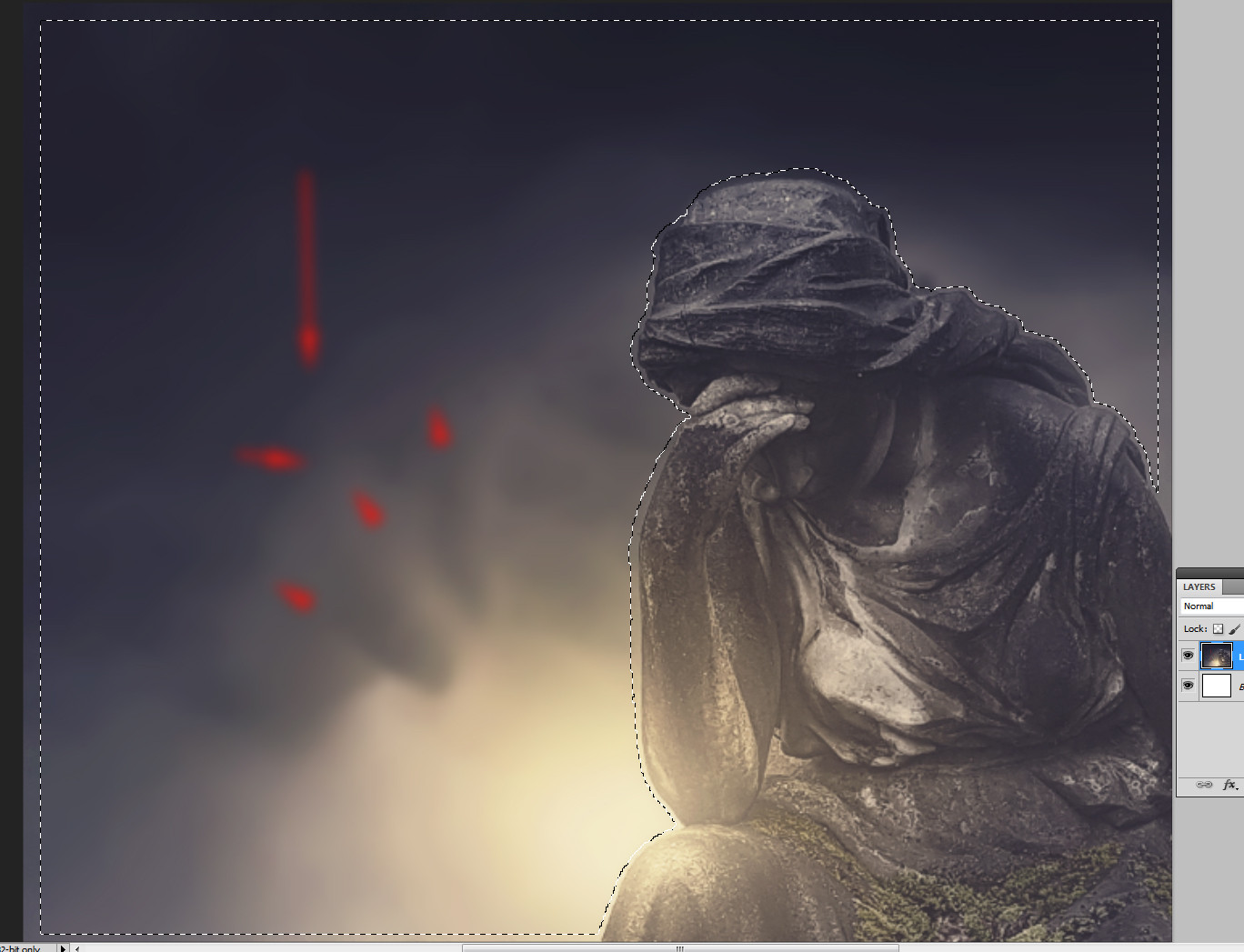 There's still some false coloring in the cloud. You can get rid of it followingly 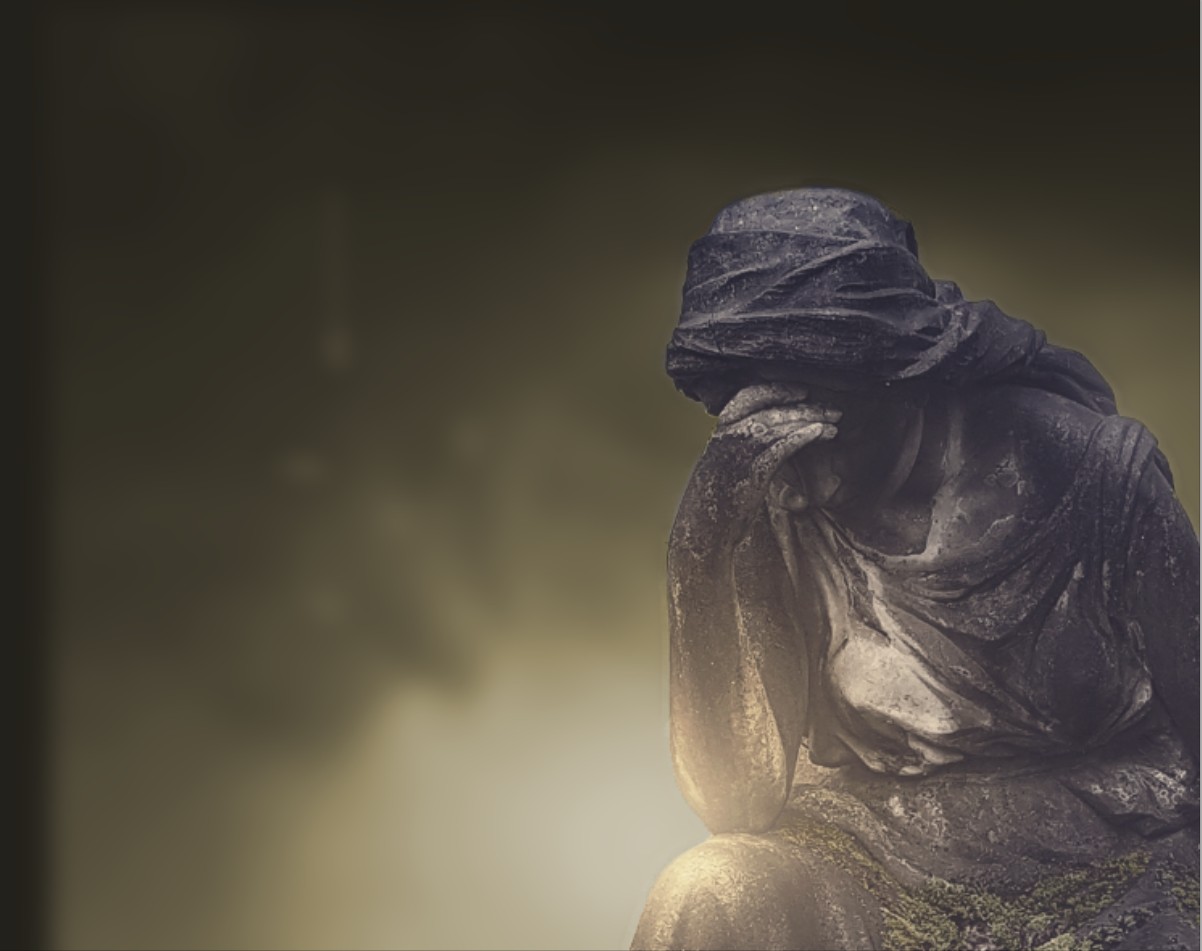 There's still some enbankment (=banding) in the cloud. That's because 8bit/color cannot make smoother gradients. The defect can be masked by adding about 1% noise. Do it without killing the selection, the statue doesn't need the noise. The result: 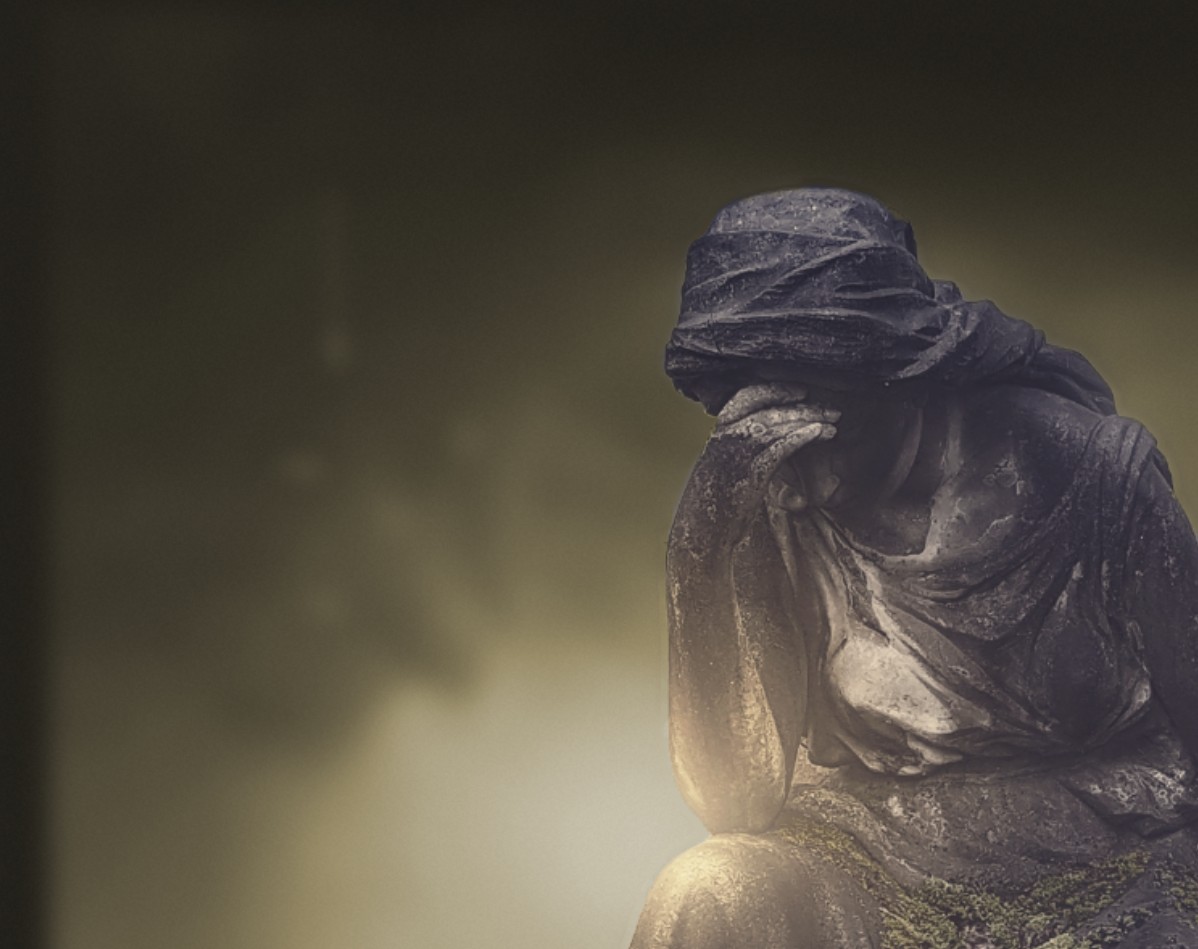 Not the answer you're looking for? Browse other questions tagged adobe-photoshop photo-editing noise or ask your own question.

11
Effective way to cut out clouds in photoshop
0
How can I make these overlapped images more realistic?
1
How to get a grainy/dithering effect on drawings?
0
Extracting/expanding smart objects with filters in Photoshop?
0
How to easily merge/blend multiple images together in photoshop?
1
Handling inversion on black and white photos in Photoshop
1
How to Create Spray Paint Text Effect
0
Strange bug with PNG layers