Anyone know a specific approach for creating these fluid liquid graphics? Or know of resources?

This is a bit of a broad question I'm aware of, but I'm sure I can be pointed in the right direction. And this fluid liquid effect can probably be done in many ways. However I'm really interested in creating/using graphics like this for a project.

Is there a name associated with this style? then I could actually search for it and find resources hopefully. Not finding much when searching 'fluid liquid effect'.

Or does anyone know of any software/process which creates this style. 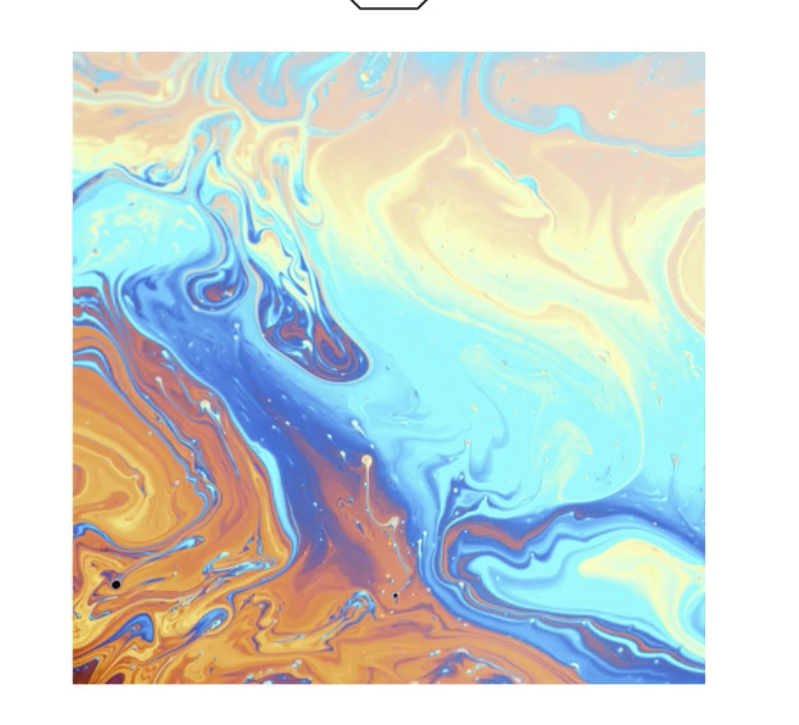 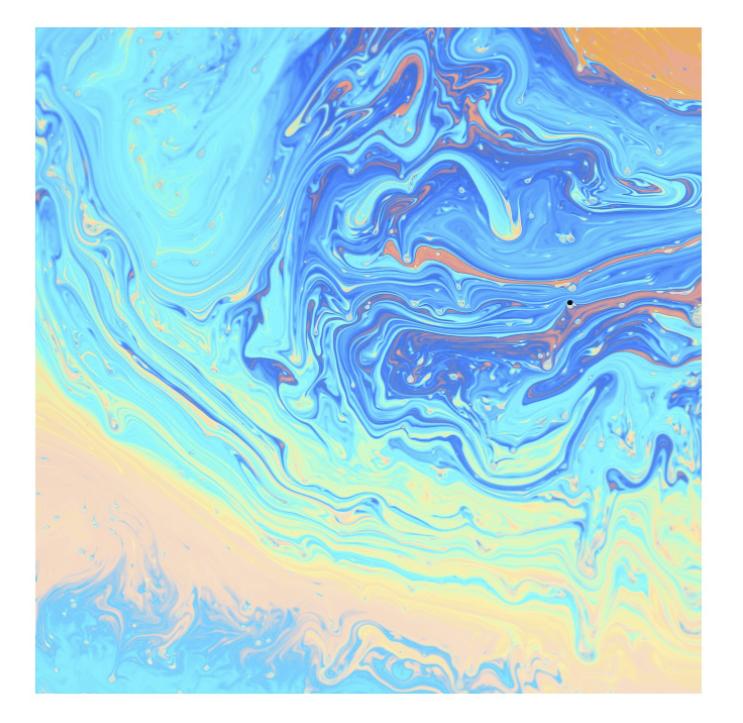 The technique is called "marbling," and is achieved by pouring multiple paints into a wide shallow container and then using a stick or toothpick to gently stir them together. With decent lights and a camera, you will probably get faster and better results doing this with real-world materials. I think that the sample images were probably done "IRL" rather than digitally.

Digitally, Photoshop has (had?) a tool called "Liquify" that can, with some care, create similar results. Try starting with a gradient, apply some texture filters to that, and then use the liquify filter. You might experiment with greyscale and then apply a gradient map to that.

I was thinking more about this, and it occurred to me that a good source for material might be a Fluid Dynamics Simulation/Visualization tool. For a proof of concept, I found an interactive one online ( https://nerget.com/fluidSim/ ), took a screenshot, converted to greyscale, adjusted levels, and then added a gradient map adjustment layer using some sampled colors from the "album" cover image in the question.

I cannot say any automatic filter which would liquify an existing pattern of reqular or at least simpler shapes to something like this. That does not mean they are nonexistent.

In Photoshop there's a couple of manual tools which will help you to make it. Unfortunately you must be able to imagine it - otherwise they are useless.

The tools: Edit > Transform > Warp or puppet warp, Filters > Distortion filters, Smudge brush, Filters > Liquify. The last one and partially also the Smudge brush are the major workhorses, the others help to break the initial form rapidly.

It can happen that sharpening is also needed, because an uncareful stroke with liquify or smudge create a fuzzy edge. In addition heavy sharpening greates fuzzy glows along sharp edges. 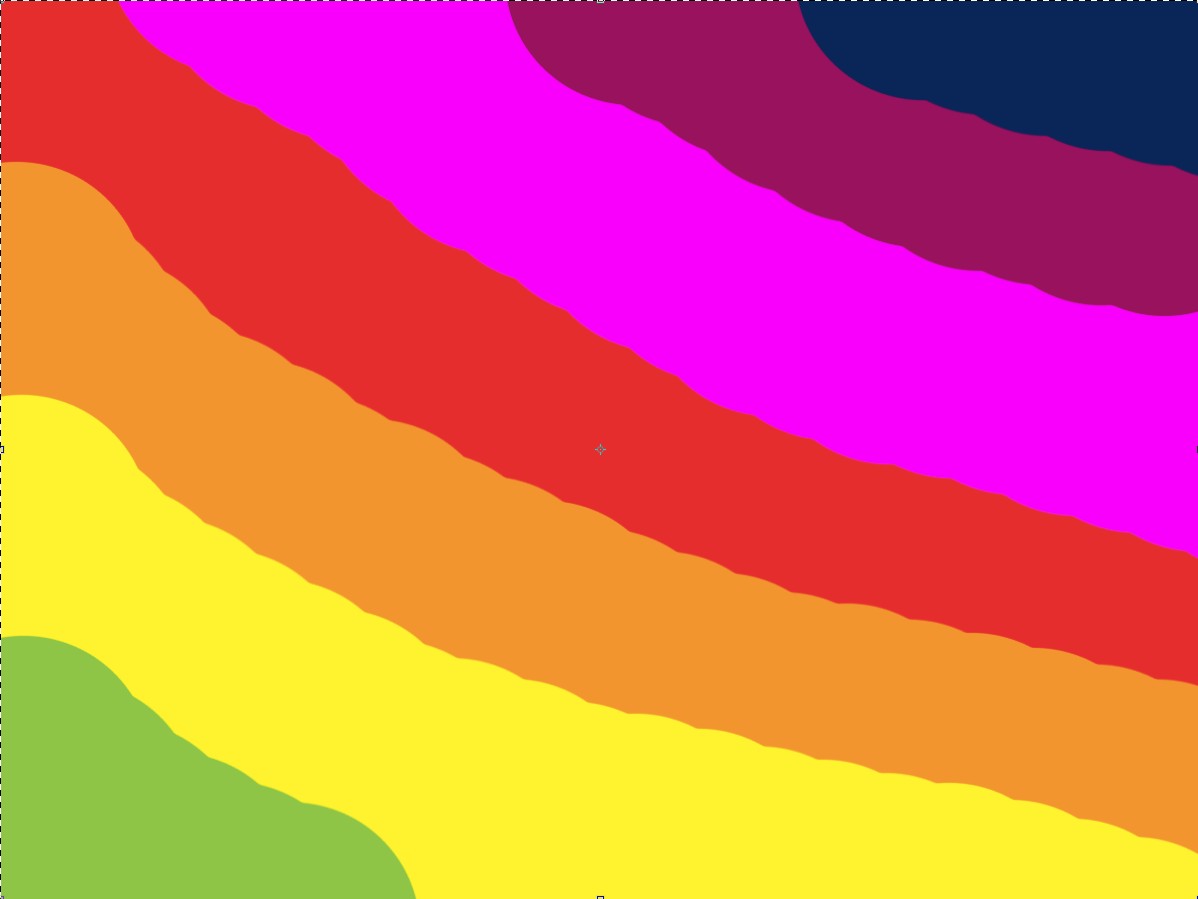 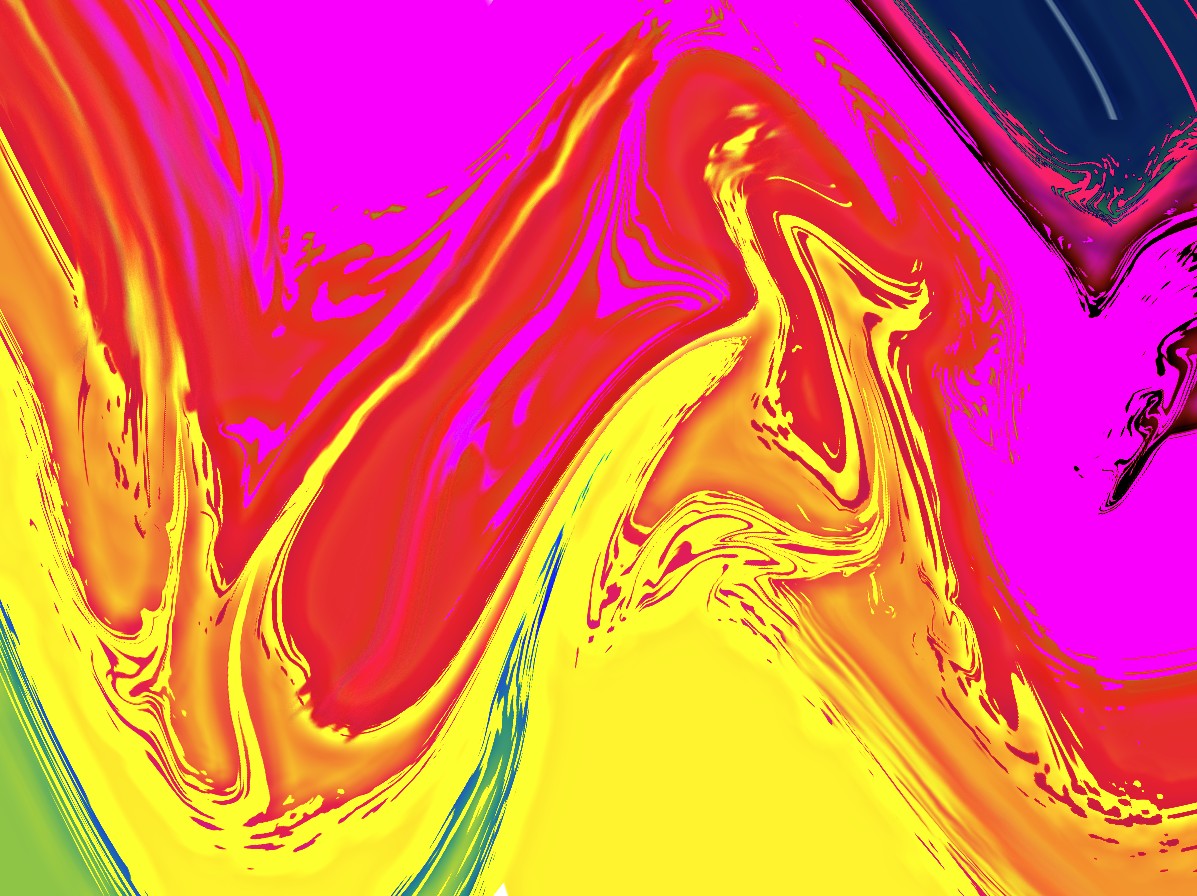 BTW: See Yoriks answer! I have seen accidentally made patterns of the same type when different paints are poured to same can without hevy mixing. I must admit that they were much more like your images than I can as easily make in Photoshop. Take a photo and recolor it as needed.

The name I associate with this is Japanese marbling, which the Japanese call suminagashi.

If you search youtube, there are videos which show the traditional process which basically uses inks, soap, water, and paper.

I suppose it could be simulated digitally, using the Liquify tool in Photoshop as others have mentioned, or even in GIMP with it's iWarp filter which is similar, however there's nothing to stop you from doing it using the traditional method, and scanning the result.

Another form of marbling is Turkish marbling, but the patterns are much more regular. These were often traditionally used inside book covers.

Not the answer you're looking for? Browse other questions tagged adobe-photoshop effects resource-recommendations style-identification overlay or ask your own question.

3
How can I re-create this ripple effect?

3
Services and resources for creating Android icon(s)
0
Does anyone know how to make these grunge/teared type borders in photoshop?
6
What's the name for the "artistic movement" /technique of these graphics?
3
Creating graphics for Android/iOS/Mobile Devices
4
Do we have name for these kind of "flat graphics" images?
3
Creating see-through graphics for window decals in Photoshop
4
Resources on producing responsive design wireframes and artwork, for graphics designers
0
I need help creating a specific type of background in photoshop for a packaging mockup
4
Tips on saving multiple document versions