How to create a smooth 3D effect on text?

In Inkscape, I used to be able to apply the combined lighting filter over text for a great smooth, 3d lighting effect on text but am not able to with updated version. How do I create this effect on text?? Please refer to attached image. 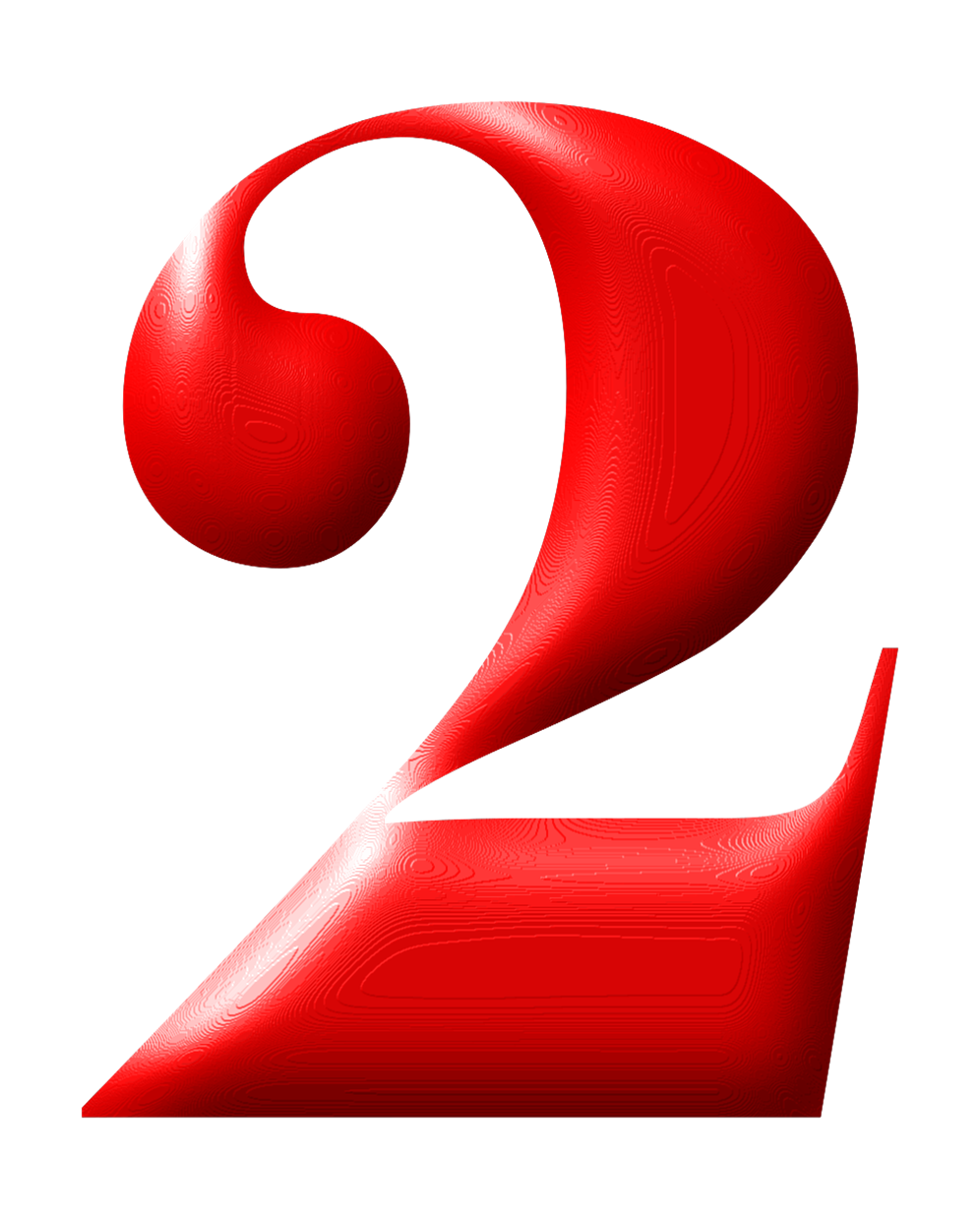 I had a quick look at this, and it looks like it might be a bug. Comparing the Bevels > Combined Lighting filter in Inkscape 0.48 and 0.92, there is some difference in how the filter is working, even though the settings seem to be the same. Funny thing is, if I copy and paste something from 0.48 into 0.92, it works. So there must be something different in the way 0.92 is applying the same filter. It doesn't seem to be a rendering problem, because 0.92 can display the filter from 0.48 just fine.

I've shared the SVG here if anyone more knowledgeable wants to investigate further.

This is a screenshot of the two effects side by side, shown in Inkscape 0.92 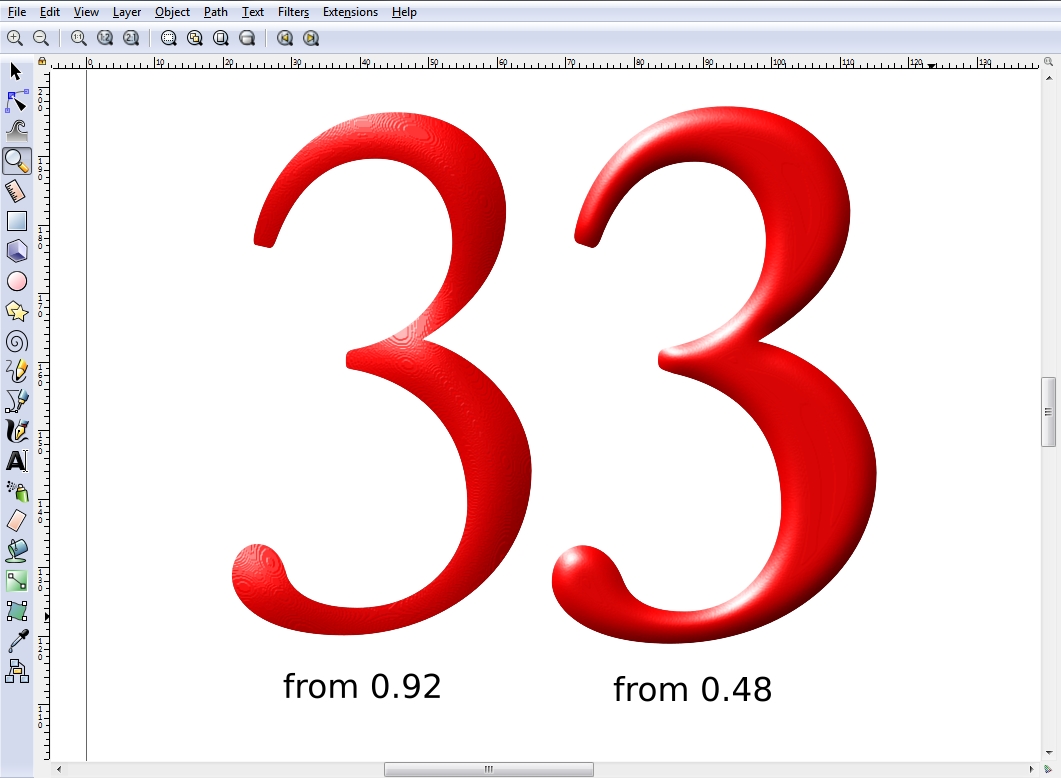 On further investigation of the XML, I noticed that there are some differences in the SVG for the text. In 0.48 there seems to be a transform matrix being added, so alerting me to the fact that the effect is somehow being scaled differently with the text in 0.92. So I experimented in 0.92, and applied the combined lighting filter to a larger piece of text, then simply scaled it down afterwards. And voila, it seems to work! Not exactly a fix, but at least a workaround with only a little more faffing. 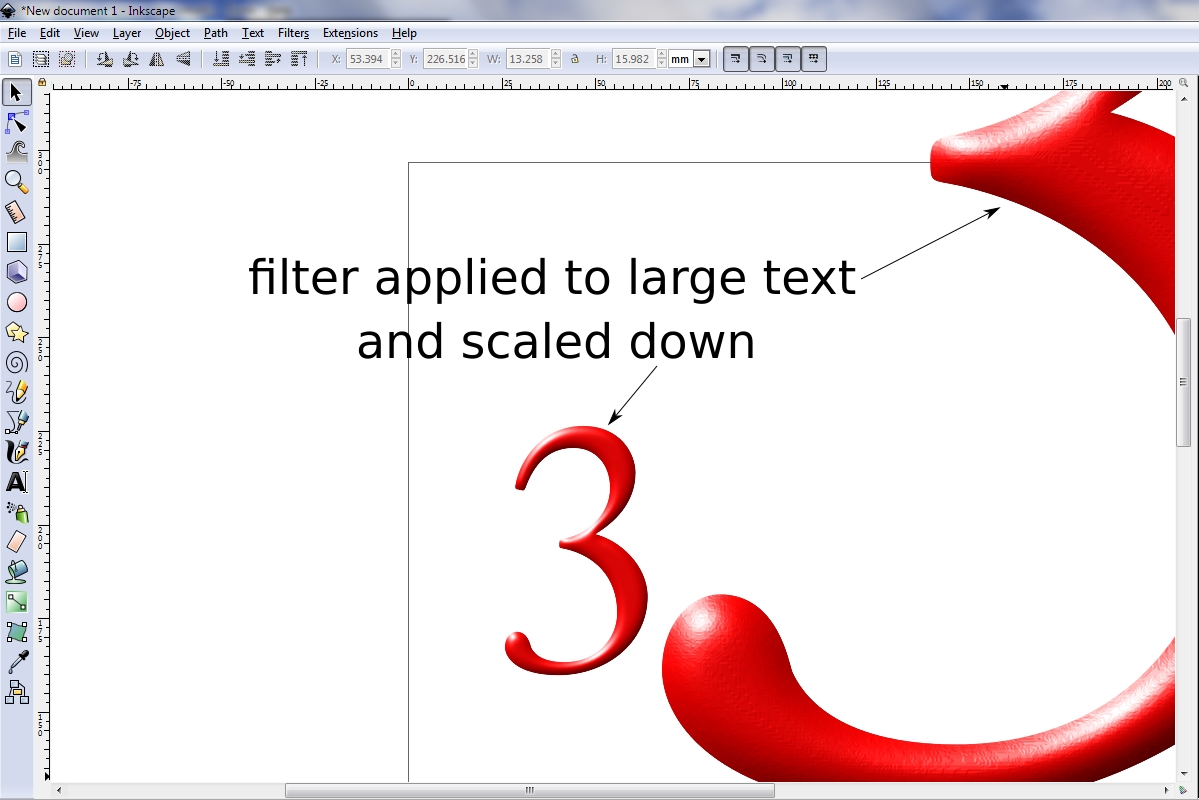 Not the answer you're looking for? Browse other questions tagged fonts inkscape 3d effects filter or ask your own question.