How to align two objects to the same grid (in sketchup free)?

If I move the objects as close as possible to one another, visually, and then use the measuring tool to confirm distances, I get a distance of 0" displayed, even though there is a clearly visible gap. 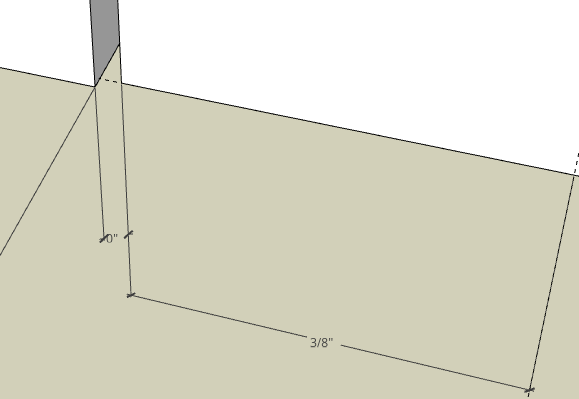 N.B: I've added an arbitrary line, 3/8" apart, just for scale. But notice how the visible gap shows up as 0" 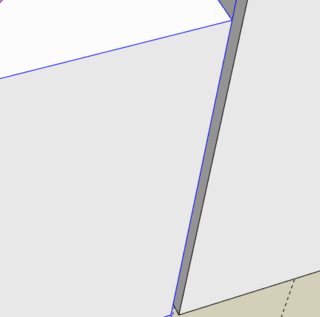 If I move the horizontal piece closer to the vertical piece by "one notch", I still end up with a minute noticeable gap, but as the top image shows, its real measurement is 0": 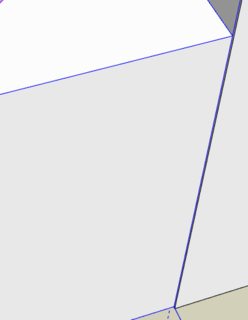 If I keep moving another notch, then the overlap is clear, confirming that the previous "notch" was as close as I could get it: 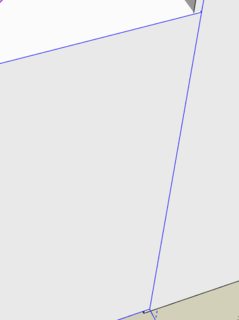 I'm only working with 90degree angles. And I've tried moving the two pieces independently in the hope of "resetting" the grid, with no noticeable change.

Just in case, I'm showing a snapshot of my 'view' settings here: 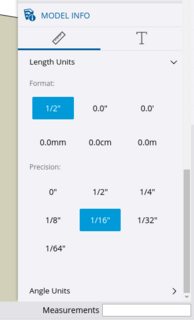 I have simultaneously sought out help on a different forum, and received the following answer, which resolved the issue.

The solution is to select the move tool ('m'), click a corner or an edge of one component, release, move the cursor until it snaps on the corner or edge it should connect to, and click again. You can also drag the corner or edge instead of clicking and releasing, but the advantage of the click-move-click is that it will be easier to pan/zoom/rotate the camera while the selected component follows you around.

I was initially moving the component by dragging its faces, which does move the object, but does not trigger the same "snapping" options on adjacent components. Faces are easier to click on, edges and corners being so thin and easy to miss with the cursor.

This photo was provided on the answer thread to display the behaviour:

In the question's first picture, the initial gap which is displayed as 0", revealed itself to be a 1/64" gap when I cramped up the resolution in the "model info" pane.

If all your components are laid out in exact multiples of 1/16", and you use right angles (x90 degrees), then really it shouldn't matter if you initiate movements with faces, edges, or corners -- everything lines up. Somehow (I still don't know how/why), a 1/64" gap entered the scene, and then alignment by corner/edge became necessary.

I wish there was a way to snap all of the components to their nearest rounded up/down 1/16" grid cell. I've had to align every single component one-by-one to get them to snap on the same 1/16" reference snapgrid.

Sketchup allows you to move component by an offset typed on the keyboard. Perhaps I erroneously typed 1/64" when I meant 1/4" at some point when I rearraged the scene, and then ignored it because it had no visible effect.

0
Sketchup How To Create Two Rectangles and Stack Them on Each Other Without Being Sticky and Distorting and Locking Together?
3
How to flatten object in Sketchup?
0
How to fine-tune the position of a point in SketchUp LayOut?
0
how to make a double helix in sketchup?
0
SketchUP: How to to resize only one dimension of the model and leave others as is
1
Sketchup Pro: How do you export a file from Layout into Sketchup?
0
How to get rid of these lines and join objects in Sketchup Make 2017
0
Make cutting in the SketchUp component
0
How do I flip along the axis using web version of Sketchup?