How do I create a geometric shape like this with Photoshop? [closed]

I want to create an SVG image that looks like a spherical triangle with three circles positioned at each vertex. Here's what I'm trying to achieve: 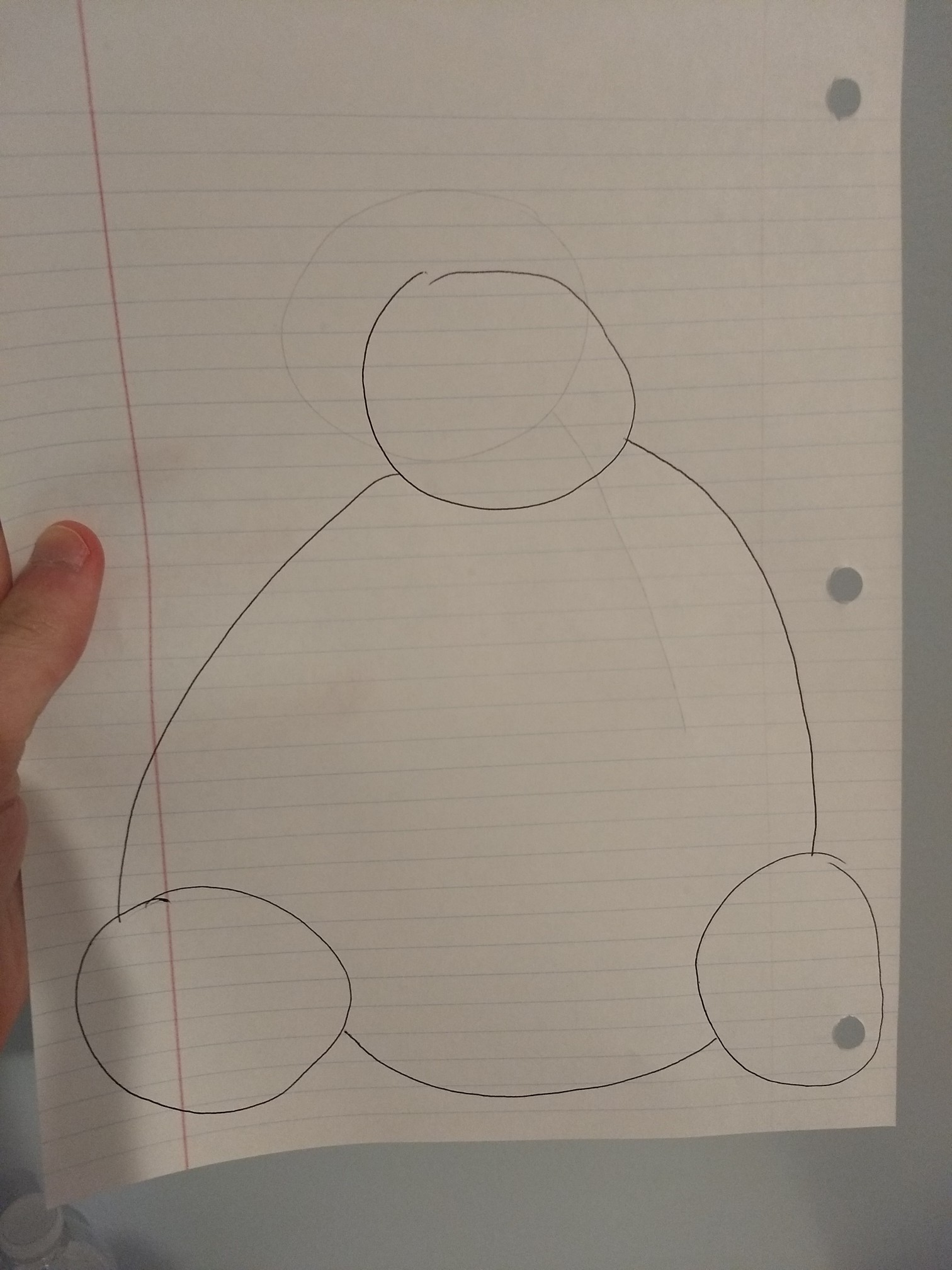 Is it possible to do this in Photoshop? (If not, is there any other graphic design tool out there suited for this that I might want to hear about?)

The shape you are trying to draw is a reuleaux triangle with circles on each corner. Seeing as you are asking if it can be done in Photoshop I am going to assume you have Illustrator as well.

The main thing to remember is that a reuleaux triangle is fundamentally an equilateral triangle but with curved edges. So that is what we will create first.

Although Illustrator could be used to do this, it is probably easier in Inkscape, since it has a Polygon tool, with a rounding option, which not only rounds the corners but also curves the edges.

Update: The above example was made using Inkscape 0.48. In the most recent version of Inkscape 0.92 the polygon tool works somewhat differently, in that rounded triangles have no nodes at the vertices, so there are a couple of extra steps required.

When you draw the triangle, adjust it to the desired roundness, then click Path > Object to Path, then Extensions > Modify Paths > Add Nodes, using the setting shown below. This will create additional nodes at the vertices for placing the circles accurately with snapping.

As commented already, nearly any graphic software can be used. In photoshop the easiest tool is the normal brush. Have your model in the background and paint onto a half-transparent layer. The result is easily quite near your original: 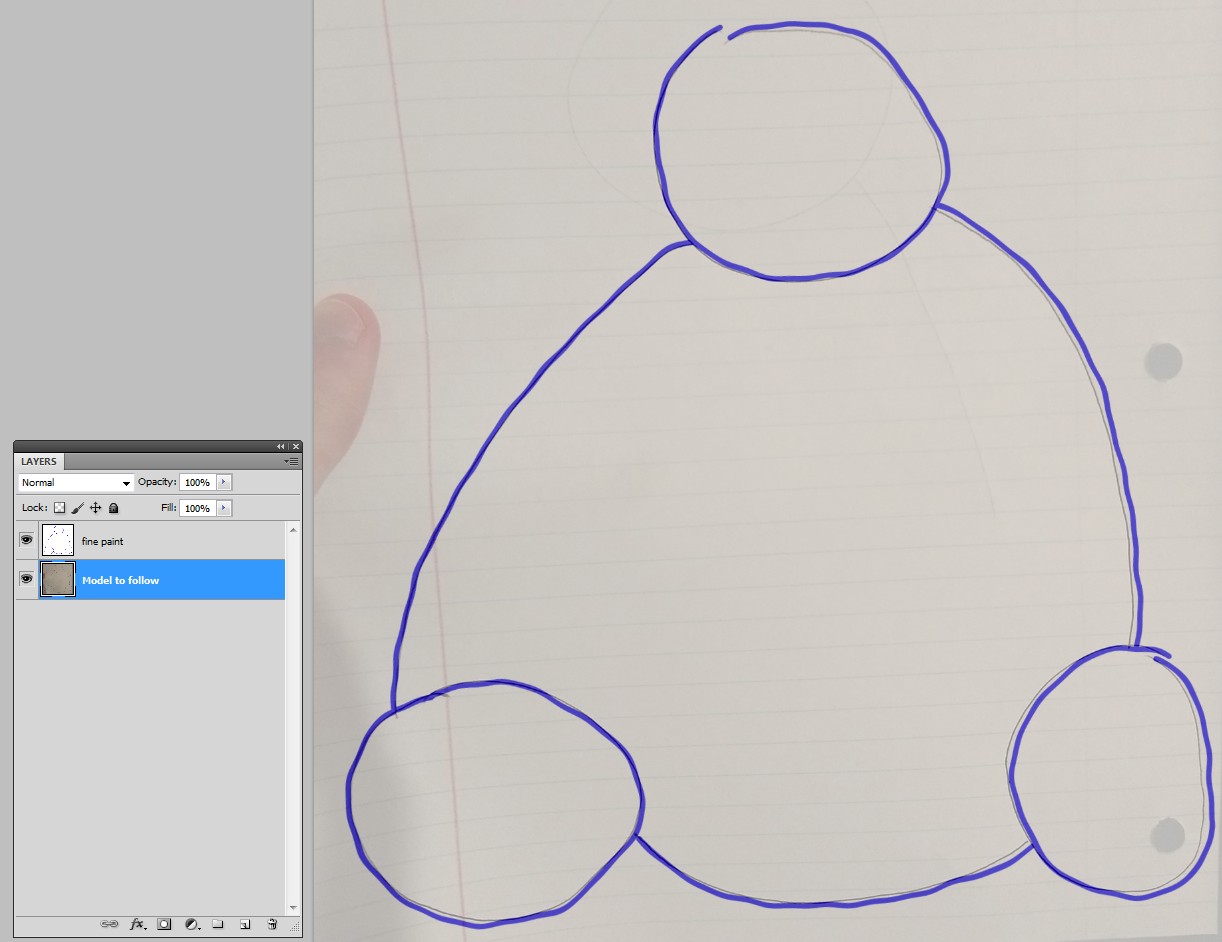 But if you are after an exact 2D projection of a spherical triangle - even without a perspective - you must carefully calculate which elliptic arcs you shoud draw.

Symmetric straight ahead -view is easy, but still mathematically perfect (no perspective, unfortunately) if the triangle has equal sides. The following method is general altough it's done in Inkscape:

0
Inkscape: How to overlay objects with transparent fill?

1
How to eliminate angle parts of triangle to get six sided polygon with mask in Photoshop CS 5 or 6
0
How should I go about redesigning this graphic?
0
Auto align layers with changing contents but constant shape in Photoshop
0
How to achieve pixel perfect curves with Photoshop CS6?
2
How can I create a spherical perspective grid in Photoshop or Illustrator
4
How can I create a mosaic with my own tessellating tile shape?
1
How do i need to process an picture to make it look like the background of this site?
0
How to smooth a simple shape in Photoshop