Problem placing an A4 PSD into InDesign

I have a CV Photoshop templated I bought from Graphicriver which, according to the author comes in A4 format. Carefully I've edited it to my needs, but maintaining its canvas size. After finishing it, and like I've done so many times, I open InDesign and configure my document as A4 and then place the .psd file into it... which must fit since both have the same A4 canvas size, am I right?

Well, it's not in this case. When I try to place the PSD archives in InDesign (initially configured as A4 too) it comes a little out of the A4 InDesign sheet, and if I try to manually transform it and match the width, then the hight will be affected since now the .psd document will get short regards InDesign canvas hight.

Is this really complicated, or I'm just an insane noob?

8.517 × 11.943 inches is roughly A4 plus a 3mm bleed (it's slightly more but close enough; it actually works out as a 0.12 inch bleed which makes sense if you're working in inches, I always work in mm though.), which is pretty much standard for a print document of that size.

Just place the PSD in InDesign centered on an A4 page, you can then export form ID with or without the bleed as needed.

Just to illustrate; here is a document at the same size, with A4 marked by the guides: 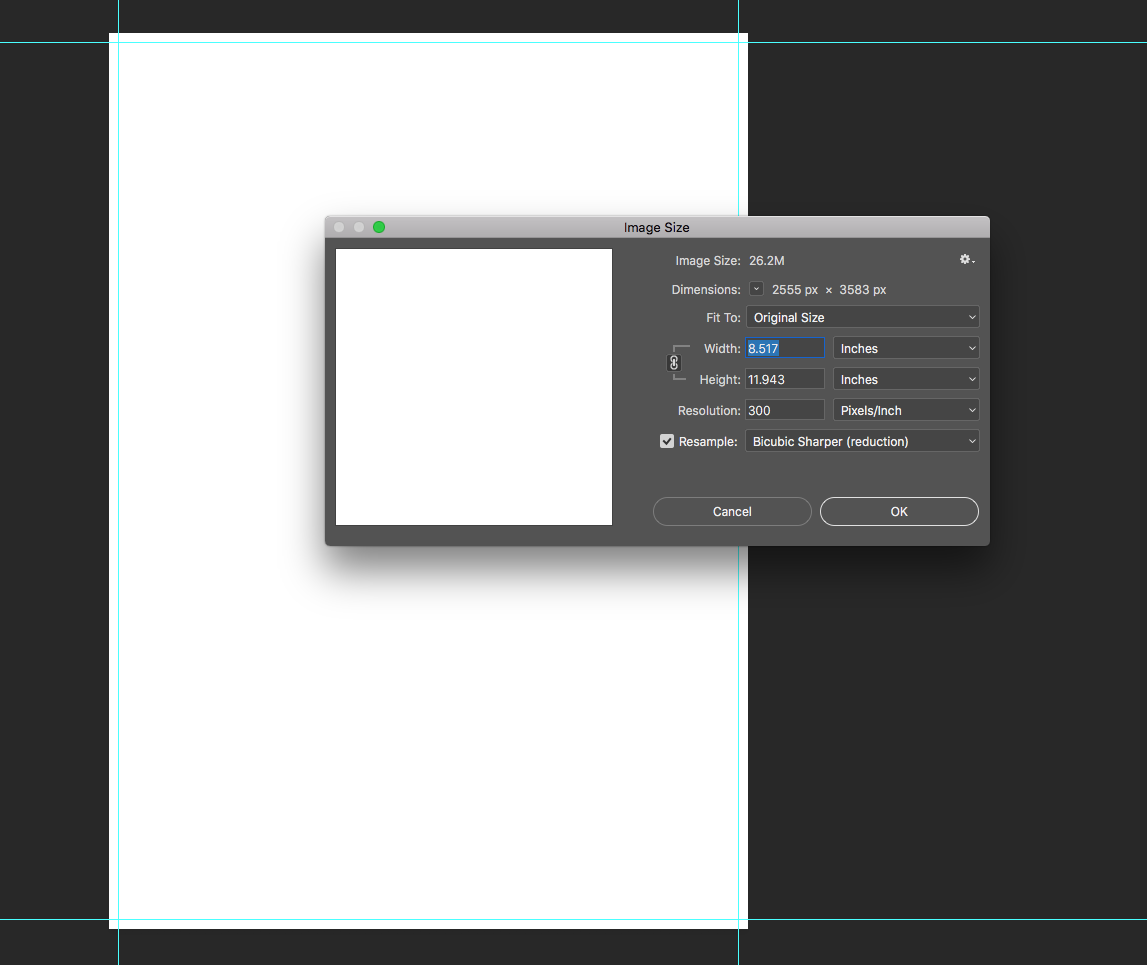 For more details on bleeds see How can I determine how much bleed to use?

Not the answer you're looking for? Browse other questions tagged adobe-photoshop adobe-indesign print-design or ask your own question.

21
How can I determine how much bleed to use?

2
Designing shape in InDesign - how to emulate effect from Quark XPress?
0
Image as background for magazine cover in InDesign
0
Losing outlined text from inDesign to JPG
3
Why a bigger picture than page is enlarged rather than shrinked in InDesign?
0
Get blank image when placing an .ai file into InDesign CC
0
‘Save as optimized PDF’ in Acrobat breaks hyperlinks created in InDesign
0
Illustrations showing up pixelated in Indesign despite huge resolution
1
File size dilemma in Photoshop for print-quality large banner
1
InDesign: Placing 300 ppi image at 300% for intended 100 ppi output?
0
creating new files in Indesign