Looking for a Japanese font to match Garamond

Question: I'm currently taking a Japanese History course, and typing up (what I believe to be) a very pretty set of course notes. However, I'm having trouble finding an appropriate font. I'm currently using one of my Chinese fonts which has a medium calligraphic style to it, however it doesn't have great Japanese support. I am strongly preferential to free fonts, for the obvious reason of being a poor university student.

I've searched for Japanese fonts across the internet but I'm having significant trouble finding a Japanese font that matches my body text (EB Garamond). If anyone can point me in the right direction that'd be amazing. 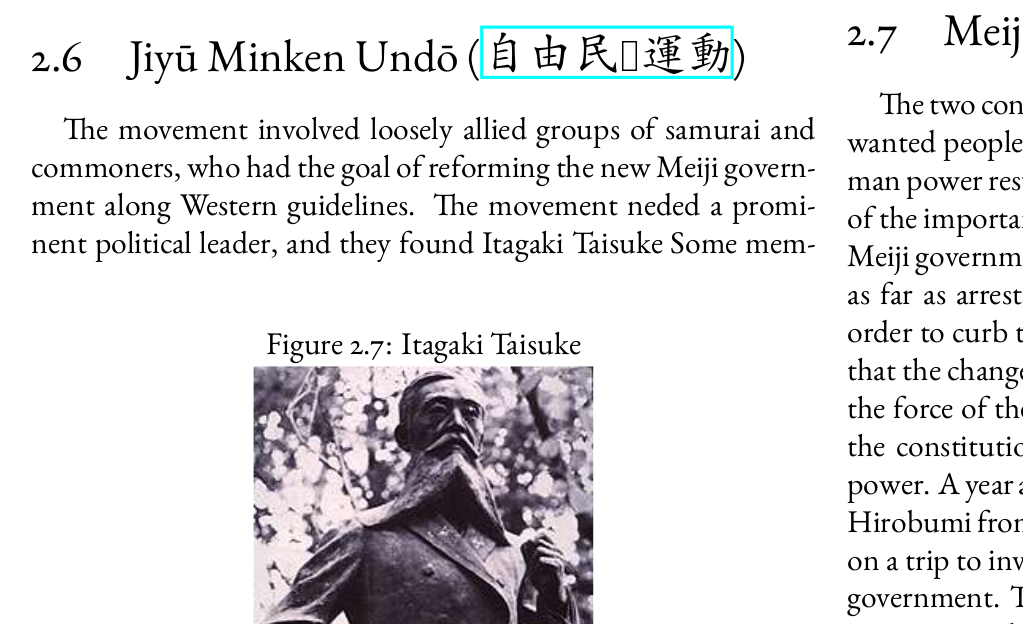 (Please pay no attention to the grammatical/spelling errors, this is from the latest class period and hasn't been edited yet)

OP's comments: This was originally on the Japanese SE website, but they quickly closed and deleted it without consideration of the fact that their community was probably the single best resources for this topic.

My computer seems to have Kozuka Mincho Pro, which has a huge base of glyphs. Even some white-on black kanji and a large selection in both hiragana and katakana. The font came, as far as I know, with my copy of Adobe CS3.

A Google made me find it available for free both at http://fontpark.net/en/font/kozuka-mincho-pro-r/# and http://www.azfonts.net/load_font/kozgopro_regular.html. I have no experience with either site, though.

Edit: I forgot the 'calligraphic' part of your question. My apologies. A good alternative might be DFKai-SB. It's not as thorough or deep as Kozuka, but I guess it will do the job you want it to.

I was able to find it for free here: http://fontzone.net/font-details/DFKai-SB/

I have seen a number of books successfully pairing Garamond with such a Japanese font. This style of font is called kyōkasho tai (kyōkasho = "textbook", tai = "typeface") and is used, as the name would suggest, in Japanese textbooks. Its shapes are not stylized as in the minchō fonts (right): 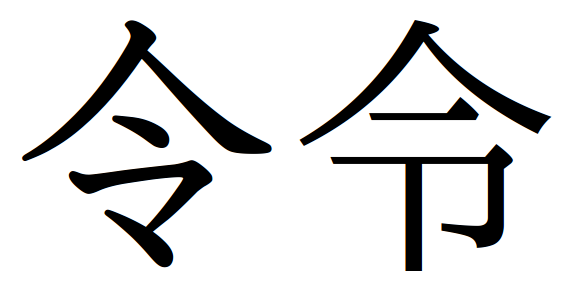 and resemble the character that is actually written by hand. (Very much like the single-storey "ɑ" is handwritten and the double-storey "a" is used in most stylized fonts; similarly for "ɡ" and "g".)

Of course good Japanese fonts are almost never free. You can see if the sample of the Kyotai font by Motoya contains all the glyphs you need. (You may have to sign up to their newsletter to download the sample.)

The font DFKai-SB (right images) suggested by @Vincent is a good approximation, but seems to be based on the Chinese shapes:

(Most of the circled parts would be considered incorrect (for Japanese) by Japanese standards.)

If the sample font doesn't contain all the glyphs you need (and you don't want to spend $100 to purchase it), you may be able to find other similar fonts searching for kyokashotai.

5
What font can I use for a Japanese book?