How to retain only the black outlines of colored drawings, and then convert to SVG (vector file)

UPDATE: I have added a direct link to the PDF file, as well as a sample image below to give an overview of the goal.

I currently have a color drawing/sketch that I want to convert to a vector file (.SVG or .DFX) to eventually have only the outline of the drawing be 3D printed in plastic (through a design in Autodesk Fusion 360).

The initial image was created in Photoshop and then converted to a PDF. I do not have access to the Photoshop source files.

My understanding of the steps to achieve this is:

There are some pretty nice and efficient online conversion tools, but most have limitations in their free versions (as well as other problems).

The following question is very similar to mine, but answer #1 doesn't work because it simply transforms the image to greyscale (to do so, wouldn't it be simpler to simply do Image --> Mode --> Greyscale??).

Answer #2 seems promising, but I am stuck at step #3, not knowing how/what to do with the levels. The included screenshots/jpg on that page aren't valid anymore.

Also, how do you "Make a new file with only the color you need."??

What Rafael describes is EXACTLY what I want at the end: Some black (only for the outline, and ideally SOLID black lines whereas the original may not be so cut (I think that's what anti-aliasing is for?) and some white.

Then I can simply take that new black and white image and have the outline converted to a SVG and then import this in Fusion 360 to extrude it in my model.

In gimp, I also tried the Color to Alpha, it worked for the white background.. but then I tried to "pick" the turquoise and the red to convert them to alpha, but nothing seemed to happen, not sure why... I am really outside of my comfort zone here... :(.

The tool I have at my disposal is GIMP, Inkscape and Fusion 360 on a PC.

Any help and guidance would be much appreciated.

Here is a link to the original PDF: Dwarf page

Thanks for any help. I'm really a noob when it comes to image manipulation.

You can see below a sample of the source file (left column), what I was able to achieve using online tools and some Inkscape (middle column, although not all turned out great - see bottom row). In the right column you can see a sample of the end goal: Import the SVG in Fusion 360, have the outline extruded outward, and then 3D printed.

The result I got in those 2 pictures isn't too bad, but it was very tedious and manual, not something I would like to do for each of the 50 faces. If there was a way to "process" the initial PDF/image containing the matrix of 50+ faces, it would be great.

Also, you can see in the 2nd image that the eyebrow were merged with the eye lids, and in the red image, the beard lost all its details because of the brown color inside that was too close to the black. Hence my desire to REMOVE all colors first (brown included), hopefully making it easier for the tracer to only trace the black. 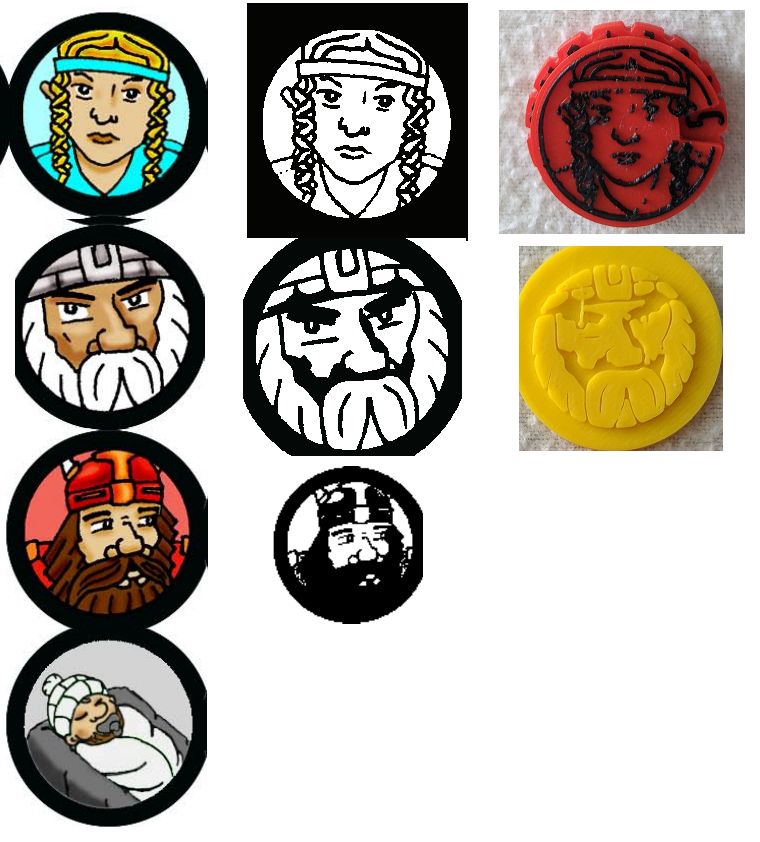 Update to some of the comments:

Raster image editors like GIMP or Photoshop are practically useless for what you are trying to do. They only have very basic vector support. They aren't the right tool for the job.

The only real way to do this is to use a vector image editor, and redraw the work in vectors, by hand. If you want an SVG, then Inkscape is free and Open Source, or if you have money to burn there's also Adobe Illustrator. Or you could hire a professional to do it for you if you don't have the required skills.

Auto-tracing raster images using vector image editors, or online converters might work, but the results are never as good as preparing vectors manually. Inkscape has an auto-trace function. The image doesn't have to be black and white for it to work.

BTW, your link to download the original file requires a login. If you want to share the file, use filedropper or some other file sharing service. Sometimes PDFs can contain vectors, so you might not need to do anything except import it into a vector image editor and change the strokes and fills. I can't tell if that's the case if I can't access the PDF.

Update: since you have now provided the images.

a) Using the elliptical selection tool in GIMP, copy paste a circular selection of the image into Inkscape

In Inkscape, select the bitmap, and click Path > Trace Bitmap with the settings shown below.

b) This is the result of the trace, and is now vector.

c) With the ellipse tool, draw a circle over the trace result, set the stroke thick enough to make a solid circle. 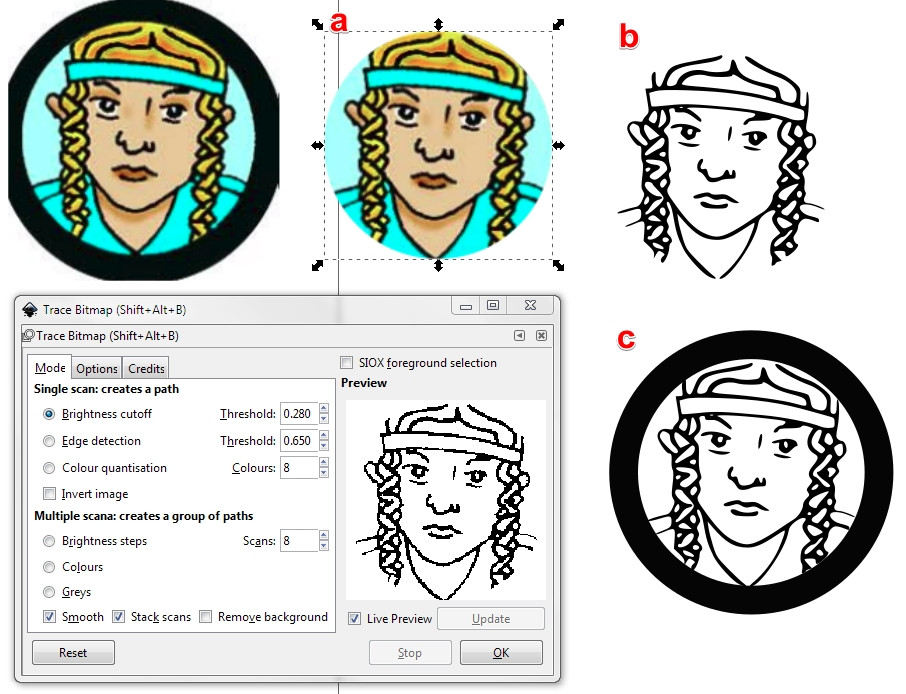 Finally delete the bitmap image, and save the file. Voila! you now have an SVG.

Further work is required to turn everything into a single outline. 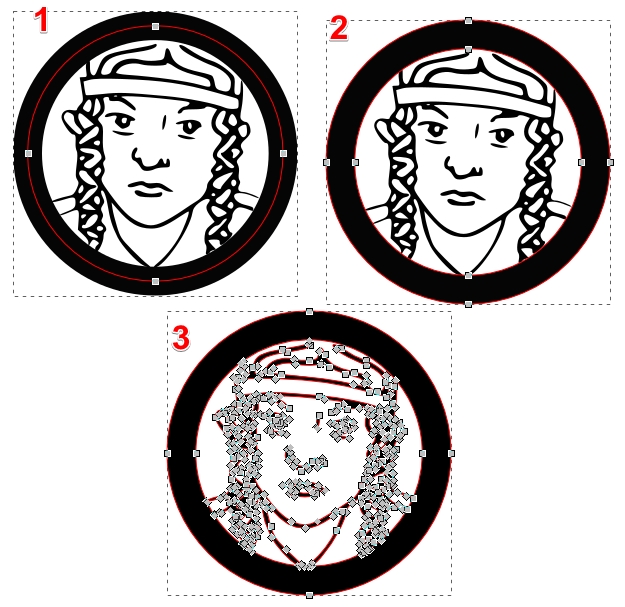 You can get the SVG example I created here

My approach on this case.

I cheated and opened in Corel Draw (which actually does open it) to see what is the real resolution of the bitmap inside of it. It is 180ppi. (It is a bad idea to deliver a raster image on a PDF if you do not have the tools to work with it)

Back to Gimp on the dialog box put 180ppi as the resolution of the imported image. 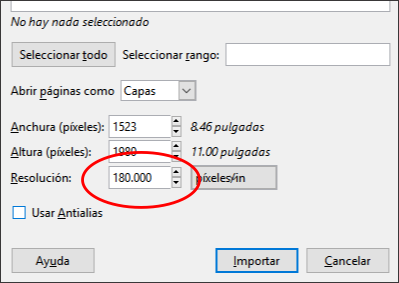 Colors > Components > Decompose And use the RGB model. Uncheck layers so you have separate files.

Now use this 3 channels as separated files to work with. Some discs will be cleaner on the REd channel, some others on the green or blue. 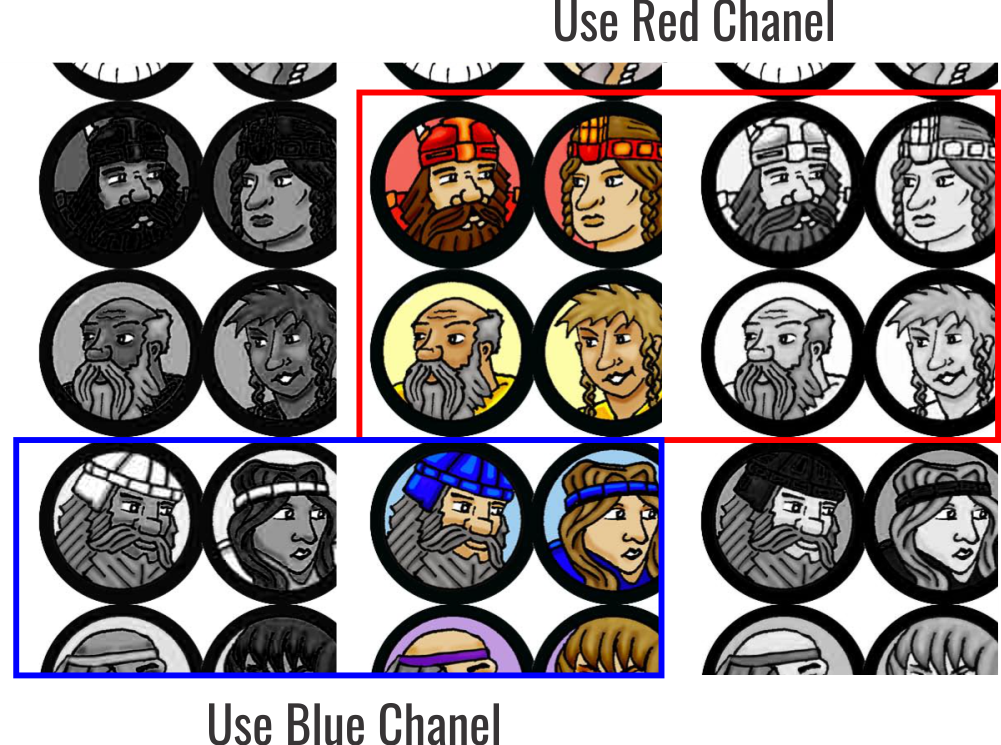 This is the most important step because there is a compromise between the cleanness of the image and the with of the resulting edges. 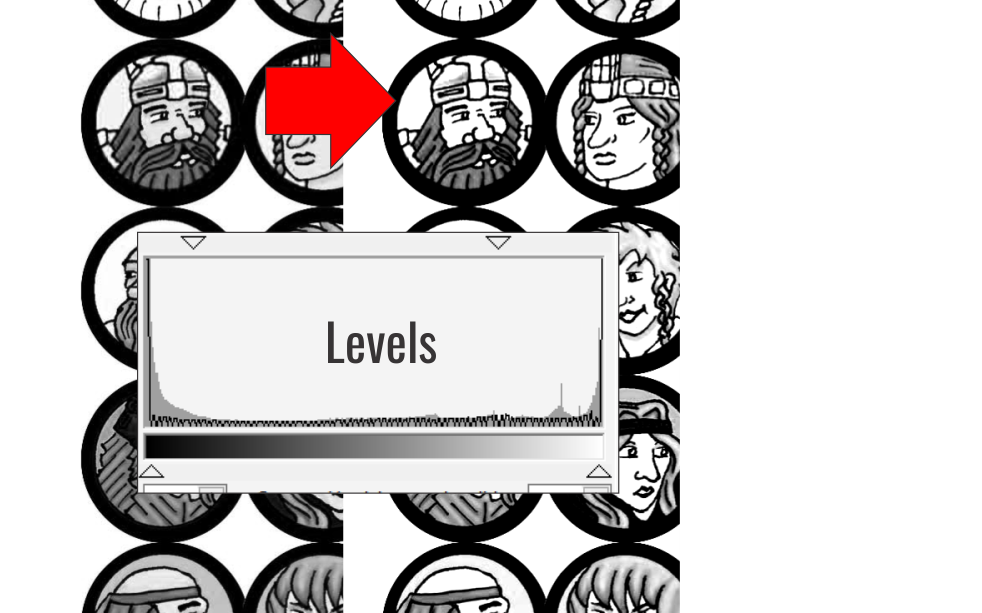 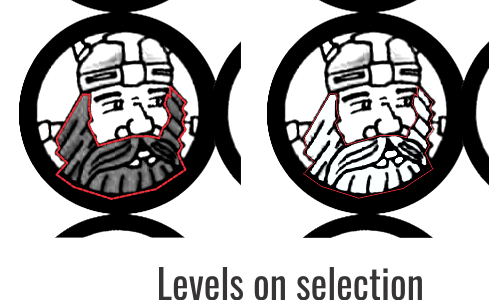 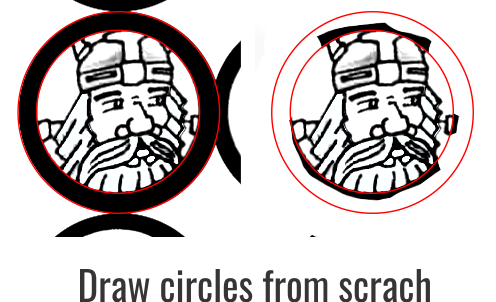 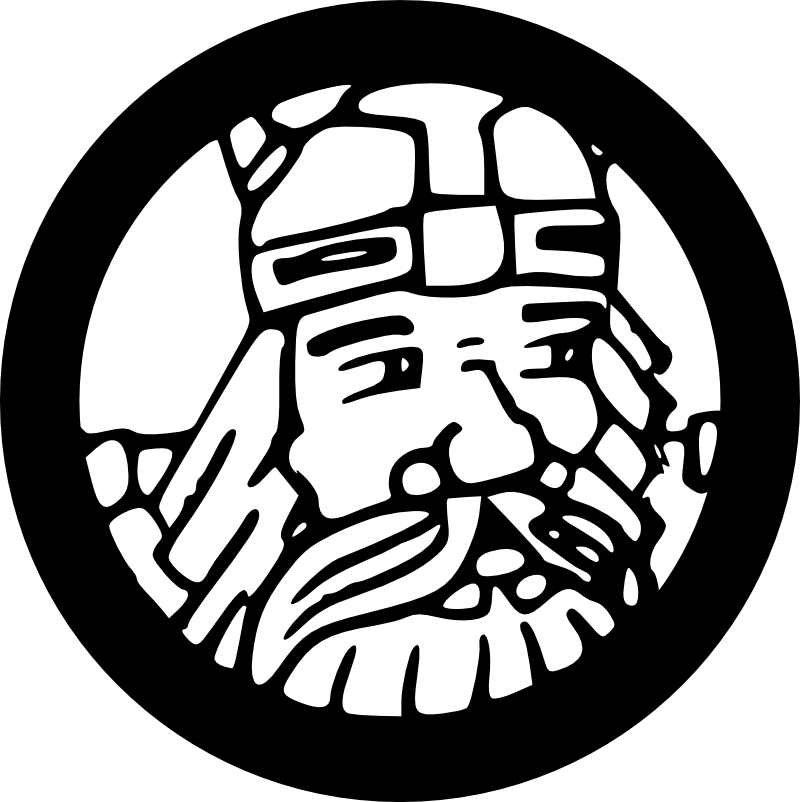 Try to get higher resolution files. Twice as big if you can, so you have better results.

Not the answer you're looking for? Browse other questions tagged vector inkscape gimp svg image-trace or ask your own question.

3
How can I outline (LaTeX) text in Inkscape?
1
Inkscape failing at converting an .svg to an .eps (or any other file)
5
Inkscape: Get an outline of an object
4
How can I trace the edge of a svg file using inkscape without rasterizing the image and re-vectorizing it?
2
Make a particular colour less bright
1
Why is the svg black and white?
5
Inkscape: after bitmap trace, break shapes into own paths (for css animation)
3
How do I convert images of a page of text to pure Black & White and sharpen the text?