What's the clean Blackletter font used in this jeans logo?

I know it is not ideal to post the what-font-is-this kind of questions but I find myself intrigued by this sample I found on flickr.

What I'm most interested in is a Blackletter font that has similar clean strokes. Typical Blackletter have rather complicated serifs that are not ideal for my purposes. 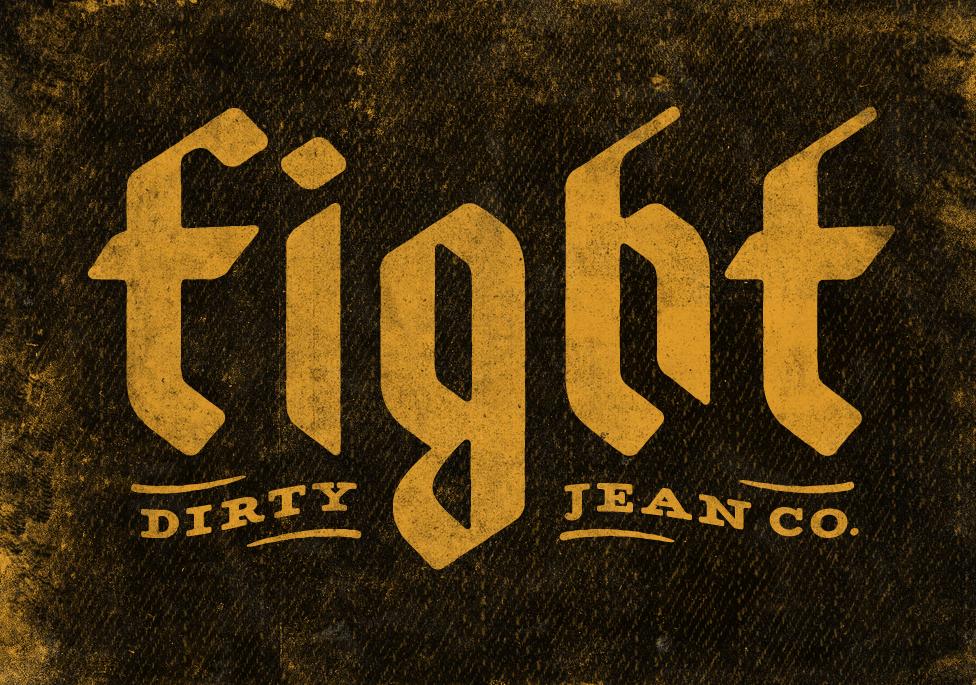 I don't think it is handwritten becasue of the clean lines and perfect radii and because of the inverted angle of the "i" and "h" foots.

On the other hand I kept wondering if this were Fraktur or how the different kinds of blackletter are kept apart. Reading further I found out that fraktur is broken, interupted in english. What puzzles me a bit is that I thought all blackletters where drawn in more than one stroke. Therefore interrupting... Wouldn't they all be Fraktur in that case?

I hope this is not too basic. I have not had a formal graphic design education (currently studying Industrial Design) and am lacking some basic knowledge

Any feedback is appreciated. Thanks!

font-identification typography terminology
Share
Improve this question
edited May 29 '11 at 18:35

Well, fractus is latin for "broken", hence the name. The term "fraktur" is sometimes used for a particular type of blackletter (that is, not Miniscules or Rotunda), but often (particularly by German non-typographers) simply refers to all kinds of broken scripts -- that is, blackletter. Here's from Wikipedia: 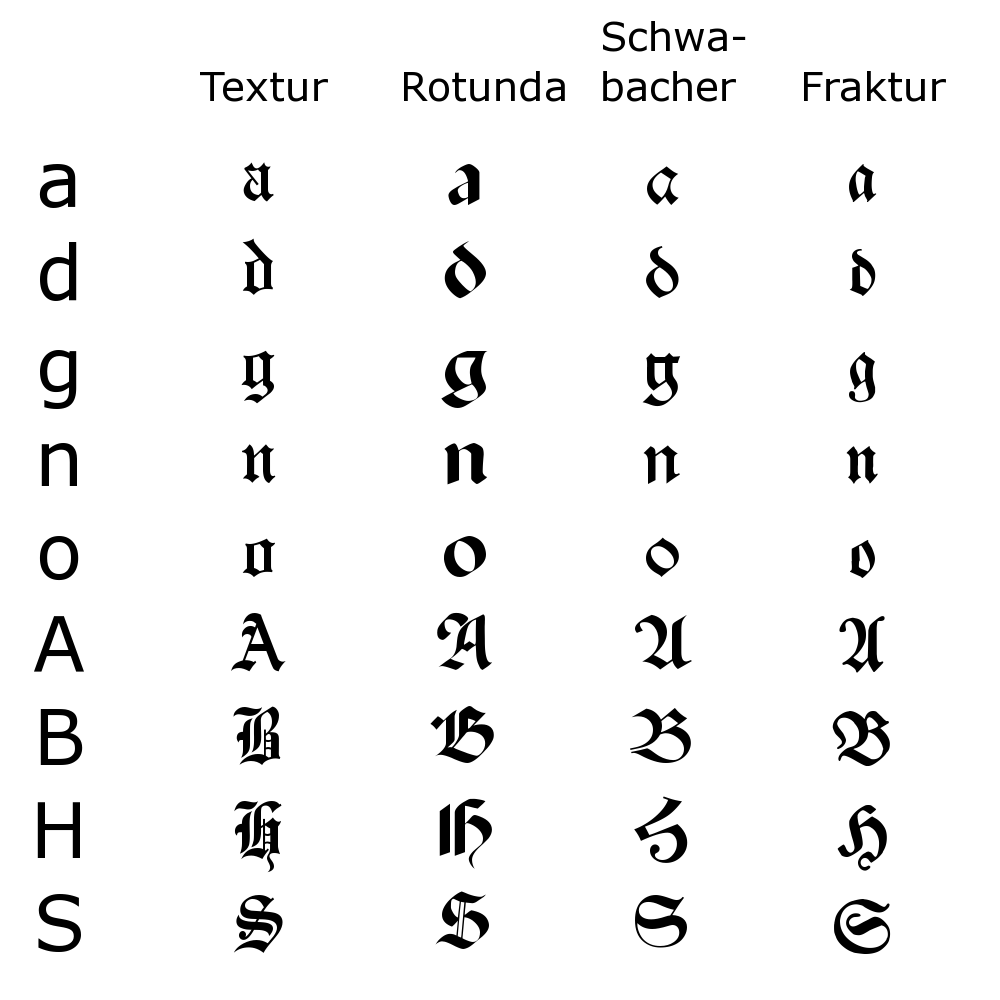 I haven't seen this font before, but I'd guess it's hand-drawn for the logo.

This is a Simon Walker. The man is known for his custom typography work. He has an article about how he does texture and typography on method and craft. It was helpful for me to see how he works.

That logo is definitely hand-drawn pseudo-blackletter.

The wiki page is misleading. English has no recent history of using those letterforms, and so doesn't have multiple terms for the various styles.

The Germans, however, were using it (usually modernised versions) right up through the Hitlerzeit.

Wilhelm-Klingspor Gotisch, designed by Rudy Koch during the Hitlerzeit, is a modern Fraktur:

The lower case in a Fraktur font is basically made up of straight lines, as you see in that font.

A Schwabacher font has a mix of straight and curved lines in its lowercase.

But the transition from classical letterforms to ours today was not clean or neat, so take everything with a grain of salt. If you want to do a very coarse stylistic slice, the Italians tended toward rounded forms, while the Germans tended toward vertical. But the period had a lot to do with it too, so that 10th-c. Carolingian forms, which are rounder, were found everywhere during their time (they preceded blackletter by centuries) yet look quite modern today: 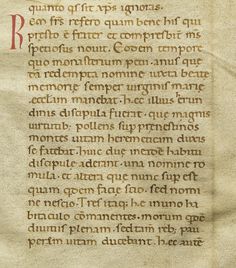 Not the answer you're looking for? Browse other questions tagged font-identification typography terminology or ask your own question.