Is there a way to get correct color mixing without posterization, working with 8 bits only? Or something better than Linear RGB color space mixing?

I'm in search of a practical and orthogonal solution that preferably:

Working in a linear rgb and/or high precision is not perfect.

It would be great to work in 8 bits, it would result in a more performant canvas.

The expected blend is in the small gradient on top, zero intensity variation.

working on bigger colors spaces than linear srgb with high precision turns mixing better but still don't give much more benefit. For sure linear is not as bad as nonlinear mixing but it would be great to get something better.

Im totaly open for programs that automatically linearize rgb or do any auto-trick if it expose any real advantage in terms of mix quality or performance.

Apart from that, even memory footprint is not of my interest.It is just that, in fact, behind the scene it is just doing the same, calculating in a linear RGB high precision internal stack, and maybe worst, adding round precision errors and making me more confuse about some possible problem in painting process, another point is, I'm better served if I understand it.

The nearest I've got from something really interesting in terms of color mixing was with CIE XYZ working color space mixing, as I've got results like: 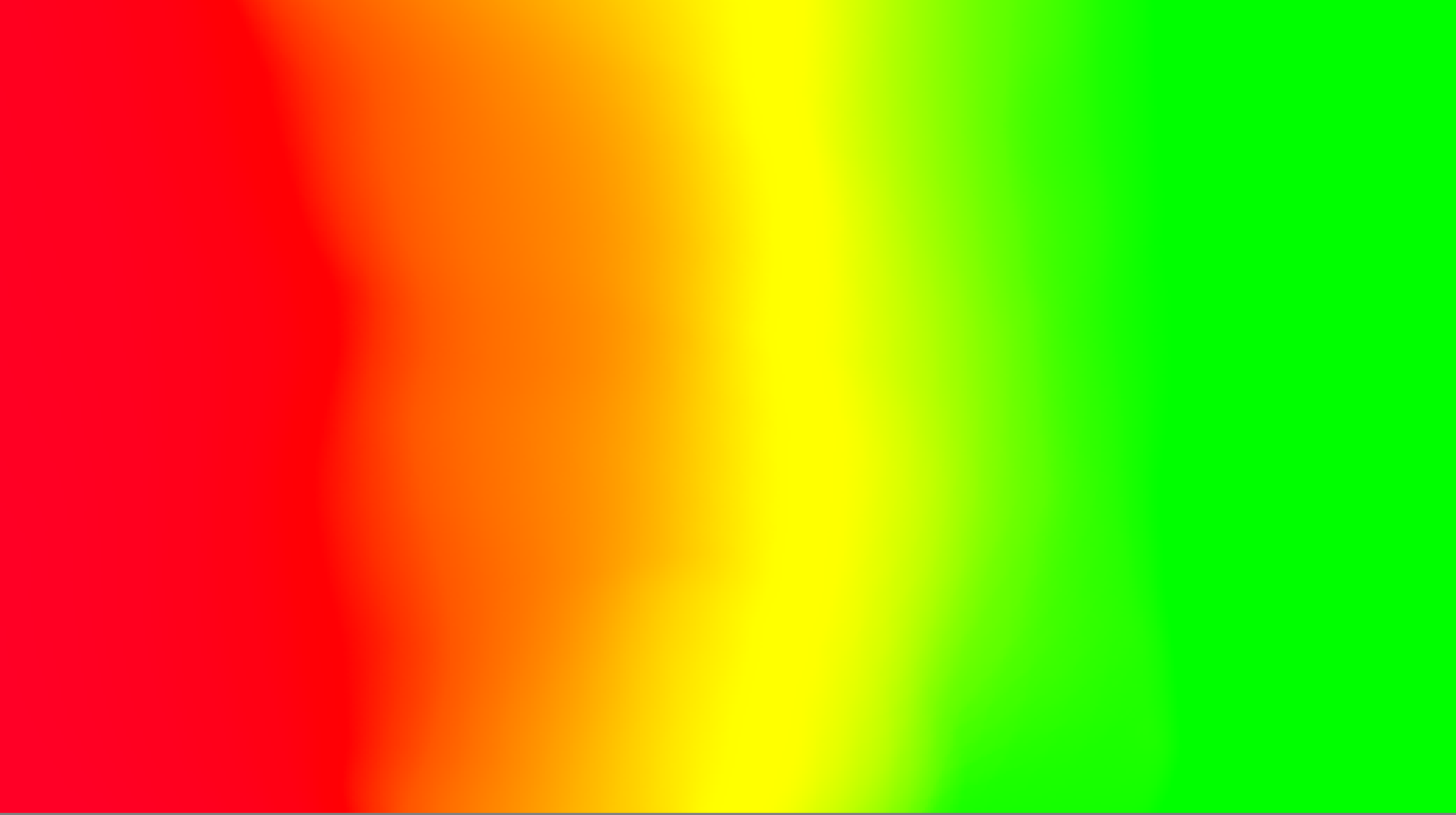 Until you get hitten by CIE XYZ weirdness:

So, I'm still open to new processes, as always I can gain something in artistic terms from it, I'm still examining working in CIE XYZ with limited color selectors. Or any suggestion given here.

And if there is some wrong perception of mine going somewhere I would appreciate a lot.

I do not fully understand your question.

But at the end, the posterization is not produced by "mixing". Is the result of "displaying".

If you have on one zone a value of r255g128b0 and an adjacent zone of r255g129b0 and it shows some posterization there is nothing you can do about it. You simply have the nearest possible values and no way to put a middle ground color. It does not matter how they mixed together.

The only way overcome this limitation, to my knowledge, is to "dither" the transition. This is, making a random pattern of pixels into the next zone.

Posterization is also a perceptual effect, not only a technical one. If you do not have distractors, like in a blue sky you could notice more than in a picture of a forest. So it depends on the area and the relationship in values.

This can depend on the quality of the display, the contrast, the brightness, the ambient light, or even the mood of the observer.

But yes, the RGB model is not linear in its components, it is logarithmic, and the values change depending on the channel.

Here are some RGB colors but arranged as HSB circles. 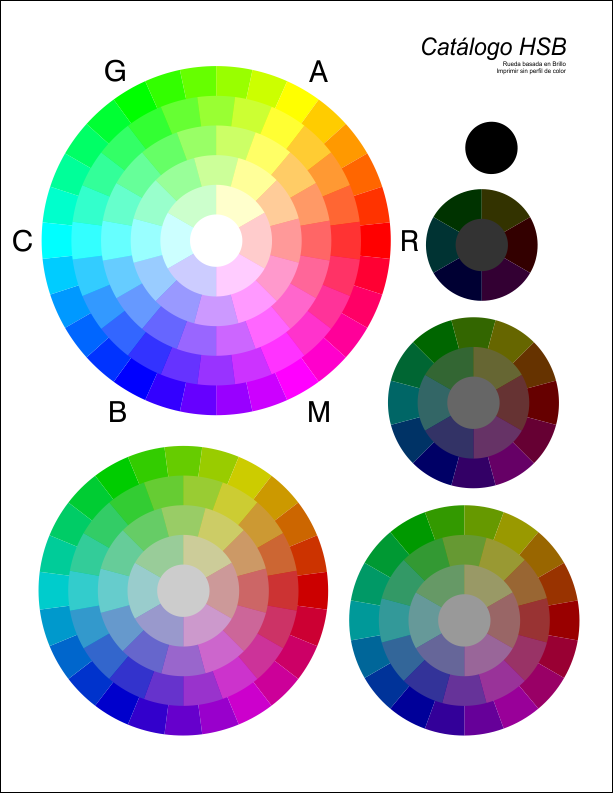 When converted to greyscale we can see obvious differences. The R+G produces yellow that obviously, it is more bright than blue. 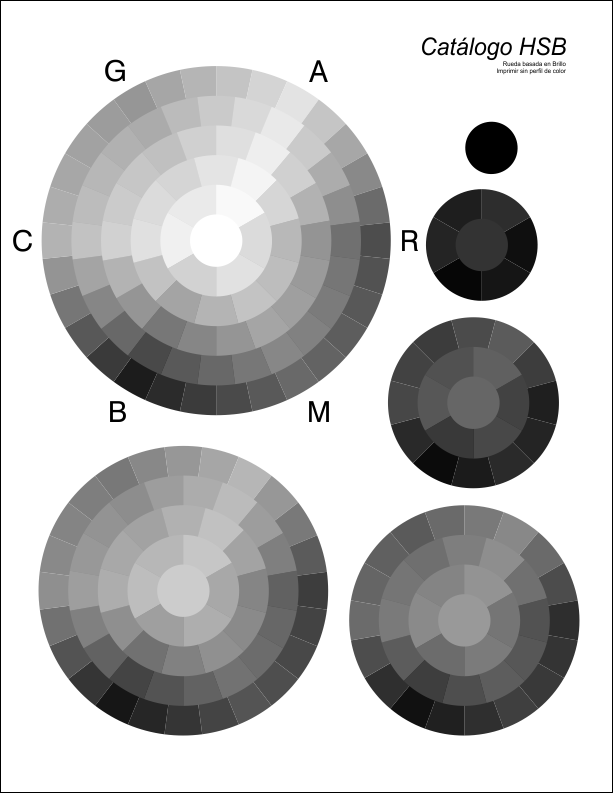 There is a color solid that tries to address this perceptual brightness. The Munsell color system https://en.wikipedia.org/wiki/Munsell_color_system

where, in theory, each level represents similar values. But probably the conversion needs to be made with a specific matrix of values.

I am not a programmer, but in my opinion, I would look for a curve to be adapted to each R+G+B channel separately, It could be applying different gamma values https://en.wikipedia.org/wiki/Gamma_correction to each channel for example, or looking for a different logarithmic curve.

Not the answer you're looking for? Browse other questions tagged color color-theory color-spaces painting color-management or ask your own question.

8
If these colors all have the same lightness, then why does my brain tell me some are lighter than others?
10
Color Theory: Is there a measurement of "colorfulness"?
1
16 bit float and 32 bit float doubts