How do I align multiple pattern brushes?

I'm not sure if I've found a bug or if I'm missing something so I figured I'd ask here first.

I'm using Illustrator CC on Windows. My goal is to create multiple pattern brushes that align on a path, allowing me to switch from one pattern to the next without the pattern shifting on the path. Not a shift along the path but offset from it. For example if multiple paths are horizontally drawn and aligned vertically then all of the patterns would line up vertically (none higher or lower than the others). 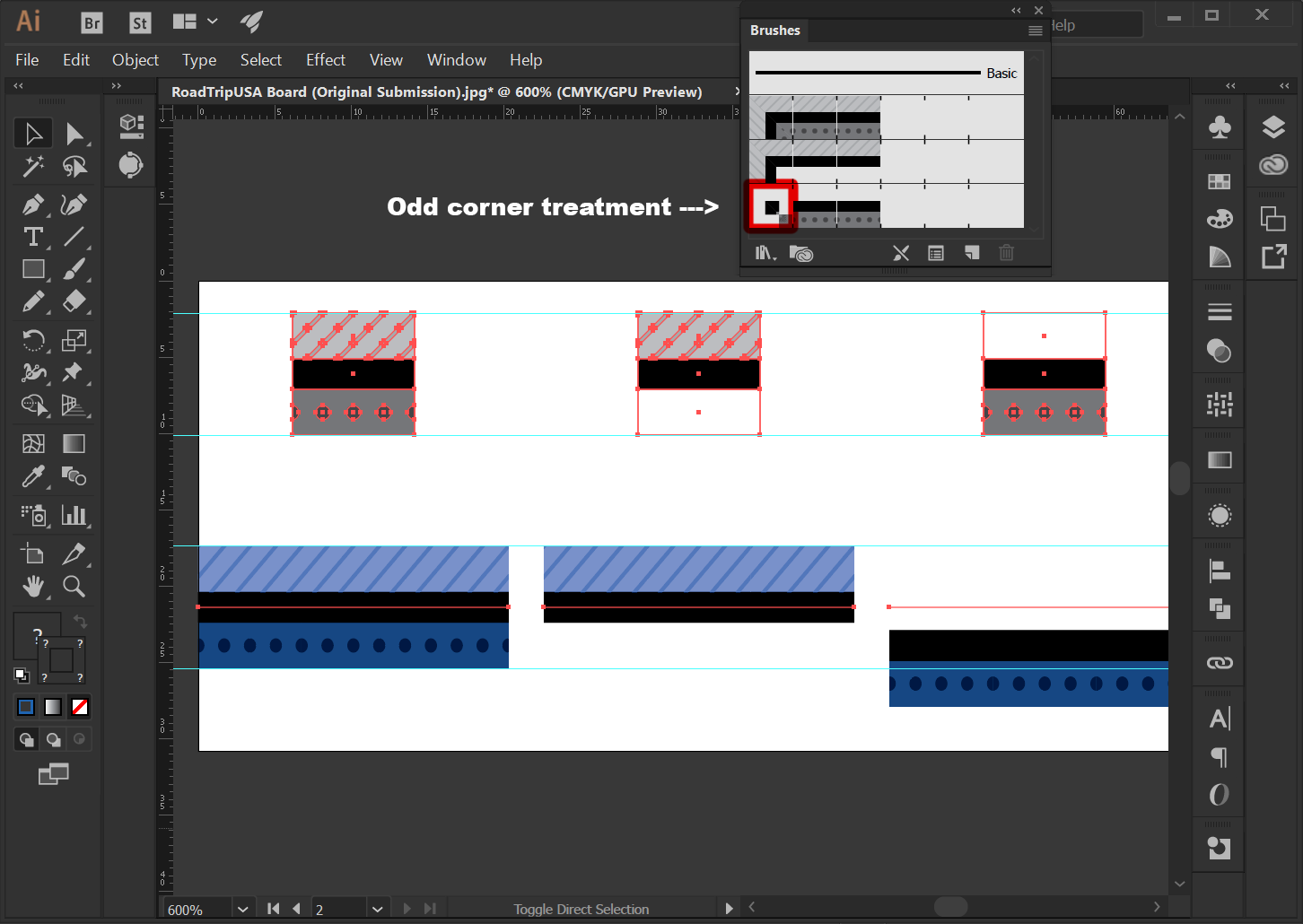 I've created each of my pattern brushes with the grey square elements in the image above. The resulting paths are the blue lines below. As can be seen, the third pattern is shifted much lower along the path and doesn't match up with the other two and I can't for the life of me figure out why. I'm using invisible boxes to try and ensure that the dark central stroke is centered along the path.

I've also noticed that the brushes panel for the third stroke has done something odd with the corner treatment. Maybe this has something to do with it? Any help would be greatly appreciated.

The issue came down to how the pattern was built.

The hollow box was created to fill the space above the third pattern when it should have instead been built to surround and contain all of the elements along with the empty space. Once built correctly, the pattern shifting problem was resolved.

Not the answer you're looking for? Browse other questions tagged adobe-illustrator patterns brush or ask your own question.

7
Filling object with pattern in inkscape
1
Photoshop tablet issue: Fade in Brush Presets doesn't stay selected
10
Transparent path/stroke fill in Illustrator
3
Illustrator changes stroke direction (bug?)
2
How do I combine paths to make a clipping mask in Illustrator?
1
Minus a stroked path
1
color fill segments of a path
0
Join multiple brush strokes into shape I can fill
3
How do I create a circle graphic pattern in Illustrator?