How to automatically create tally charts?

Is there a way to automatically create tally charts like the following from datavizcatalogue.com? I am in a Linux environment without any user interaction and no Adobe or Microsoft products. I would like to start a graphic software with a number (or a series of numbers) that would produce a small bitmap containing the tally-format number. The output should be jpg, png, etc. of similar resolution as in the example below.

I know that several (Windows/Linux) graphic software is capable of scripting/automatized output (Gimp, Inkscape, gnuplot, others?). Any Windows-based solution is also appreciated.

The important part for me is to have the tally marks created automatically, so that a number as input gives the same number in the tally mark numeral system as bitmap image.

Any hint is appreciated. 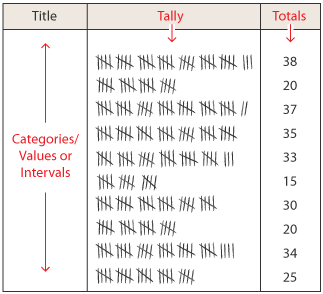 Ok you can simply use postscript for this heres aencapsulated postscript example:

You can use imagemagic or even ghostscript to convert that into a raster image. Or use the stuff directly for printing all form your command line. Ive rendered this with illustrator which also understands this. 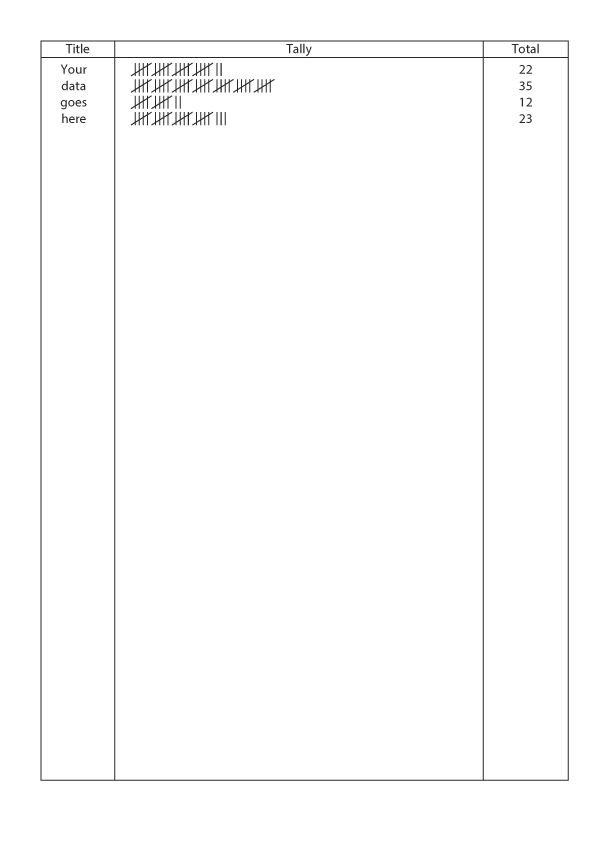 Not the answer you're looking for? Browse other questions tagged chart-design or ask your own question.

10
Charts that communicate completeness / 100%
23
How to create charts and tables with Inkscape?
5
1960s technical charts sans-serif all caps font
2
What is the best way to utilize graphs and charts in either Indesign or Illustrator?
2
After Effects expressions to sum numbers and control charts
0
What Charts Library is ICONOSQUARE using?
2
How do you create Arc/Rainbow Charts?
1
How to create complex graph/chart like these using illustrator?
0
InDesign: building charts in EPS or Javascript
1
PowerPoint .crtx files problem when creating styled charts