How do I make adjustment layers work without a background layer in photoshop cc?

As it is, I can't get my adjustment layer to apply to the layers I want because when I get them to clip for one layer, they stop working (they no longer change anything for any layer). If I hide the background layer, they stop working. This has been incredibly frustrating. I recently set my backgrounds layers as gray in my document presets for figuring out colours and I have a hunch that might have something to do with it.

It appears to have something to do with layer opacity. If opacity is too low the adjustment doesn't seem to alter anything. In other words, it seems if there isn't enough of a histogram to read, there's not enough histogram to apply an adjustment to. At least that's how it appears to me. 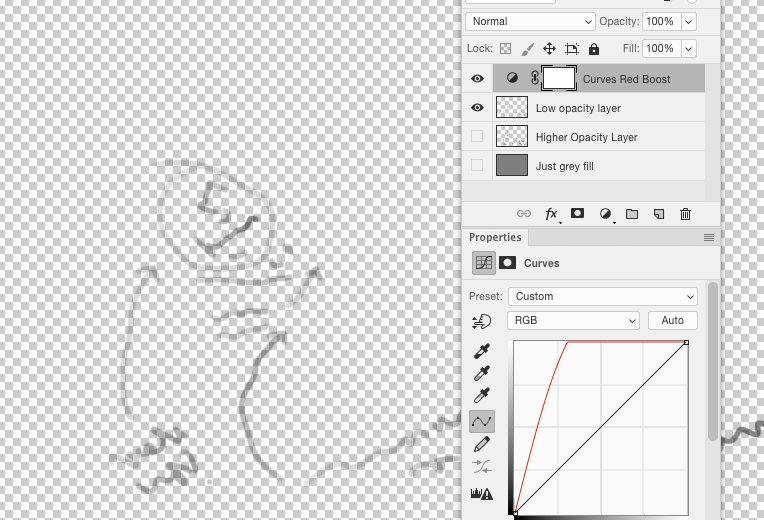 Same adjustment, higher opacity layer (all I did was toggle layer visibility): 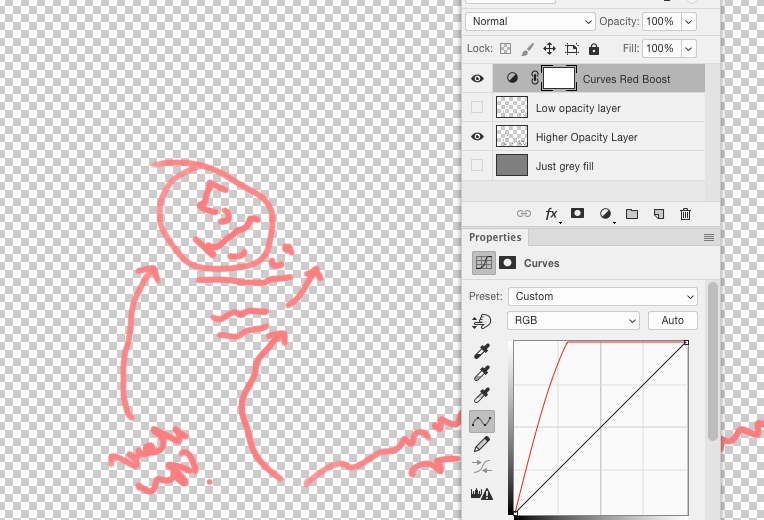 Side by side under the same adjustment layer: 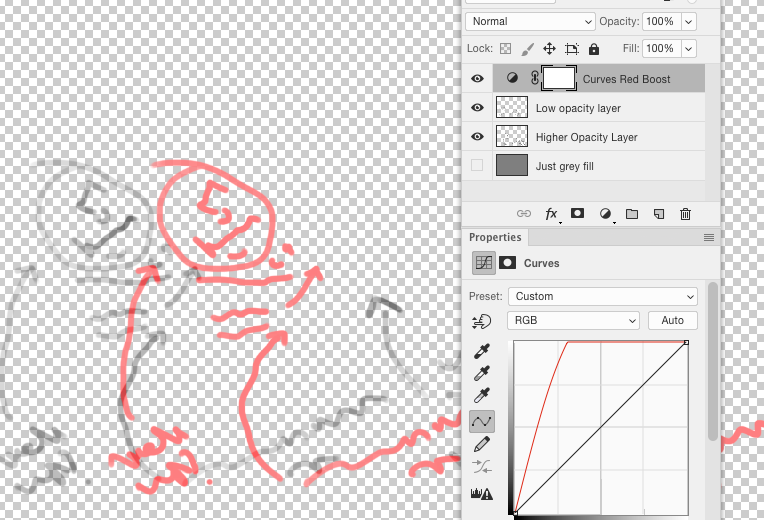 The only difference is I boosted how opaque one layer was (via copies and merging). 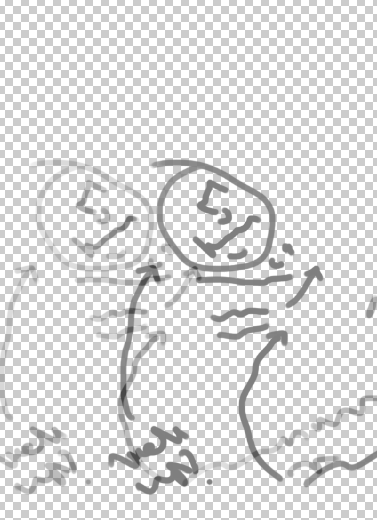 And clipping works as expected with the higher opacity layer: 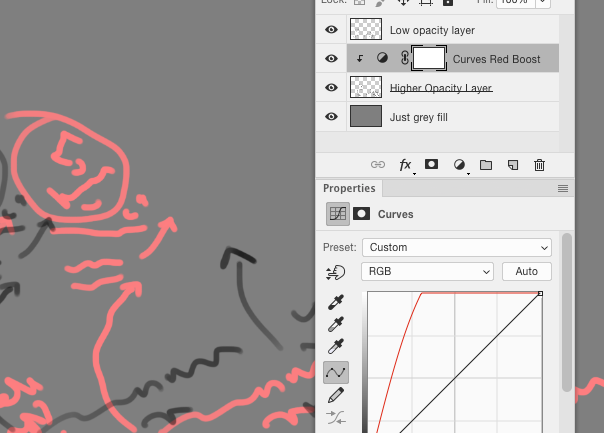 I, personally, would use a Color Overlay Layer Style rather than an adjustment layer here, but that's merely my preference - and I realize your posted images may not be the actual files you are working with. The Layer Style doesn't appear to suffer from this limitation at all.

1
Photoshop tablet issue: Fade in Brush Presets doesn't stay selected
1
Why can I not align these two elements?
9
Replace individual colors in multiple layers
3
How best to adjust the colour of different parts of an (all raster) image that are on the same layer?
2
In Photoshop, what is the quickest way to find a specific layer when there are many?
1
Transparent Pattern Background Overlay Issue?
5
Photoshop: why won't layer styles render correctly?
0
Change Artboard Background in Photoshop CC