My teacher said that, technically, an orphan have at least 3 characters or less at the end of a paragraph or column. But mostly on every site about design and type I always find that an orphan is just a word even if it have more than 3 characters.

Which is right? Technically in most conservative way, defined by some great designer in the history.

To make it clear. It's correct instead of having an orphan paragraph: 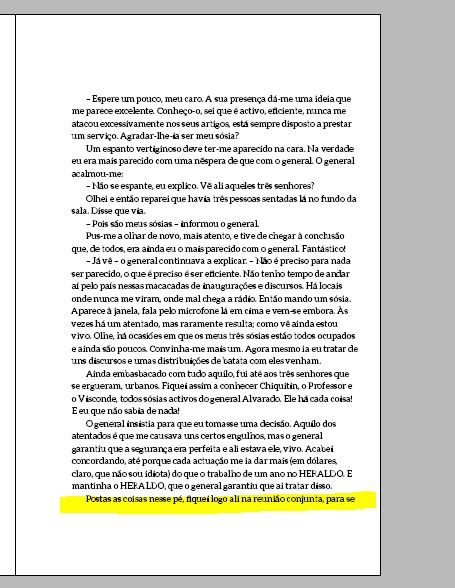 Making this to avoid? My teacher said that isn't technically an orphan word because it have more than 3 letters 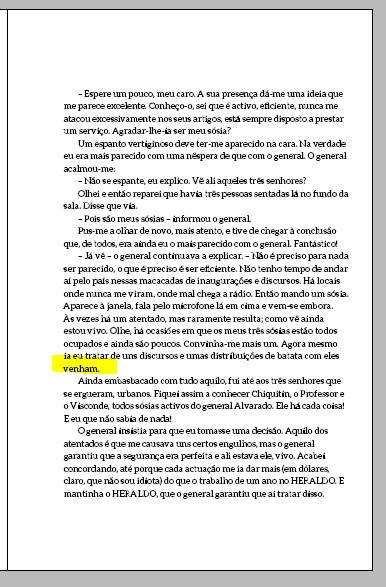 An orphan is a single word.

The only way to have "3 characters or less" of a single word is to break the word with a hyphen.

You shouldn't ever break a word via a hyphen leaving three end characters as an orphan. And a 3-letter word is a single word.

In my opinion, orphans and widows are not an "either or" choice. Both should be avoided when possible.

For better reader flow and paragraph aesthetics, any single word is best to be avoided. A nice, easy, and scalable method to avoid widows or orphans is to use a grep style. Set a character style to non-breaking and apply it in a paragraph style using .{15}$

This will apply a non-breaking space to the last 15 characters in a paragraph. You could change the 15 to a 3 if you really only wanted to attack 3 letter words.

(Using soft returns can cause issues if you edit text or resize text boxes).

Orphan and widows are related to next column or next page, not next paragraph. I guess your teacher is talking about how many characters you can leave as a new line at the end of a paragraph to correct the incorrect short lines. I think an end line with less than 15/20 characters could be avoided making a -3/5 % tracking which is a visually imperceptible text transformation.

Paragraph end line of text at the beginning of the next column or page.

Paragraph end line of text at the end of the previous column or page. 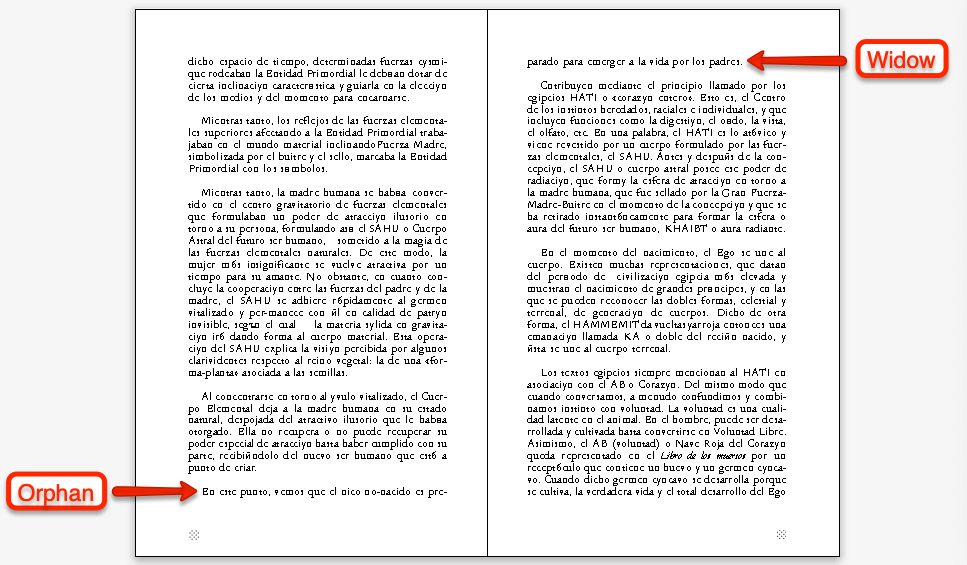 Not the answer you're looking for? Browse other questions tagged typesetting type-theory editorial-design or ask your own question.