How can I switch my Wacom tablet to operate left handed on Windows 10?

I finally upgraded computers and had to go with Windows this time around because it was a really good deal. I don't prefer one OS over the other as long as it gets the job done. I'm having a problem however with my tablet now on my new set up. It's running Windows 10 and I don't have a mapping menu to switch the orientation of my tablet around so I can work left handed. I've tried installing the previous drivers and the most recent drivers from Wacom but that hasn't helped. Anyone else have this problem?

In your settings go to the pen settings > Mapping. I'm taking this screen shot off my mac but it works the same in windows. Change the dropdown from 'Express Keys Left' to 'Express Keys Right' 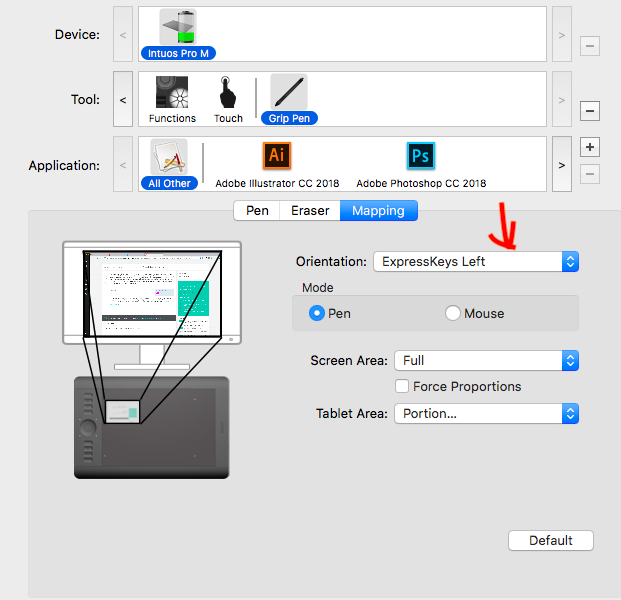 Not the answer you're looking for? Browse other questions tagged wacom or ask your own question.