Is it possible to use Delaunay triangulation to generate an image like the below from a raster or vector of an object (in this case, a human heart)? What software and techniques would be required to make something like this? My intention is to make and use something like this in Inkscape without having to draw all the nodes/lines/effects manually. 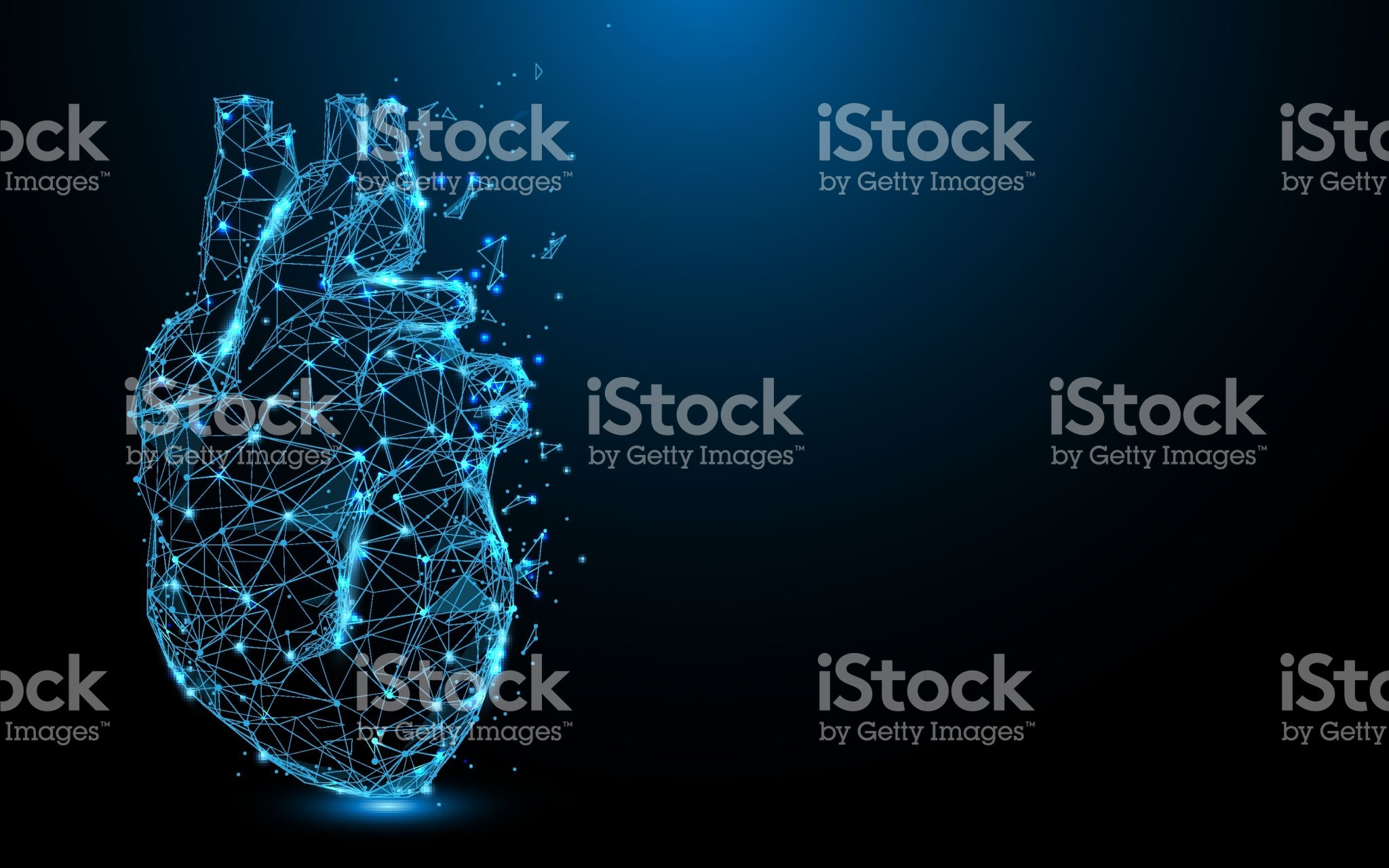 Your example is a 3D model. You see that there's no connection node in every crossing. Those surfaces which are not straight ahead your face, have apparently denser triangle network.

There's plenty of 3D software which present surfaces as triangles. Some of them allow 2D wireframe exports which have the projections of the triangles as vectors. Unfortunately I have not such software. In every piece I have, exporting a triangle mesh as 2D vector image is disabled.

Without going to 3D you can triangulate a shape. It can be done manually or by using some triangulation software. Delaunay triangulation is one known method to do it somehow optimally. That method is about 90 years old math rule and it's programmed into many pieces of graphics software.

If you have a raster image which uses shading to present 3D forms, you can vectorize (=trace bitmap) it to limited number of greyshades or colors. Then triangulate different areas to different density of triangles. This way you can simulate the shading with density like in your example.

Let's assume you have finally got some triangles. This is how you can add the nodes and the glow effect in Inkscape:

ADD: In Illustrator you can also break triangles to lines with "Outline" function in the Pathfinder panel. The result is different, you will need more manual work. Paths are cut in every crossing point. Single corners need the scissors tool. Positive side is that duplicating and blurring isn't needed. You can insert effect Stylize > Outer Glow. Arrowhead alignment needs a setting in the Strokes panel to prevent dot clusters where several lines meet at the same point.

ADD2 A simple example which starts in 3D is readable here What program is used to make a triangular mesh illustration?. The given receipe can produce this in few minutes: 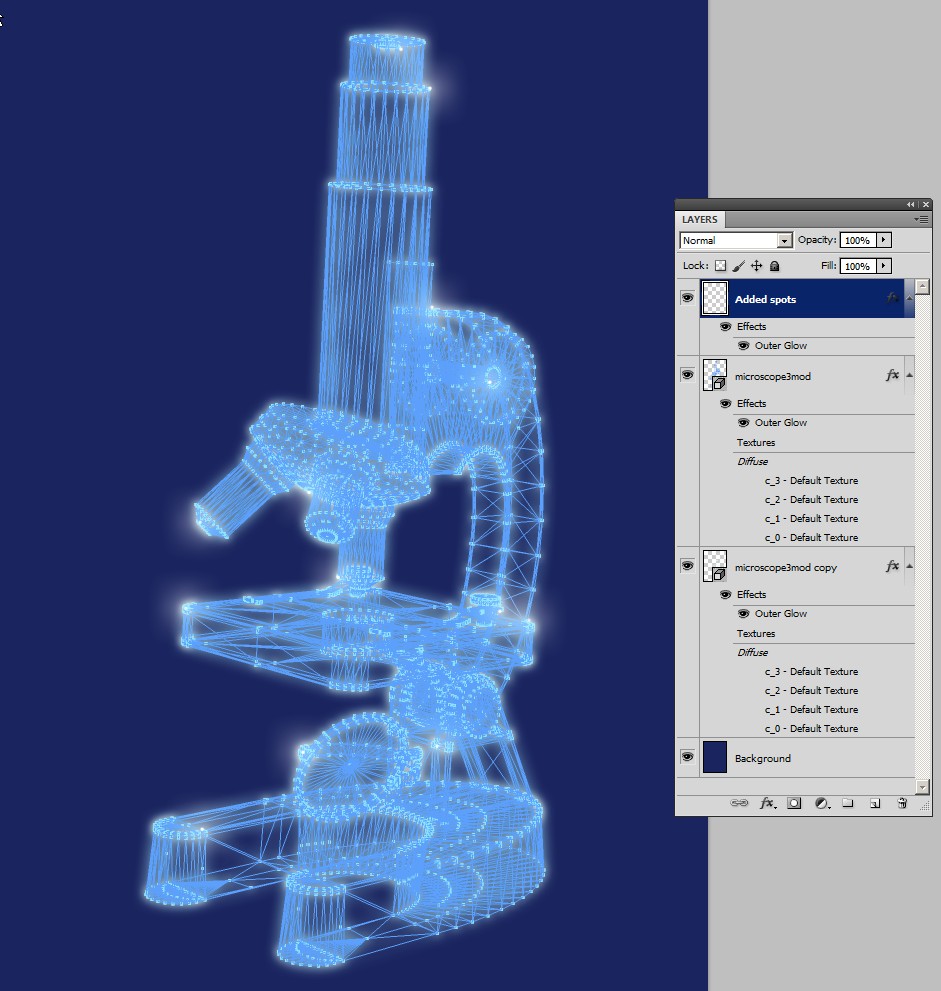 0
What program is used to make a triangular mesh illustration?
0
Dot and line design
2
Triangle Pattern Background in Freeware

4
Create and Edit parallel “bus” lines in Inkscape
16
Convert a line drawing from raster to vector **LINES**
1
Partially increase width of the curve
2
Vector and engraving help
2
Joining paths in Inkscape
1
Move circle and connecting points in Inkscape (manipulate graph plot)
0
Draw a circular distorted shape in illustrator
1
Is there a graph paper like drawing software?
0
How can I use clipping masks in libre software without side effects when creating a print-ready EPS file for fabric?