I'm new to working with inkscape and Corel Draw.

I will engrave the exported files using a CnC controlled machine.

The issue I am having: using Corel's contour tool, it's fine. It fills the vector shape with path lines for engraving etc, but it's also in an island type pattern, where as a side to side vector path infill pattern is far more effective and better for engraving.

Does anyone have a specific method for doing this, or software perhaps that they could lead me to? I have included 2 photos for examples of the 2 different styles of inside filling/path's. 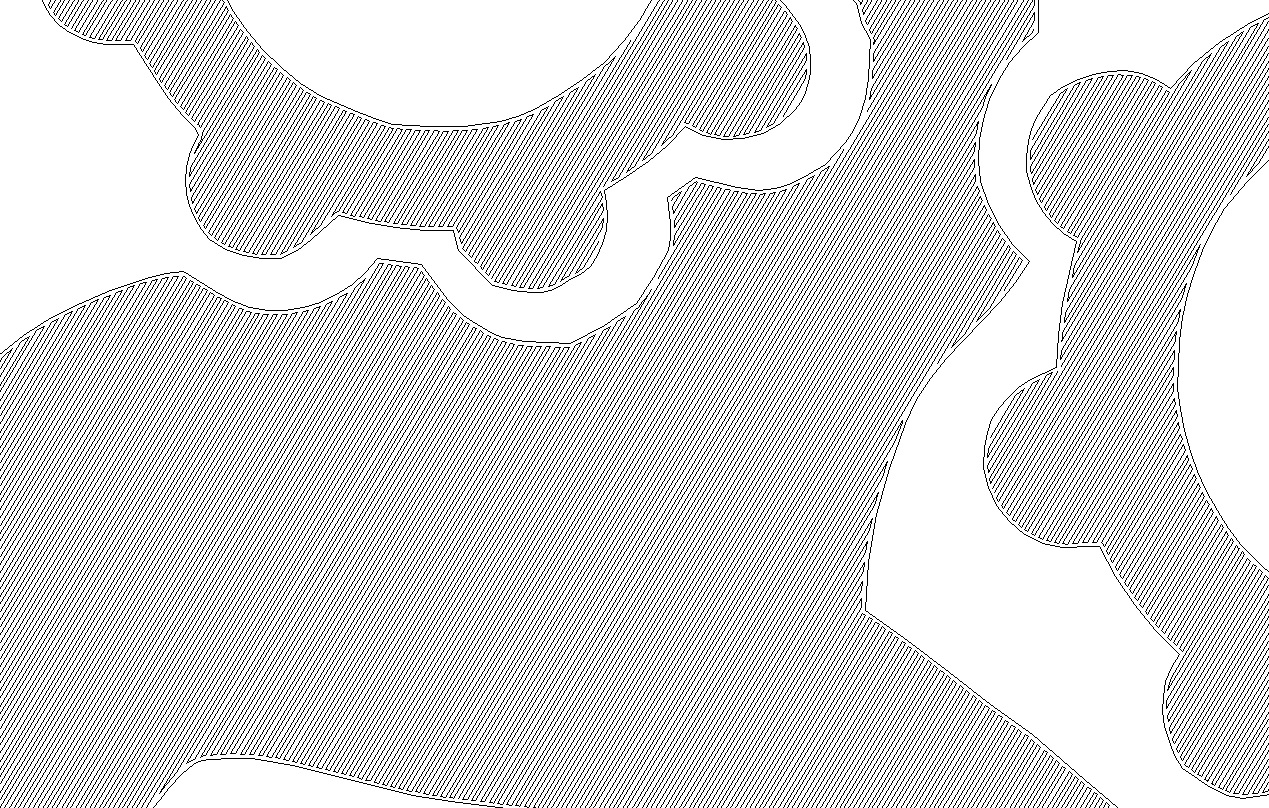 vector software-recommendation corel-draw
Share
Improve this question
edited May 10 '18 at 6:46

If you can consider an alternative method to accomplish your objective, take a look at the video a YouTuber created for engraving/milling a pokemon ball.

Part two is the link, part one shows the creator making the design in Inkscape.

In part two, he uses an online resource known as makercam to convert his drawing to a series of paths for his engraving device, a Maslow CNC Router, an interesting machine in its own right.

There is a bit of explanation for configuring the makercam to meet his requirements. If your engraver is a mechanical device and supports G-code, you will likely have good results. If it does not support G-code, it would be useful to know this. Many engraving devices, including laser cutters/engravers often provide software to cover the tool paths automatically.

You can find many tutorial videos covering makercam on the YouTube.

I think you might be adding an unnecessary step by attempting to create the tool paths manually.

One could also purchase a retail product, such as Vectric's Cut2D which will also import your shape files and create tool paths.

With respect to the final product, the parallel line method will create saw-tooth or scalloped edges rather than a smooth outline. This is why you'll find the "island" type of cutting sequence.

Not the answer you're looking for? Browse other questions tagged vector software-recommendation corel-draw or ask your own question.