Inkscape: using one object to cut away another while leaving both as "live editable"?

I am using inkscape 0.92, and I have multiple pairs of objects that I want to partially overlap sort of like the following:

The objects involved here are depicted as ABC and DEF. The objects may actually be either textual or graphical, but denoting them in this way makes it possible to easily and unambiguously refer to specific objects.

As is apparent, I have an outline on DEF, and want that outline to obscure ABC. In particular, however, I want the outline to still effectively be transparent in the result, and reveal portions of any objects which might be on the page but below ABC. Essentially, in this diagram, everything that is depicted as white in this picture should actually just be transparent, and reveal any objects below.

I know could simply achieve this look, if I already everything exactly in the right position and nothing else was ever going to change, is make a duplicate of DEF, add the outline to it, convert its stroke to path, and then use Path->Difference on ABC to cut that path out from ABC.

However, the problem I have with this solution is that it leaves neither the top or bottom objects in each pair as "live editable". While it properly obscures the object underneath, I need to able to do things like adjust the positions of either of the objects, or change their textual contents, or make tweaks to their boundaries when the object is simply a path, and have the outline of the upper objects still properly obscure the specific objects below.

If this were the entirety of the drawing, I would simply use a white outline on each object, but of course, this hides objects underneath "ABC" as well, and I want them to show through the otherwise "white" parts of this.

After I posted this question I noticed that the stroke of an object covers also a part of the fill area of the object. I must add the following new requirement:

DEF in the wanted construction is strokeless, the generated gap should't wipe off anything from DEF.

That unfortunately reduces the usability of the first three answers. Sorry for poor question and hopefully someone can also solve this edited case.

That's possible. You can use masking ie. white parts of the mask make the masked object visible and black makes it invisible. Topmost text (your DEF) isn't editable in_place, you must edit its prototype, but the copy follows automatically.

here are the ingredients:

NOTE: I have a locked grey background to make white parts visible. 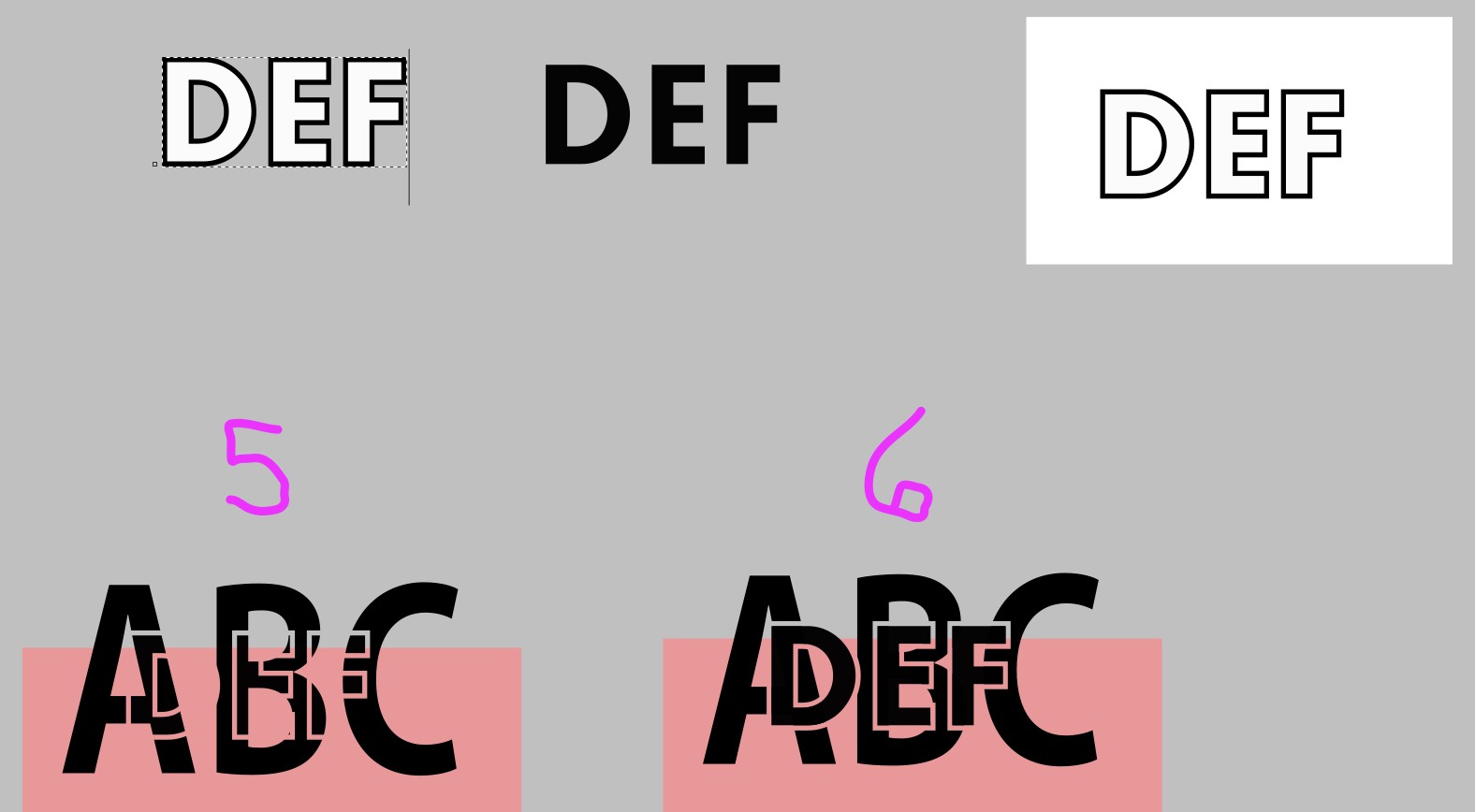 Final test 2: We edit ABC to VBH without releasing the mask: 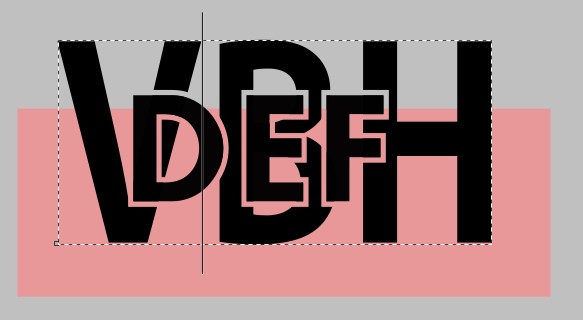 Useful to keep in mind: You can easily select any object, even inside a group, in the objects panel. There you can also freely change their layering order by dragging objects upper or lower.

There are some great answers here already, but here's another simple method. Although it won't work with all colours, it works well with black filled and white stroked text.

Here I have a group made of two text objects filled black, and one also stroked white. Open the Objects panel, and set the group blend mode to "Multiply"

The text is live, and editable. The group can be moved. Also you can select the text in the group, edit it, or move each text object as required.

If you plan to export to PNG or to use the image on the web, where the users' browsers support filters, you could, for example, use the 'Light Eraser' filter (others may work, too, didn't test extensively).

In the screenshot, the blue objects are grouped, and have the filter applied to the group. 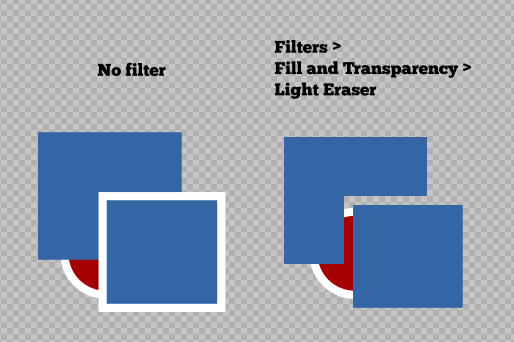