How to make stereogram using Photoshop or any other Adobe software?

I searched a lot for some tutorials about this, but came empty at the end. There is some info how to do it, but that doesn't work after doing those steps. There are some stereogram builders, but I need an option to make them by myself. Is there a way how to do it in Photoshop or any other Adobe software?

There's already a comment from user @Vinny, which refers to a quite comprehensive article. That article can look out frighteningly complex.

For a soft start simply draw something like this (= a cross-eye stereogram with planar shapes): 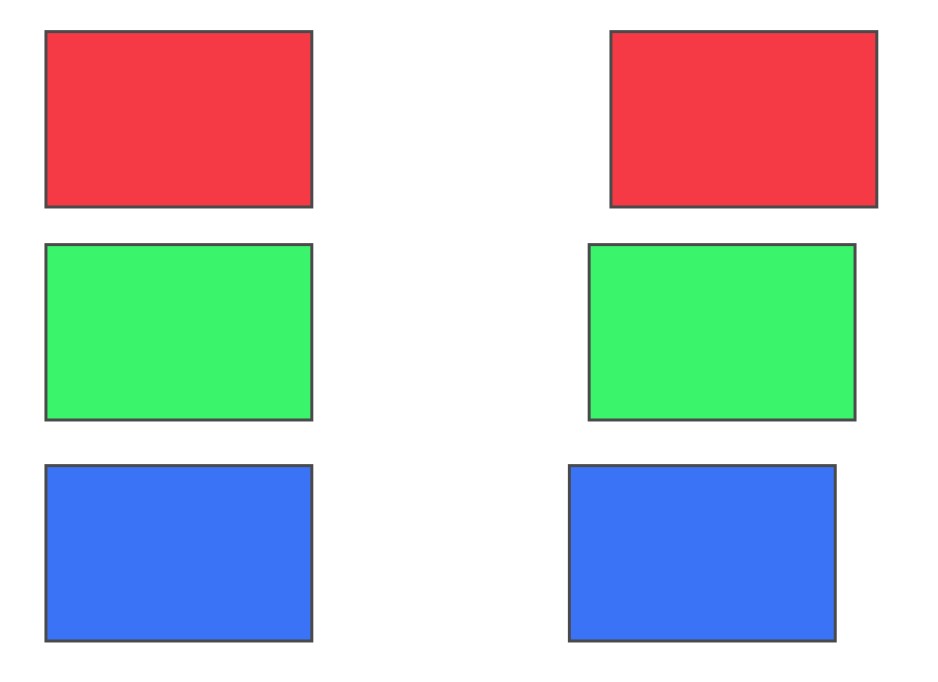 Use Illustrator or other vector drawing software for easy edits.

The effect maybe is a little easier to see, if you group the different colors and align them to the same vertical centerline: 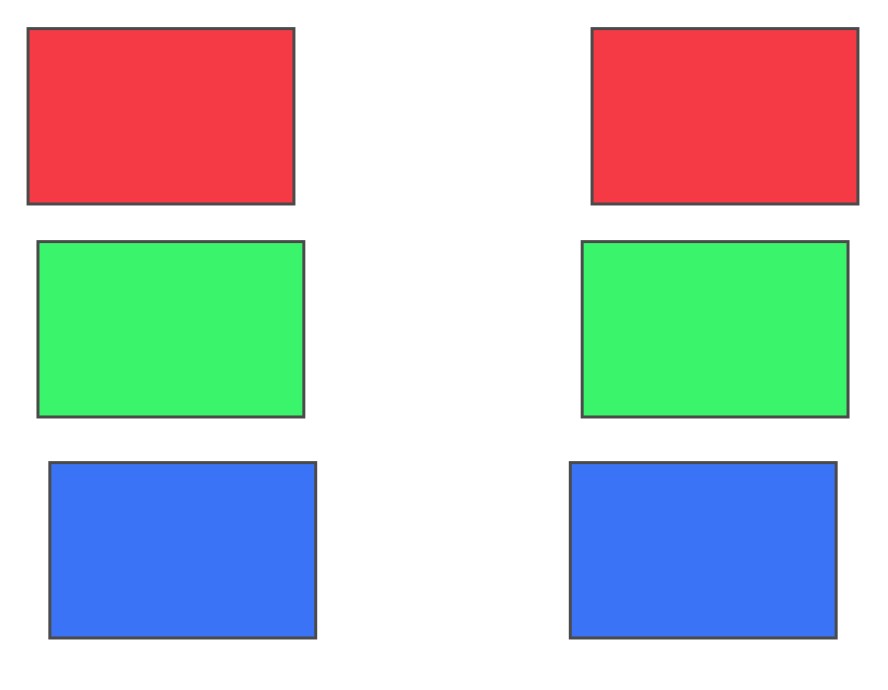 Learn to watch it properly. The easiest way is to lean your head back and watch along your nose. Then suddenly your head catches the idea and you can watch it more normally. If you cannot get sharp focusing at distance short enough, zoom out, drag the parts horizontally further away from each other or use about +1...+2 diopter eyeglasses.

You should see three red, three green and three blue rectangles In the middle column the apparent distances should be very clear. Blue should be the most distant. If you happen to watch it without crossing eyes and still can see the illusion of depth, the red seems to be the most distant.

If the ghosts at the edges feel too disturbing, you can cover them with your hands as you train to see the effect. Covering the ghosts make the rest of the screen easily readable and the the illusion of depth doesn't fade as easily.

As you watch, move one of the rectangles horizontally a little and see how it walks further or closer. See also, how the apparent size changes because the sight tries to take the distance in to the account when estimating the size.

Here's another, a little trickier: 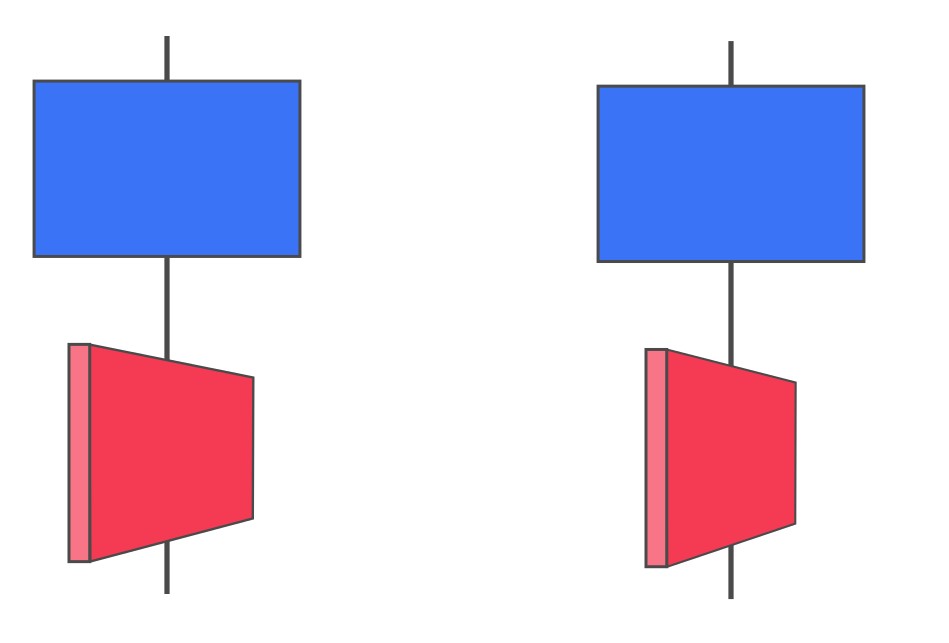 Draw it and try to adjust the rotation angle as you watch it.

NOTE: To create an illusion where objects have some depth, The images should be perspective images as seen by the eyes.

The next is an attempt to construct a stereogram of a cylinder manually. A simple wireframe is drawn in 2D.

The result until this: 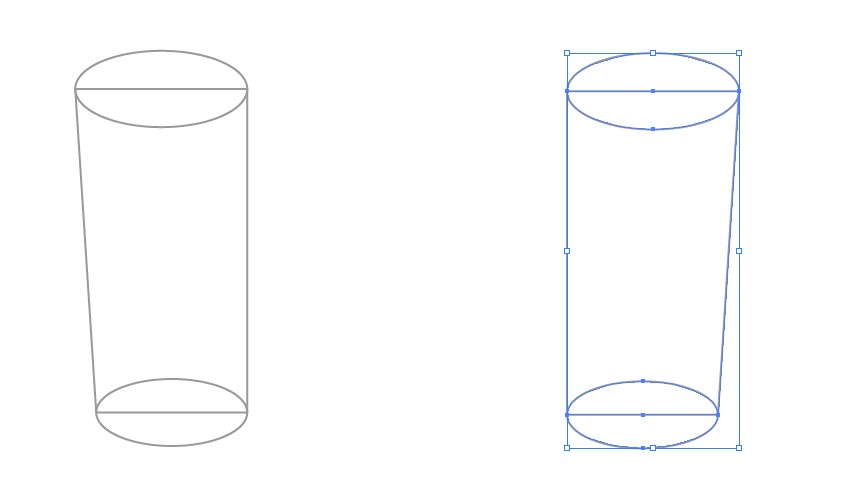 For me it converges well, no matter there's a bounding box still visible in the reflected copy (This fact will be used later).

We unite the bottom ellipses with the rectangles, raise the upper ellipses to front and fill the shapes with gradients: 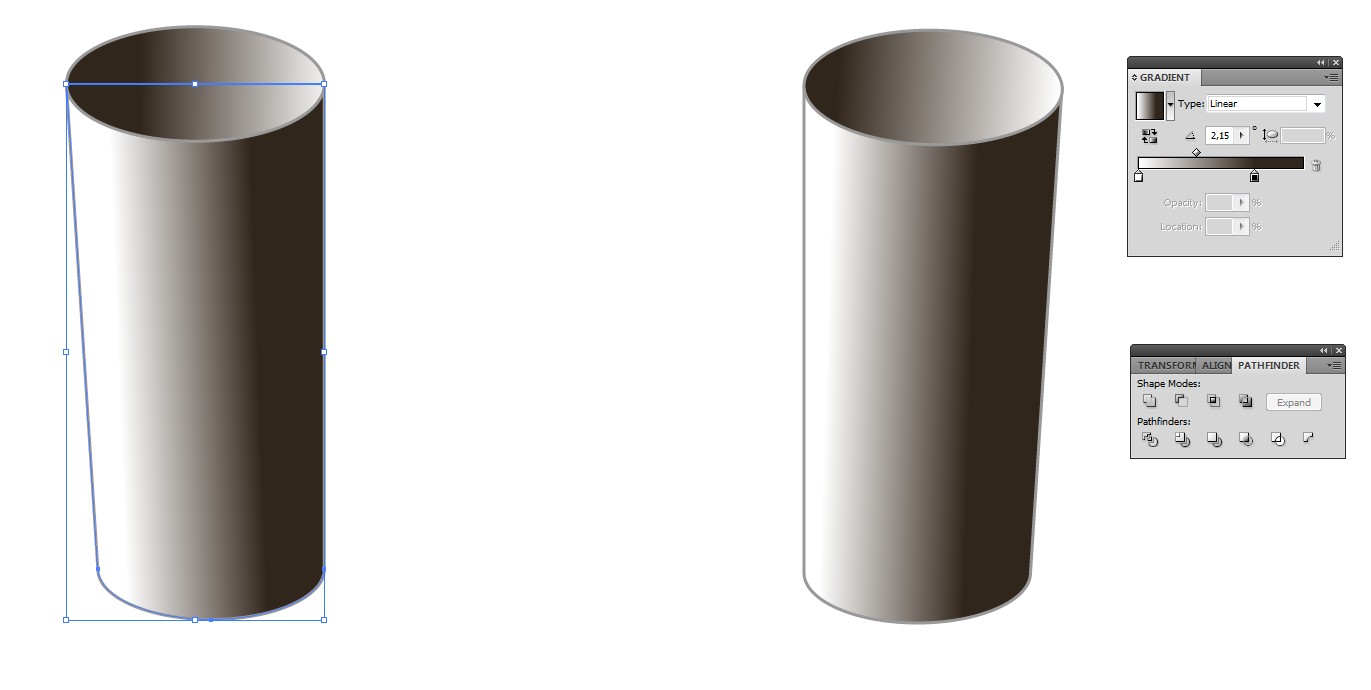 The gradients are not especially critical. The convergence is acceptable altough not excellent, when the ellipses have horizontal gradients and the direction of the cylinder surface gradient is perpendicular with the left edge. It's easy to make live adjustments as you watch.

If Illustrator's 3D effect can produce your shape, you can group 2 copies of your 2D shape and extrude them as a group. If perspective is ON in the extrusion dialog, you get different extrusions and that is needed to make the effect strong. Also the light is consistent => The stereo image converges well. An example:

If you use revolution, you can get well converging light and perspective most easily by placing two 2D shapes at the same vertical axle and revolving them as a group. Remember to set perspective on in the revolution dialog. Unfortunately the revolved shapes must be tumbled, but otherwise the result is excellent: 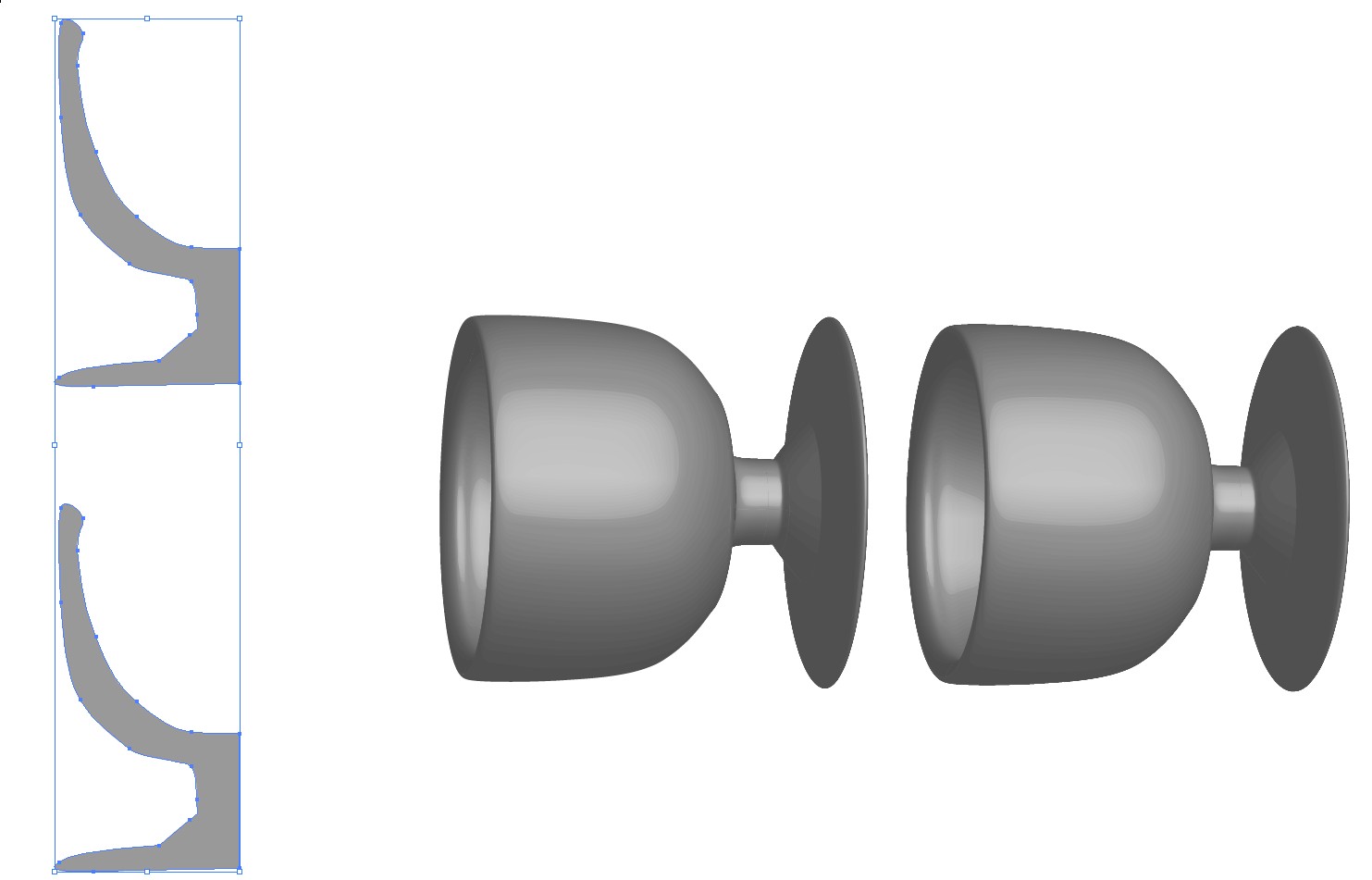 Complex 3D forms are difficult to make to converge well manually and 3D in Illustrator is limited to extrusions and revolutions (also known as "Lathe"). I recommend to use 3D software for complex forms. The next is from a freeware CAD. A copy of a random model was made and moved a little sideways. The perspective rotated automatically for excellent convergence:

NOTE: 3D in Photoshop CC probably is good enough except it hasn't good tools for drawing your own 3D models. You must import the 3D models, use presets or make extrusions.

Photoshop has "Depth map" for arbitary extrusions, but in my legacy Photoshop it makes inferior results. See an example:

Probably in Photoshop CC it works better, but I haven't one. Presets, imported models and text extrusions work better.

NOTE: Duplicating a 3D layer and moving it horizontally generates in Photoshop or Illustrator a well converging stereogram, but it hasn't any depth if viewing direction is the same for left and right parts. They should have a few degree difference. That comes automatically if you extrude, rotate or depth map (Photoshop) two flat shapes at the same time.

Adjusting the viewing direction difference is possible also by making one shape with 3D effect, duplicating it, reopening its 3D effect dialog in the appearance panel and adjusting the angle manually. Have perspective ON to get good images.

Unfortunately the light loses it's consistency and reduces the convergence. That isn't a problem, if no shading is used:

NOTE: The bounding box doesn't obscure the 3D illusion. That fact will be used later.

The last case is "Sunken into noise, clear if seen as stereo"

We saw in Illustrator examples that a bounding box didn't spoil the 3D effect. The sight finds what's same for both eyes and rejects the differences. That's the basis of the ability to recognize the image which is sunken into noise.

The starting point is to cut a text or other easily recognizable shape from a random texture:

Make an identical copy for another eye and place the copies to the same horizontal line and convenient distance. Test, can you see it as one! It should be easy. Otherwise your pattern isn't good.

Add a background of the same texture. Keep it at first faint with the opacity slider to practice the watching:

Finally lift the background to full contrast. Your head works very intesively to find the letters. When it succeeds, the effect is stunning:

The grain is made as follows:

The link https://forums.getpaint.net/topic/14336-stereogram-autostereogram-tutorial/ in user @Vinny's comment actually starts from where I stopped and goes further.

1
How do I get such a stereogram?

0
Is it possible to do this Illustrator tutorial in Photoshop?
2
How can I write in other languages in Photoshop?
1
How to connect a curved line shape to other shapes using the Pen Tool
2
Full workflow history in Illustrator
27
How do I change the colour of a shape in Photoshop after I've drawn it
0
How can I select and delete parts of a single 3d layer in Adobe Photoshop CC 2015?
2
How can you create an animated GIF from a GIF sequence?