How would I smooth a gradient?

I'm trying to create a small poster of a 2D animation character — irrelevant for this matter — which doesn't exist in a bigger image for manipulation available anywhere, so I captured a frame of said animation at 720p but when I opened the PNG with Photoshop I noticed the sky behind the character had a not-so-good gradient: 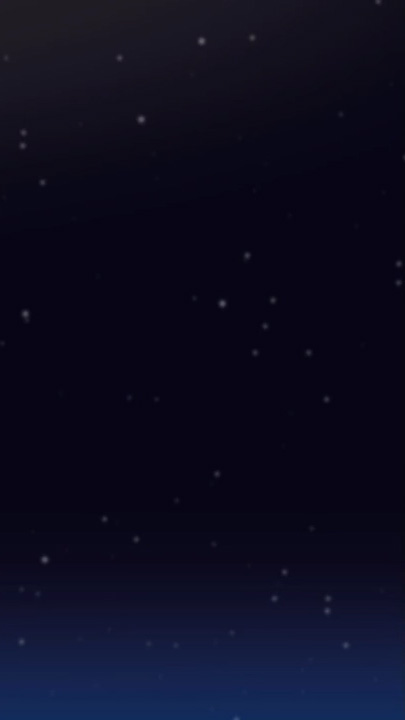 Opening the image helps to see the problem

I don't know the proper terms, but it's very noticeable that in the first 1/3 there is something like a curved gradient and around 3/3 another one more straight and, in both cases, the colours aren't mixing very well. And when applying the Levels and Curves I usually do for some basic enhancement these... banding becomes really evident and ugly.

The first attempt to solve or at least improve was with a Spatter (Filter Gallery > Brush Strokes) with a Darken Blending Mode:

While the transitions after the first 1/3 and before the 3/3 became smoother, not only I had a "spray effect" but I also lost the small dots representing the stars.

Unable to bring decent results from my searches, I deleted the main character in a duplicated layer and added a Gradient Overlay:

Because I didn't know where the stop points were, in my ignorance I computed the rule of three of all points — to get the approximate X% required by the overlay settings — whenever I could notice a significant difference of colours.

The result was better than the original screencap, but not quite yet. And I still lost the stars.

And I would like to know if, maybe, there's a better way I don't know to smooth this gradient (first picture), especially in a "fail-safe" way when applying Levels (Mid-tones Darker) and/or Curves (Linear Contrast) as these are like my "go-to" settings for this set of pictures.

I felt the need to update the question with the current progress as I couldn't follow any of the suggestions in here so far in their totality.

Well, although blurring the problems was a possibility, the results weren't too good and it became even worse with the basic enhancements, so I indeed had to recreate the sky as much as possible. If you care to take a look, I've hosted a sample on Dropbox.

I simplified the process with fewer colour stops of a Gradient Overlay instead of directly with the Gradient Tool because, for some reason, the Layer Style resulted in better quality. I even managed to fake some stars and the curved lighting on top (although the latter didn't blend that nicely).

But if you notice, I've included copies of my usual "go-to" adjustment layers, specifically the Levels set for "Midtones Darker" and the Curves set for "Linear Contrast". Along with Brightness/Contrast and Hue/Saturation, this gang worked like a charm 90% of the times so far, but this time just by enabling them and all the relative success went down the drain. :(

What should/could I do to enhance this background a little bit, perhaps darkening it, in a way it doesn't destroy the gradient and/or to end up out of balance with the main character that has been treated only with layers like those added to this sample?

For quality control I suggest you draw the gradient new. If that's not an option then please disregard.

If you are looking to create the gradient new, the topic is well covered in this SE. I recommend you read through the material for technical explanations and instructions for smooth color blending.

The gist is that the banding is caused by color type mismatch, improper stop settings and resolution/display issues.

Define a large area to make your gradient, at least 1200 pixels tall, bigger is better.

Start with a single blue color value from your color space and build the gradient using tints and shades of that value.

The transition will be smoother and more natural looking.

Try a blend from your tint to your shade using rectangles (or circles for curved gradient).

The "classic" way to mask gradient banding is to add a little noise to the gradient layer:

An amount of "2" with Gaussian distribution and with "monochromatic" checked, will likely do the trick.

This may not work for your specific purpose, but is certainly worth trying.

It definitely does work for high resolution print, where the noise "disappears" when printed.

You could blur out the lines manually using a soft edged brush, with the Smudge Tool. Make sure to set the Spacing in the Brush preset to something like 45%. At least that way, it would avoid blurring out the stars. Obviously you'll still need to go around the stars. It's also a little laborious.

I don't know how well you can see the difference here, as it's an animated GIF, and they aren't exactly great for displaying gradients.

If you build your whole work on a 16bit image, the gradien will be much smoother. But don't just convert the existing image. Start a new one.

2
Colour of gradient overlay changes when saving for web and devices in Photoshop CS4
1
How would I perform SnapSeed's "ambience" filter using Photoshop?
1
How to create the letter 'A' without the central bar and apply a gradient overlay in Photoshop
5
Easy way to create repeating custom radial gradient?
1
Transforming 3rd-party discrete gradient mesh to AI's smooth gradient-mesh
0
How do I align a gradient to a line?
2
Create grid gradient background
3
How to make a linear gradient along curve?
1
Photoshop CS5: Gradient + Mixer Brush tool