I designed a logo for a university institute, which shall consist of the institute’s name on one side and the logo proper on the other. Both possible horizontal orders have their advantages and disadvantages, and thus I am considering to deliver two versions of the logo, one for each order. Whoever applies the logo can then choose whatever orientation fits best into the context. I will probably provide some simple guidelines for this purpose.

For example, the two variants could look like this:

Mind that this is only an example.

Am I missing some inherent disadvantage of supplying two alignments of the logo?

So far, I considered (and rejected):

logo client-relations
Share
Improve this question
asked May 27 '18 at 19:23

By providing multiple alignment variations, you'll often find one version goes unused for the most part and the other is overused (or merely preferred). This makes the unused option appear incorrect when it's seen. Therefore it should be avoided, or merely never supplied.

I, personally, would not provide multiple alignment options.

By example, I can find no major brand which uses multiple alignments (left/right) frequently. You'll find vertical and horizontal options, but rarely, if ever, left/right options. They present too much inconsistency without a viable cause.

Kind of what Scott is saying. This would leave too many options where there shouldn't be an option. Just because the name is too long to find that perfect balance doesn't mean you should let others decide what works and what doesn't.

The MIT logo appears to be available in a number of alternative designs, possibly for similar reasons, but this is unusual and bigger brands will generally avoid confusion.

I would just keep the one version that makes the most sense. I would also not flow the text around the symbol like you did, since a logo is not an anchored image. Meaning, normally i would pick the one on the left but making the name left-aligned instead of right-aligned and remove this text flow arrangement which may have landed you into this multiple option situation. 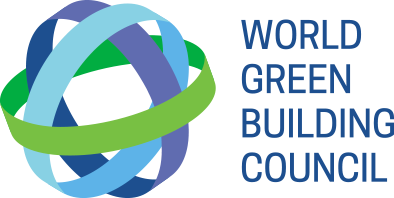 I separate the answer in three parts.

From a professional point of view, I would avoid offering graphic selection options to a client, as long as they are not firmly justified, reasoned and described in a guideline. My practical reasoning is that a client pays to get solutions to a problem.

...choose whatever orientation fits best into the context...

It looks you are transferring to the client the doubt you raise in this question. If I were the client at every moment I had to choose between one option and another I would have the feeling of making part of the work that designer hasn't done.

I know that this is not part of the question, I show it only as an add. There's a visual decompensation in the gaps. The pictogram bottom is too close to the text. Perceptively anchors the image to the typographic base. I'm not sure centering the pictogram to the text block is the best option in this case. In the image, the pink is as it is now and the cyan triangles are balanced after moving up the image a little.

A solution attempt is to balance the resultant gaps of the parallel virtual line that follows the alignment of the text and the right ellipse.

The result set free the image of the typographic block.

My personal choice would be to release it even more. Knowing that there is a deliberate and effective formal contrast, creating a dependency on the image with the text invalidate it.

From the conceptual point of view, when seeing the logo for the first time and before reading the question, at the first instance it is evident the pair of reflected ellipses that lead to interpret a winged insect. Immediately afterwards, two large sharp needles appear.

If the sequence is needles + wings, the association is inevitable.

If the sequence is wings + text, the result of the previous image is not so immediate. If this association is not done deliberately, I would try to:

Not the answer you're looking for? Browse other questions tagged logo client-relations or ask your own question.

40
If a logo implies movement, should that movement be mirrored to match the movement of a vehicle it's placed on?
22
Logo Pack - What should I include?
6
How many logo variation is too many?

13
Is there any service where you can check your designed logo against trademarked logos?
21
How to explain to a client that their logo is incredibly poor
1
Client communication problem re Logo and Branding
7
How can I make the logo light up against a blurred background?
2
Recreate existing logo in different format
13
Reasons against using a photograph within a logo
3
Does client get to keep unused logo designs
12
Should you offer multiple logo design options to the client or just one final design?