How to remove "wrinkles" on font?

I'm really new to graphic design, and I need some help with this font.

I like the way it behaves with my logo, and I want to use it. But there is a problem, I didn't like the way around the letters, it's all wrinkled, the outside of it (as you can see the example).

I want to remove them (smoothen the edges out)

The font is "Bradley Hand ITC" I'm using Adobe Illustrator and Photoshop. I'm really new to font-editing and typography. I started like 2 weeks ago with some videos.

Finding a new font (there are hundreds of free script font) is already suggested. I would check it, too. See for ex. https://www.dafont.com

Beware: The creators can want money if you create a business logo. Read licenses before use. That exercice will pay itself back with 1000% interest.

How to make your current selection smooth: You can 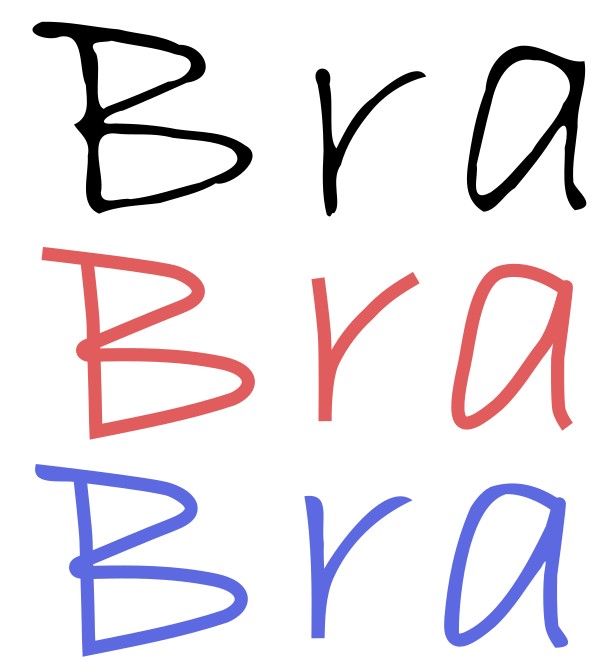 The black version is automatically simplified. You may not like it because automatic simplifying removes nodes with no deeper idea. Manual simplifying is a tedious job, as well you can draw it.

Red is a fast draw (half minute or less /letter) with the pen tool, all letters are single curves

Blue is a little more complex. Actually the red stoke was outlined and a few nodes were removed.

The following is a try with the freehand pencil tool with heavy smoothing ON. That tool is very fast, but the result is less accurate than with the pen. It can still be usable and finally the result is an editable curve like the others.

If you are a beginner, you probably struggle a while before you learn how to keep the control with drawing and node editing tools. With the pen it's far too easy to insert too much nodes - especially, when you trace an existing shape. The less nodes, the easier it is to stay in control and keep exessive twists out.

Add due the comments:

Illustrator offers both easy and hard ways to edit your text smoother.

Goto Object > Path > Simplify, set Preview on and try different slider combinations. If you are lucky, there exists a good combination which needs only minimal manual node tweaks.

Rasterize your image and use Live Trace to make a simplified version, Expand, Ungroup and tweak with Direct selection tool and Anchor point removal tool.

See an example of tracing settings. Every setting is essential. Select the image and goto Object > Live Trace > Tracing options: 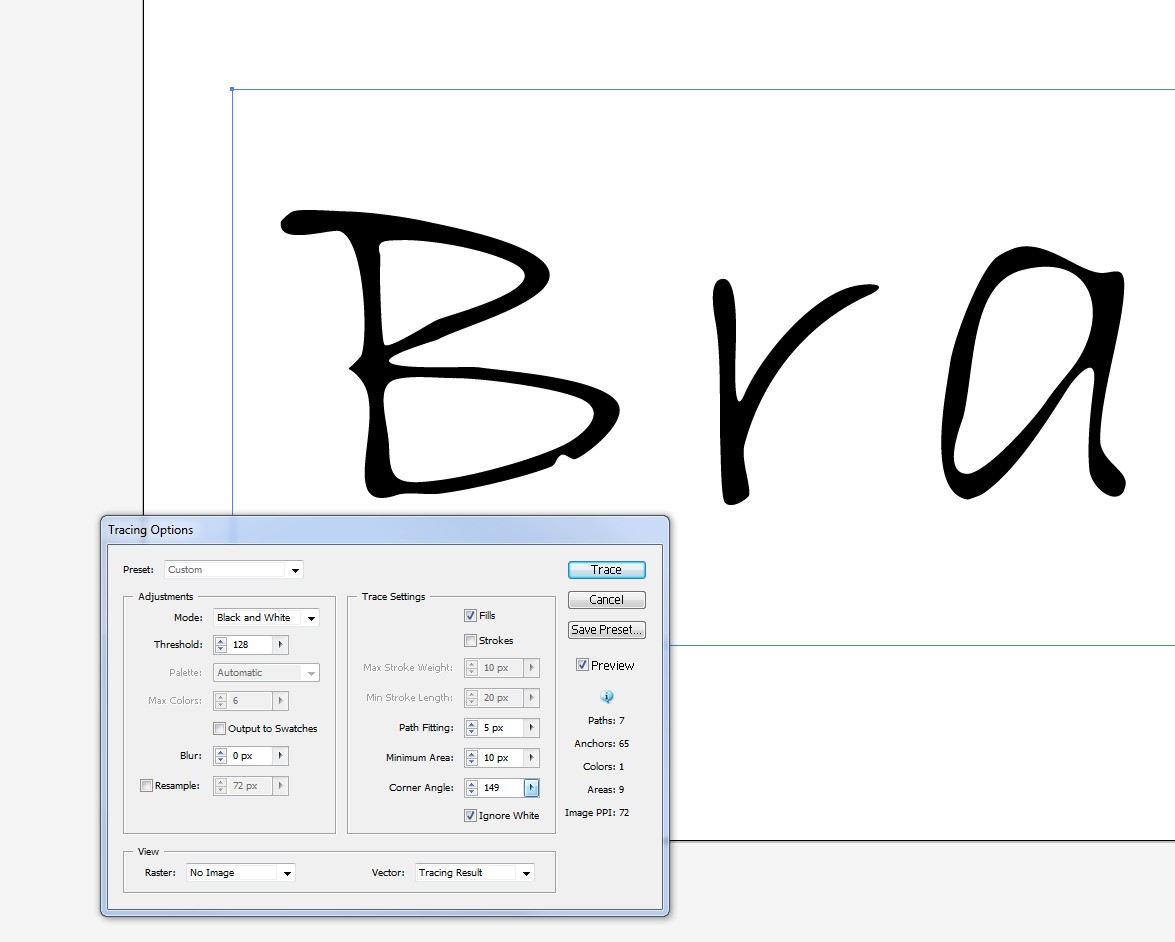 When a good combination is found, click Trace. Then select the result and goto Object > LiveTrace > Expand to fix the tracing. Then ungroup the result.

There maybe are a few unwanted holes and twists. You must fix them manually with the direct selection tool and probably by deleting some exessive anchor points (=nodes).

Maybe not useful, but the next image shows the result after some node edits:

Illustrator allows tracing strokes. A competent Pen tool user probably makes better tracing decisions, but the result in your case is easily edited at least to as good shape as a manual tracing with the freehand pencil tool(+smoothing).

Here's an an example of the dialog and preview

Not the answer you're looking for? Browse other questions tagged fonts font-design or ask your own question.

0
Font with transparent holes-fill in and outline in illustrator
3
Font with equal spacing between letters
6
Line Height of Font
7
How can I build up 'structured knowledge' of the space of significant font families?
10
Is there a general rule regarding font spacing?
2
How to remove missing fonts from font list in illustrator?
1
A strategy ITC Baskerville font for vector
0
What is the font used in The Futur's prints?