How to animate a rising sun in Adobe Illustrator CC?

I need to animate a simple rising sun behind a horizon - aprox. 20 frames. Look at this quick drawing. 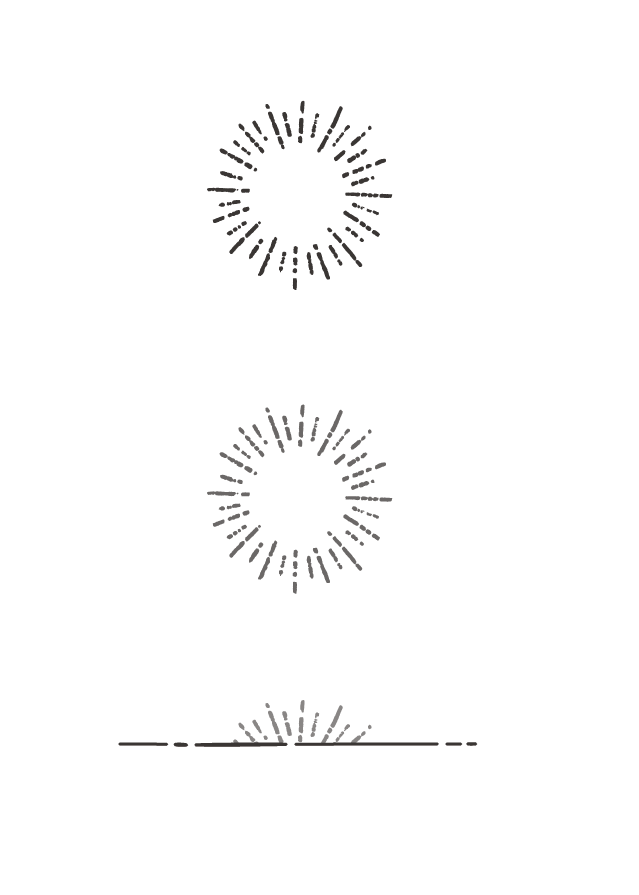 I need each frame outputted to a vector file because it's going to be used in a book for a flipping effect.

How would you practically approach this?

I thought about making the sun to a symbol and place each movement in separate layers? But a timeline would be nice and definitely make things much easier for testing the flow.

Is there a way to go from e.g. Adobe Animate to vector files?

This tends to work best with complex objects. It may be a little bit of overkill for such a simple animation.

The easiest way is to use a blend and then Layer releasing...

Merely set up the art to have the sun at the high and low point... I started with the sun in the low position and then copied/duplicated it to the high position. Basically I stacked the objects I want from the start of the animation to the end of the animation. This matters. 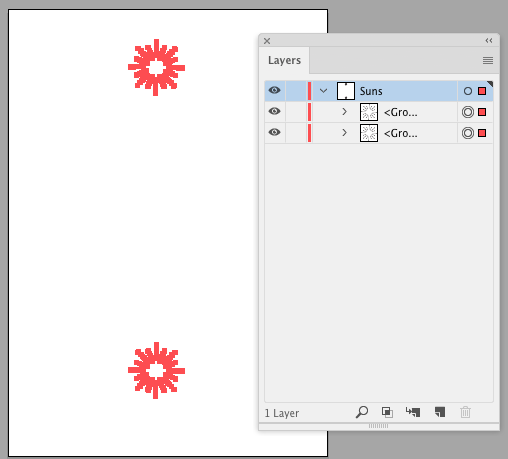 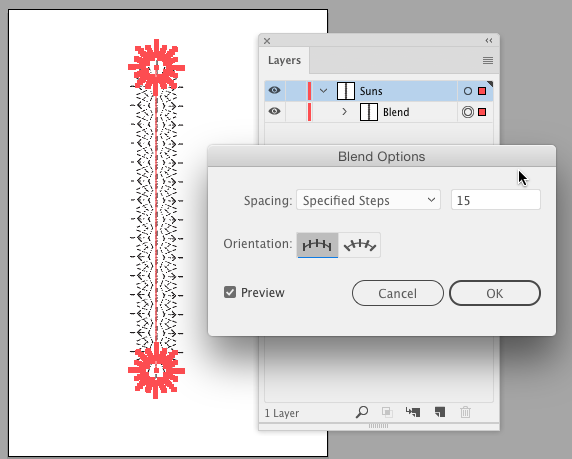 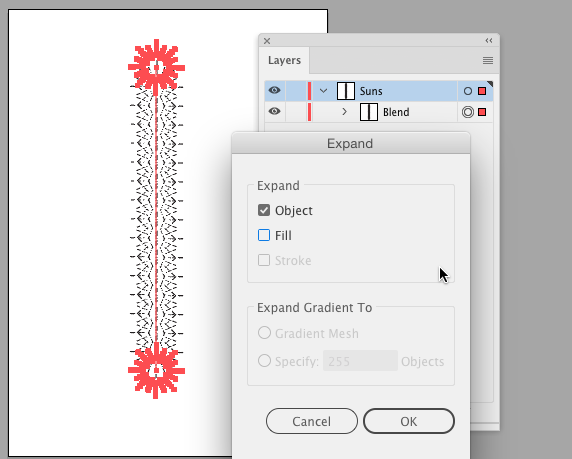 The artwork should expand to show all instances selected and highlighted. Now choose Object > Ungroup (expanding blends groups them). 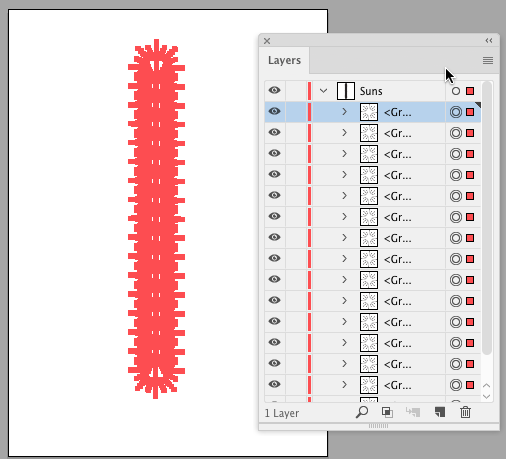 Now move to the Layers Panel.

Highlight the layer with the suns and from the Layer Panel Menu choose Release to Layers (sequence). 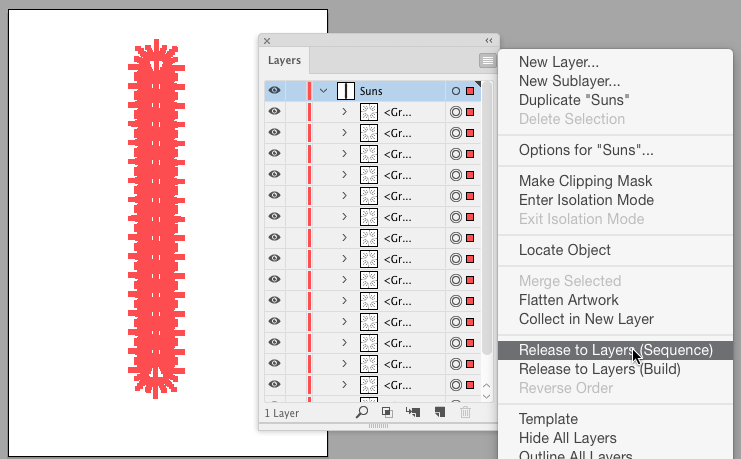 You'll then have a layer for each stage of the sunrise. 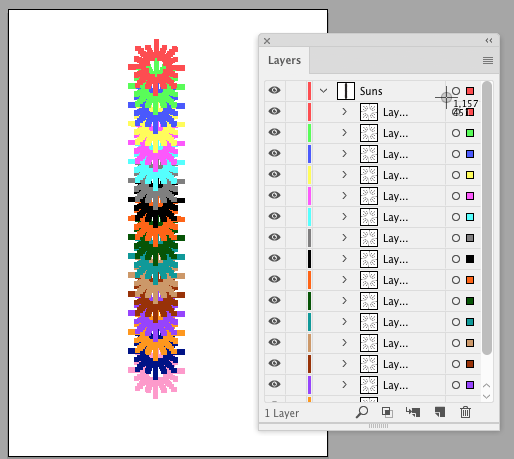 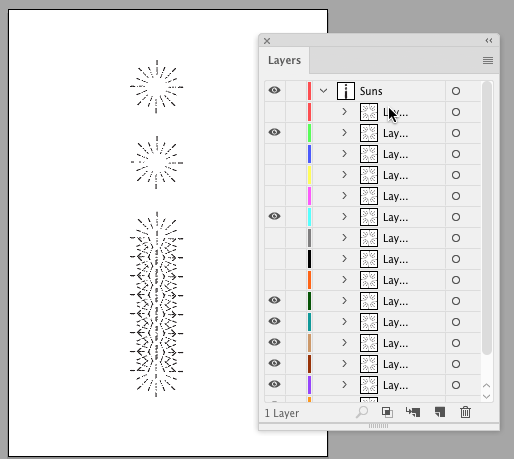 From here you can individually alter each layer/iteration if desired.

Then export the layers as files for use elsewhere.

If you want each iteration as a separate Illustrator file, check out Joojaa's Script in this answer: How to export a sequence of layers in illustrator? it'll export each layer as a separate file.

From there use whatever animation software you want. You'll have individual vector files. Illustrator itself is really only capable of .swf export for animation.. which is.. well. not very useful most of the time. Disclosure, I haven't jumped into Adobe Animate yet.. so I'm in the dark as to it's capabilities. Since it was Flash.. maybe it handles the .swf exported file fine. I don't know.

Also be aware that blends do not have to be straight paths. You can use the Replace Spine feature to make a blend use a more freeform path, then expand and follow the same steps. 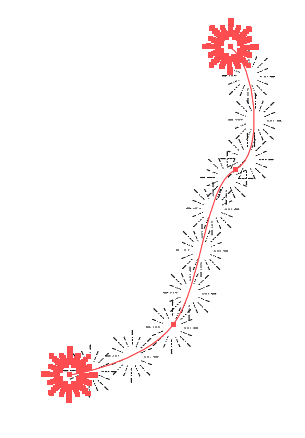 A few notes on setting up AE...

* I suggest After Effects because that's what I use for animation and it has good(-ish) integration with Illustrator; if you're more familiar with different animation software then use that. The main point here is to use software that is designed to create animations to... well, create animations.

You can simply create an action that exports (or save as a copy) your file and assign to it a function key.

Now just move the sun 1/20th of the way up and then run the function key.

Now repeat 20 times and it'll be complete quite quickly.

My answer here may be helpful on how to create an action (though this is for Photoshop, the proccess is the same).

Not the answer you're looking for? Browse other questions tagged adobe-illustrator animation or ask your own question.

4
How to export a sequence of layers in illustrator?
3
Photoshop shortcut for File, Save As, Format: PNG or JPG, Save, OK

2
Is Adobe Animate CC suitable for these animations?
4
Animated system diagram - time efficient way and software?
0
Animate a circle - how to?
8
How to generate vector pattern of random dots with specific density?
1
How to make animate line with an arrow in Adobe Animate CC
1
Illustrator: how to recreate a sun-shaped background shape?
0
Adobe Animate simple tween whale flapping tail