On the first generation of Romanian topographic maps (before 1900), there was a certain font used for labeling natural features. 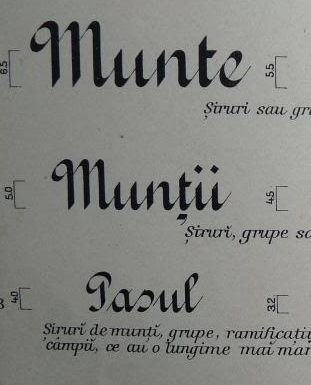 I managed to find a reference from 1907 for the fonts used in those maps, and the one that I'm interested in was called by Romanian cartographers Batard, which I know is an old French script.

I want to replicate the style of those maps and I'm interested in knowing if there is any font similar to this, because all the batard examples I have seen are very different from what I'm looking for. I also tried using the usual online identification services, but with no success.

I tried, but it is impossible to find something similar. Some time ago I use to make calligraphy, and this was one of the most recurrent letters and not the hardest to make with a square pen.

It's Gothic Round Bastard Straight. Search in Google Images with the text in Spanish: Gótica bastarda redonda recta.

The name of Bastard has several origins, my preference is the most practical:

Round: because this is how the joints of the strokes are, different than the square ones: 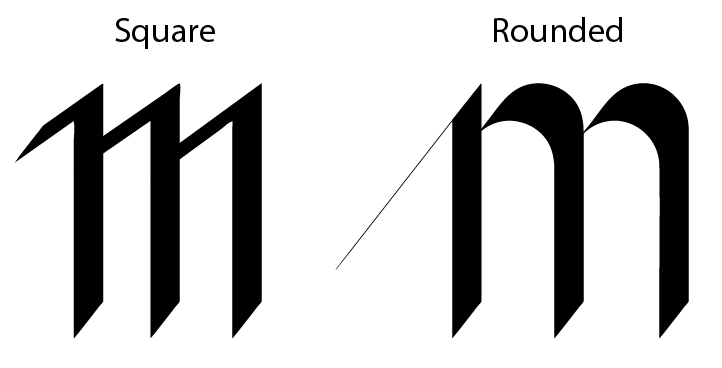 Straight: actually this is not a variant, it is only the difference with the slanted or italics.

As calligraphy is not very difficult to make, it's just a matter of skill and practice.

It is possible to achieve a vector emulation with a calligraphic brush in Illustrator: 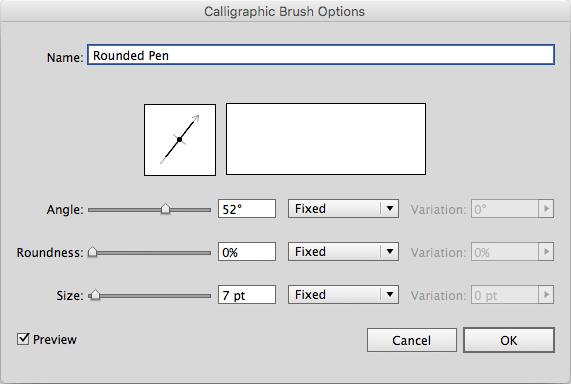 Of course drawing all the letters with a vector brush is a nightmare. But many strokes are repeated or very similar. Starting with a square calligraphy which is simpler, the round is easy to get:

...someone can make a font:

I know it's not a solution, but maybe an idea, or at list some information.

11
What are the different stroke widths (e.g. in a W) in serif fonts called, and why do they have a particular orientation?
5
How can I improve at drawing calligraphic font glyphs

12
(Font identification) Univers-like sans-serif
3
Having difficult time finding the font used in this logo
3
Oriya font with full support for traditional ligatures
0
What font is used in the old Ben Sherman logo?
0
Very famous Old Cyrillic Font
0
Please help identify this font - Have tried all font identifier programs
1
What is the “stamp” number font on those BB 67200 locomotives?
4
Identification of a lively style of hand lettering from around 1900