How to create this coloured pencil effect? 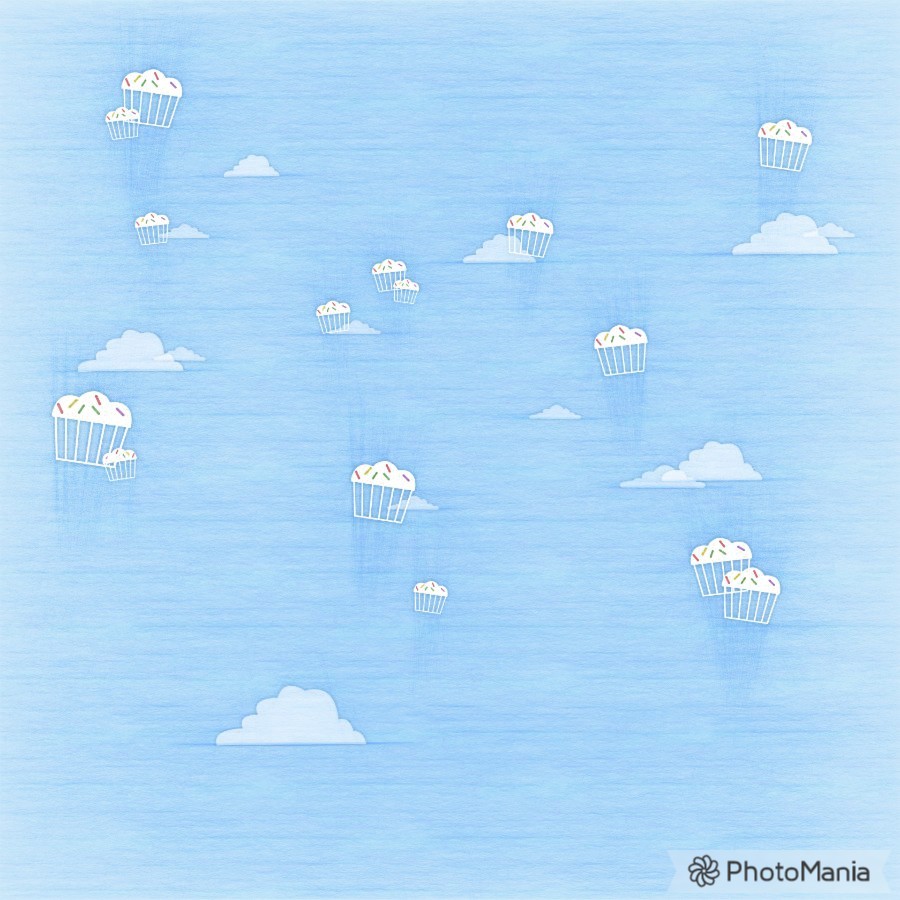 The export from PhotoMania is very low resolution so I'm trying to recreate the effect in Inkscape. I've played around with all the filter options, but I can't find anything that's even close.

The main issue is the way the lines extend from the cupcakes and the clouds. I can get the edge detection using a convolution filter, but I can't think of any way to have the lines extend like this.

Inkscape doesn't seem to have a transform option for custom filters, but even if it did that would only allow simple horizontal/vertical transforms, which wouldn't create this "extended line" effect.

You could certainly draw the graphics in Inkscape, but the rest are almost certainly raster effects, which Inkscape isn't really designed for. Although it does have some limited effects, there's nothing like that.

You could open the SVG of the graphics (made in Inkscape) in GIMP.

Next, create a filled blue layer on the bottom, then a white filled layer on top of that.

Apply the HSV Noise filter to the white layer.

Then scale the noise layer up to make it coarser. Then do a motion blur on that layer, and set the layer blending mode to Burn.

If you install the G'MIC plugin for GIMP, there's a filter for a black and white Sketch effect which you could apply to a duplicate of the SVG layer, then set that layer's mode to Burn. It's not exactly the same, but close.

6
How do I make a 2D texture into a banner/flag that looks like it is folding from a breeze?
7
How do I create a bevel effect on a complex object in Inkscape?
8
How could I improve the shading on this chain link illustration?
1
How to draw a wing cascade with boundary layers?
4
Using imaging software to turn images into colouring-in activities
3
Distorting a 2D object to give the appearance of 3D Space
0
Why does photoshop take so long to render an image with a filter applied?
0
Inkscape - adding filter to thick vertical or horizontal line clips them
1
Render SVG to 16bit/channel raster