I just watched a video of someone drawing in Illustrator, in order for me to learn how to. It was in fast forward though, so it is hard to see exactly what is done, but I noticed something I want to learn how to do.

They uses the Pen Tool to create a normal stroke. As seen here: 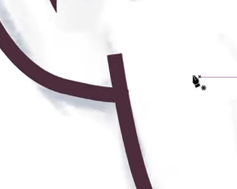 Then they add a triangle on top of it, so it looks more like a normal stroke of a brush or something. 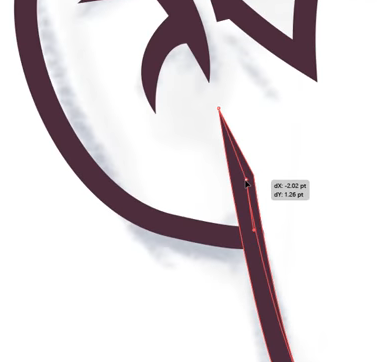 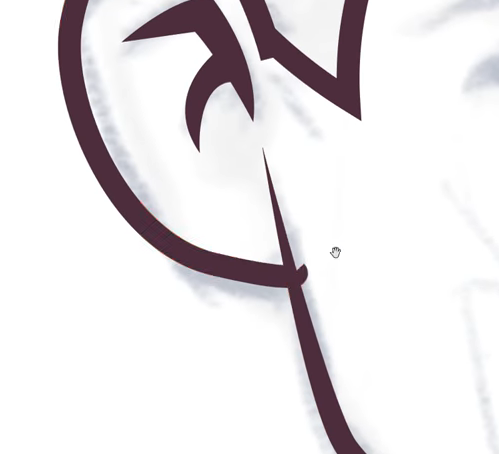 Can anyone explain to me how this is done? It is two strokes that he somehow can control using the white mouse in Illustrator (not sure what it is called right now), and when he pulls it closer to the other edge it aligns as you see in the final picture.

Here is the link for the video, these screenshots are taking after 2:40 into the video.

There's no a special trick, they are using the Direct Selection Tool to move up the first point, to the left the second point and deleting it after changing the tool with a keyboard shortcut: p to activate the Pen Tool and get the Delete Anchor Point Tool.

These kind of speed drawing videos are practically useless as tutorials. Find a better tutorial.

Anyway, all that seems to be going on is that the stroke has been Expanded to outlines, then the anchors have been edited using the Direct Selection tool (A).

In the newest version of Illustrator CC, you no longer need to do that. You can change the stroke width with the Width Tool (Shift+W). There's no need to expand to outlines.

Not the answer you're looking for? Browse other questions tagged adobe-illustrator cs6 or ask your own question.

7
Illustrator: changing the opacity of fill and stroke independently won't work
3
How do I apply a color gradient to a stroke?
0
Gap between two shapes when removing stroke in combined shapes
2
How can I draw an arc (outline only) in Illustrator?
0
Overlapping elements creating artifacts
1
Join multiple brush strokes into shape I can fill
0
illustrator cs6 raster stroke issue
0
Illustrator: Gradient with thicker stop lines
1
Tracing/Vectorizing Complex Shape at 3/4 Angle
1
Crayon Line Style in Adobe Illustrator