How to create an excellent and complete shell of a sphere

This morning I have tried to create a shell of a sphere (see the figure).

However, I would to have the entire shell where I can see to complete revolution on the other side of the sphere. What should I do? 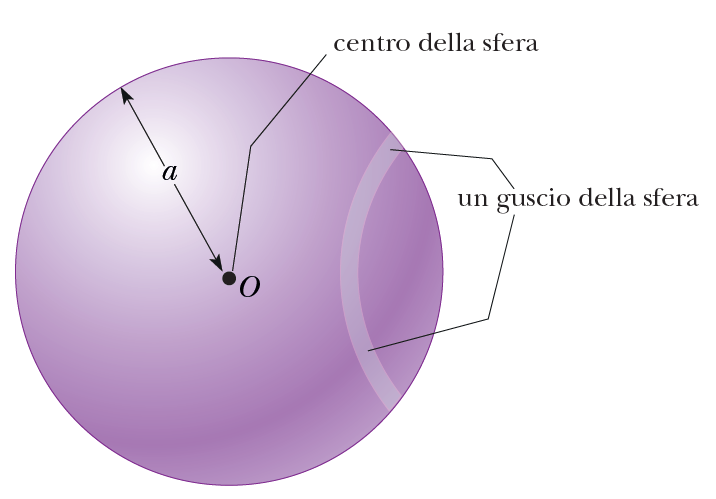 If you want perfectly round stripes, revolve a splitted half circle, a group which consists differently colored pieces. An example: 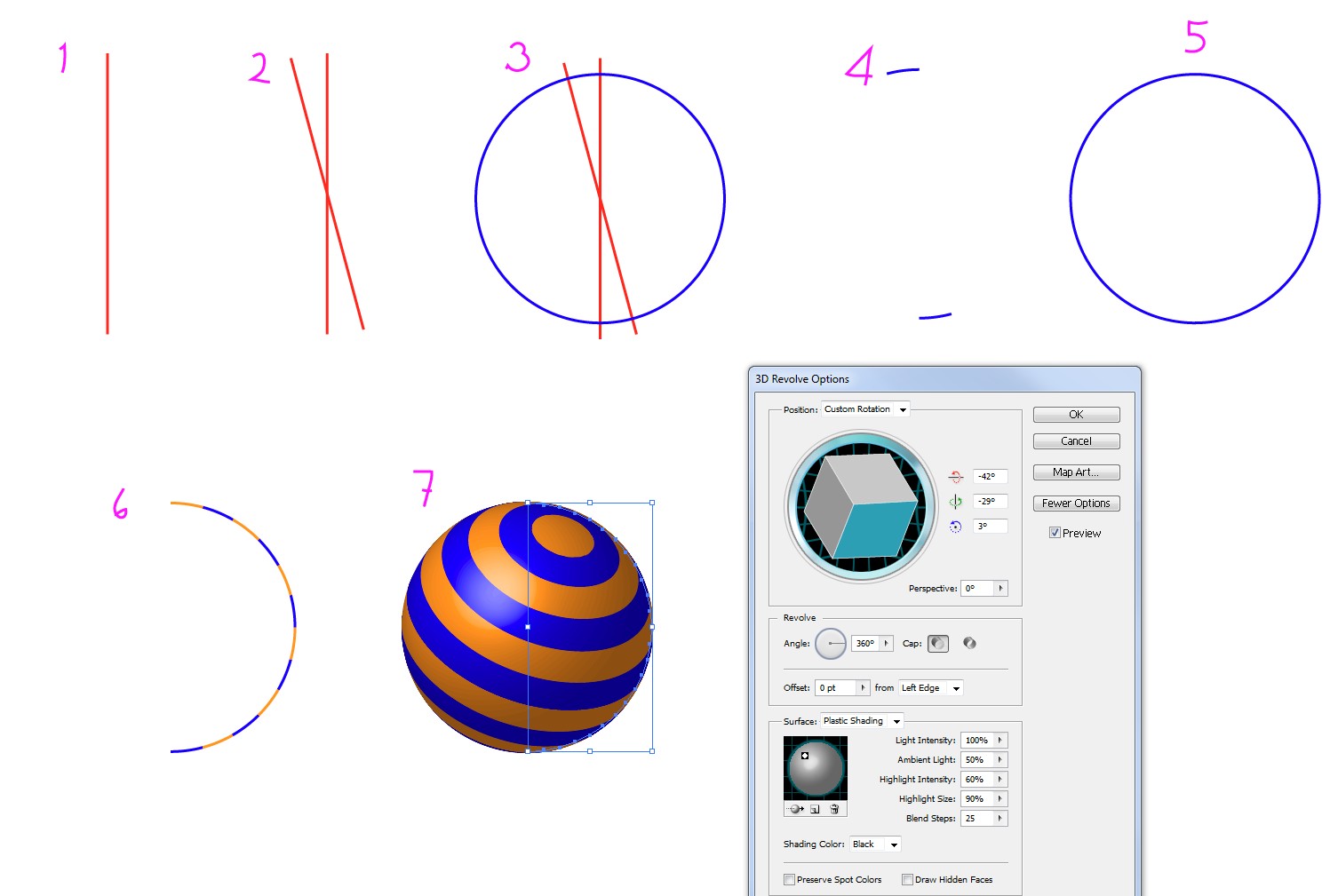 Here all stripes are equally wide. As well you can at first make a circle and split it arbitarily

NOTE: 15 degrees was selected because it's integral part of 180 degrees.

If you want different division to stripes, you can in step 2 make more marking lines with different rotation angles. After inserting the circle you split it at the crossings.

The originally wanted thing was to draw cutting lines when a spherical surface is cut by 2 parallel planes. Those lines in 3D are circles. In 2D projection they are ellipses. Both ellipses have same proportions, so the bigger can be made by scaling a copy of the smaller: 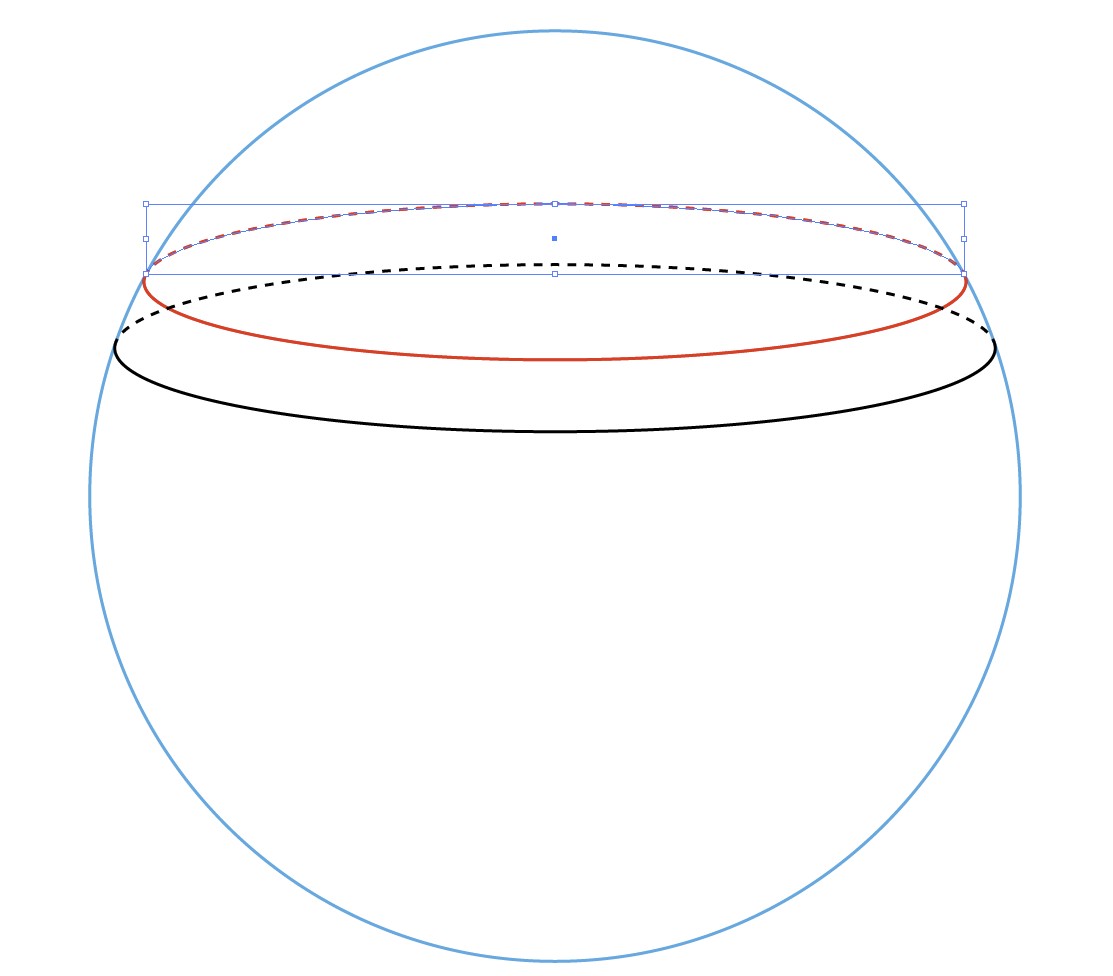 There's no generality loss to draw the ellipses horizontal. The image can be rotated later.

The ellipses are tangential, both of them touch the circle on 2 points. Believe or not, it's possible to construct tangential ellipse exactly in Illustrator by applying geometry (see NOTE1), but for all practical purposes they can be placed by eye. Only have fine enough arrow key nudge increment set in the preferences.

Ellipses are cut in the touching points with the scissors and the hidden halves of the strokes are changed to dashed ones. The cut point isn't a node, disable Snap to point temporarily to be able to use the scissors in the right places.

NOTE1: it's based on projective geometry. There such things as tangency, being the same point and sitting on the same straight line stay invariant when a plane is projected to another.

In a plane we can construct a tangent line to a circle in the wanted point. As well we can draw a circle which has a given line as the tangent at a given point.

By non-symmetric scaling we can simulate plane to plane projection in Illustrator. We can scale temporarily so that the wanted ellipse becomes circle. That circle has common tangent line with the original circle which has became to ellipse (temporarily).

There's several possibilities to colorize the result. The band between the ellipses can be filled with the Shape builder. A copy of the circle can be filled with a gradient as you originally did. The filled band can be used with blending mode to retain the underlying gradient shading. The dashed lines can simply be laid on top. 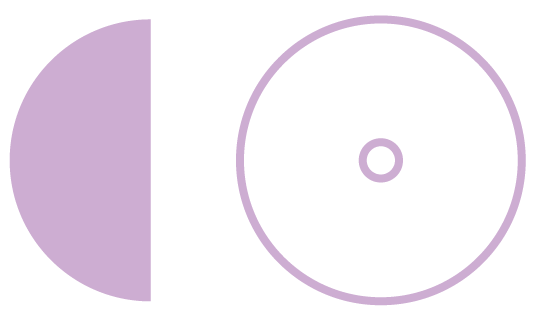 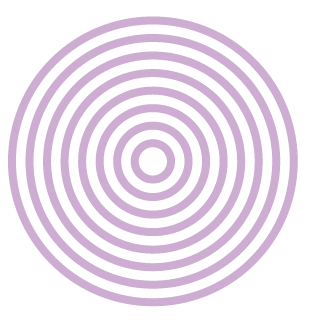 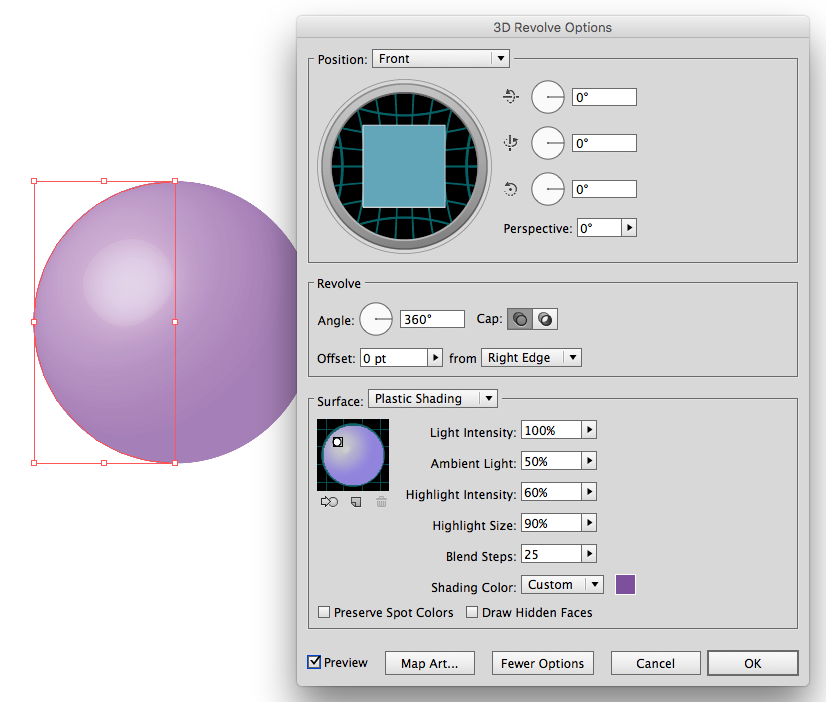 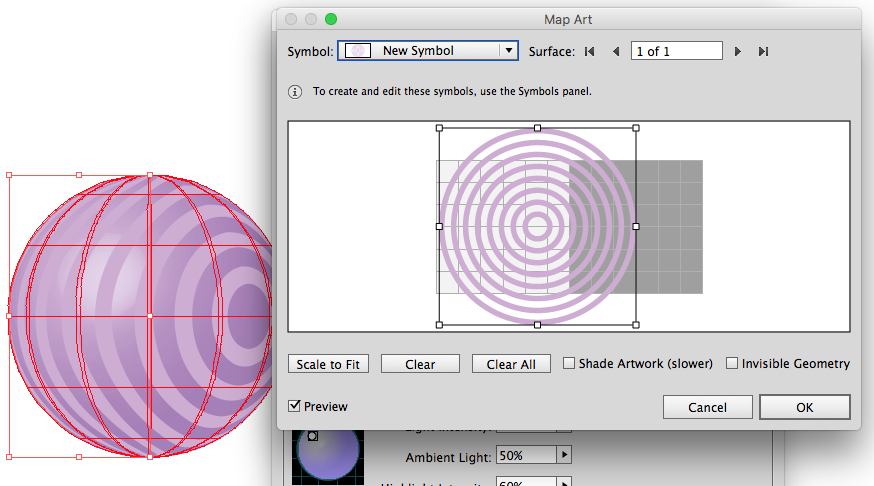 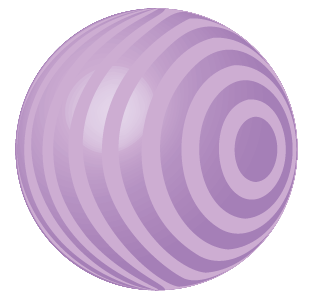 7
How can I create WORKING gears in Illustrator?
5
How to create a triangle/jagged edges on a single border in Adobe Illustrator CS6?
4
How can I create cartoon green grass for covering a sphere?
1
How to easily determine shadows and highlights of objects?
6
How can one design (a deathstar) on a sphere?
0
how to create a custom graphic border from a path?
1
Cannot erase a "spur" off of a closed path using the eraser tool in Illustrator
0
How did this artist create this shadow?