Inkscape's "Stroke to path" produces hole in the middle

I start with an "i" in Chalkboard SE, font size 32 and stroke width 8px. Then I click "Path > Stroke to path" and the design now has a hole in the middle of the dot of the i. The larger the stroke width, the larger the hole, but only in the dot of the "i", not in the main body. Illustrator also gives the same result (after Expand of Object and Fill and Expand of Fill and Stroke, then hiding the fill). 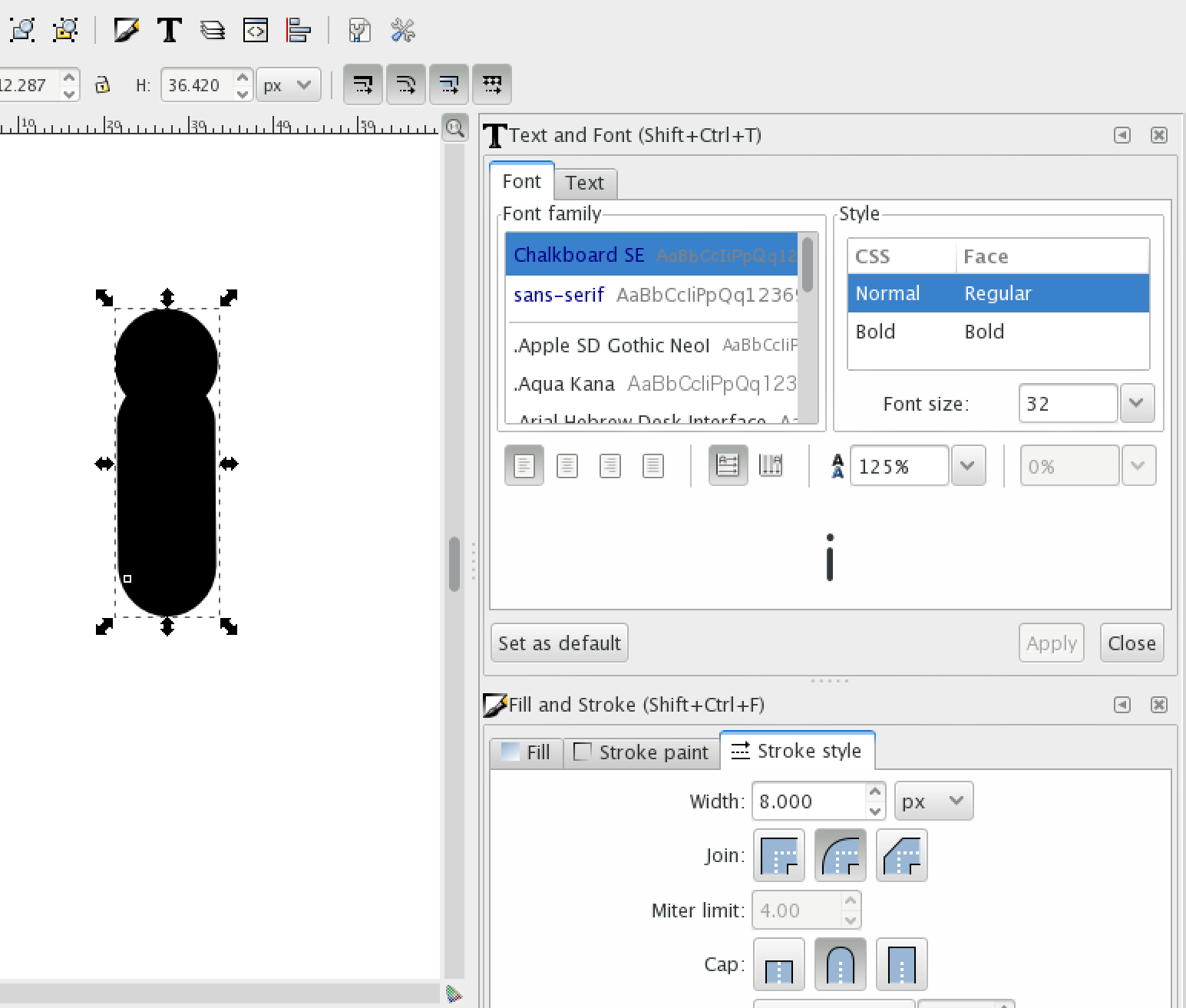 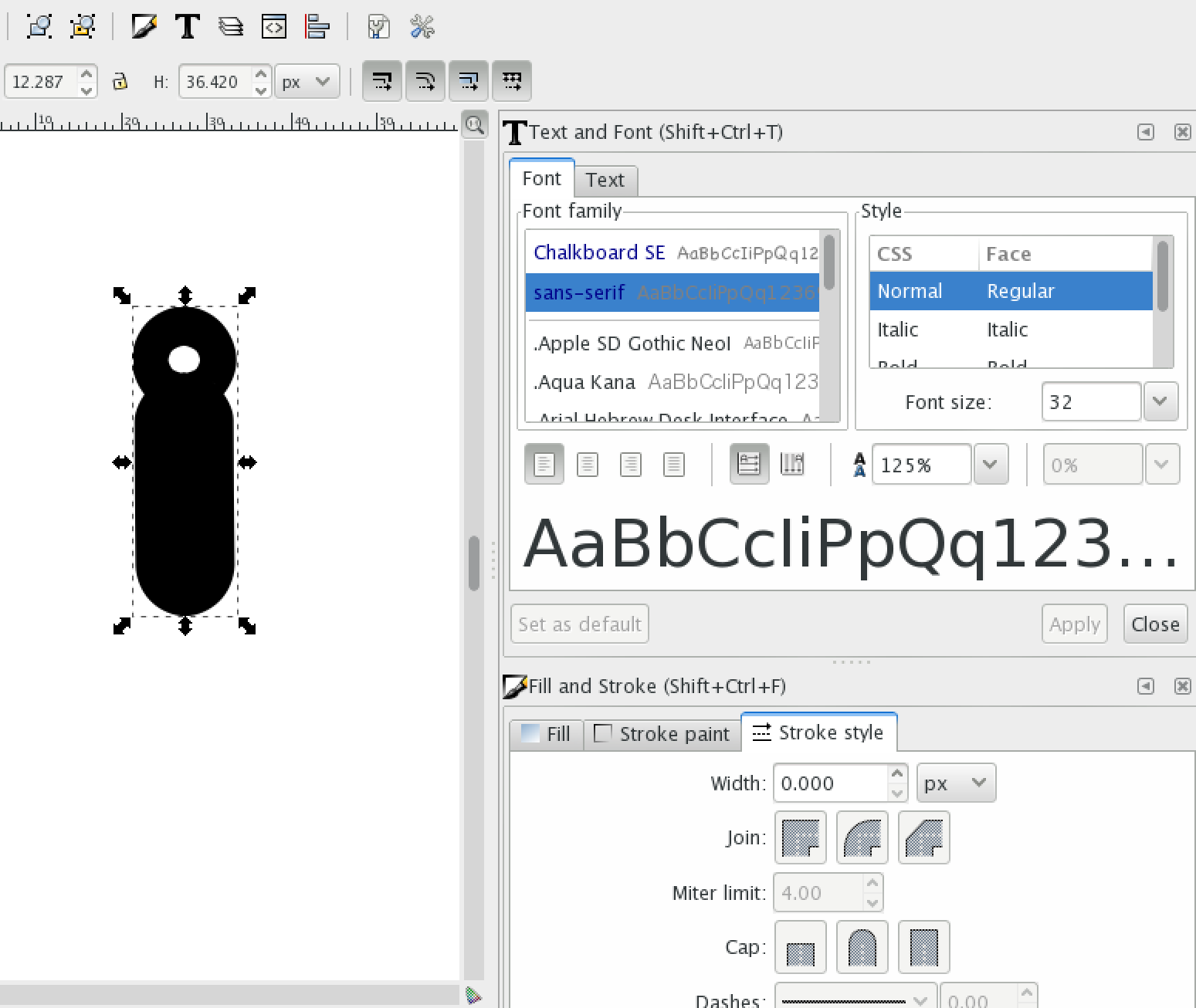 Even more puzzling, with a French cursive font (direct link to .ttf font here), the "i" with font size 47.5px, stroke width 5 pixels, with stroke path expanded and united with the original object still has two holes, one in the middle of the dot of the i, another small one at the end of the tail to the right. Illustrator does not produce this second hole. 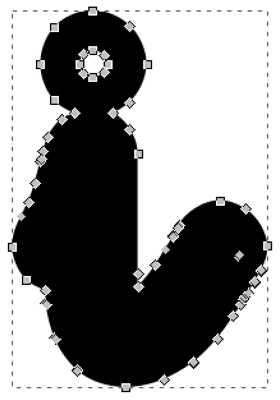 How can I avoid the holes in converting from a stroke to a path?

Update: After @Moini suggested the dynamic offset and "object to path" in an answer, I tested with j in cursive standard and also got a hole in the body of the j. Notice the anchor points inside the outline of this screenshot:

Of course, I could remove the hole by hand, but I want to use the stroke width or path outset programmatically, so fixing it by hand afterwards is tedious.

Second update: I tried stroke width and all the relevant commands under the menu item "Path": outset, dynamic offset, and linked offset. I found no solution. I attach a picture below that summarizes this issue. Expanding an "i" with stroke width produces a hole in the middle, the outset command turns a straight line into a curved line so I didn't try further, and both dynamic offset and linked offset create extraneous paths inside the region that would mess up the design for the laser cutter. I tried both "Object to path" and "stroke to path". 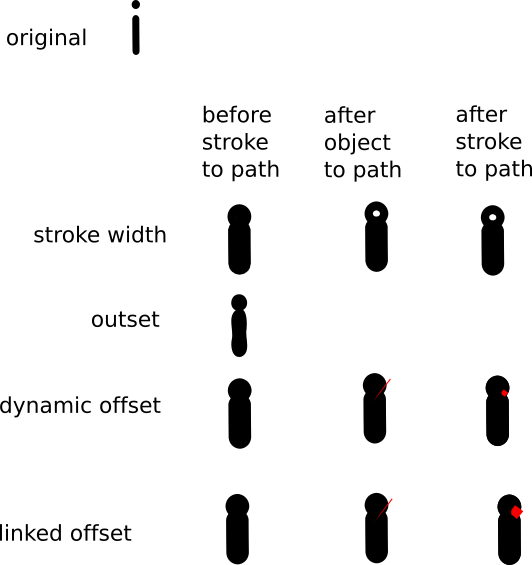 After converting the stroke to path, use Break Apart, then Union (both on the path menu). Using Keyboard shortcuts, you'd do...

You could use an offset instead.

Select path.
Path > Dynamic offset.
Drag on offset node with node tool until you like the result.
Path > Object to Path.

Not the answer you're looking for? Browse other questions tagged adobe-illustrator inkscape stroke or ask your own question.

3
Python library to expand type and offset paths like Illustrator

5
Is there a way to change the widths of a compound path's strokes independently?
5
Outset small rectangle path in Inkscape without round distortion?
2
How can I outline a path in Inkscape to make an object?
6
convert stroke to path
2
Is it possible to convert a path to a stroke?
4
Does stroke to path essentially create two different objects?
2
How to fill areas outside of a stroke to path object that are enclosed by the path
0
How to fill a hole in a closed path with ai?
0
Is it possible to snap to the edge of a stroke in Illustrator?