How to see all chars in a font from FontForge

I have a pfm/pfb font called Chanakya which I know contains characters outside the 0-255 range eg. (\u2022 has अ). I know this because I can programmatically display the character's code:- 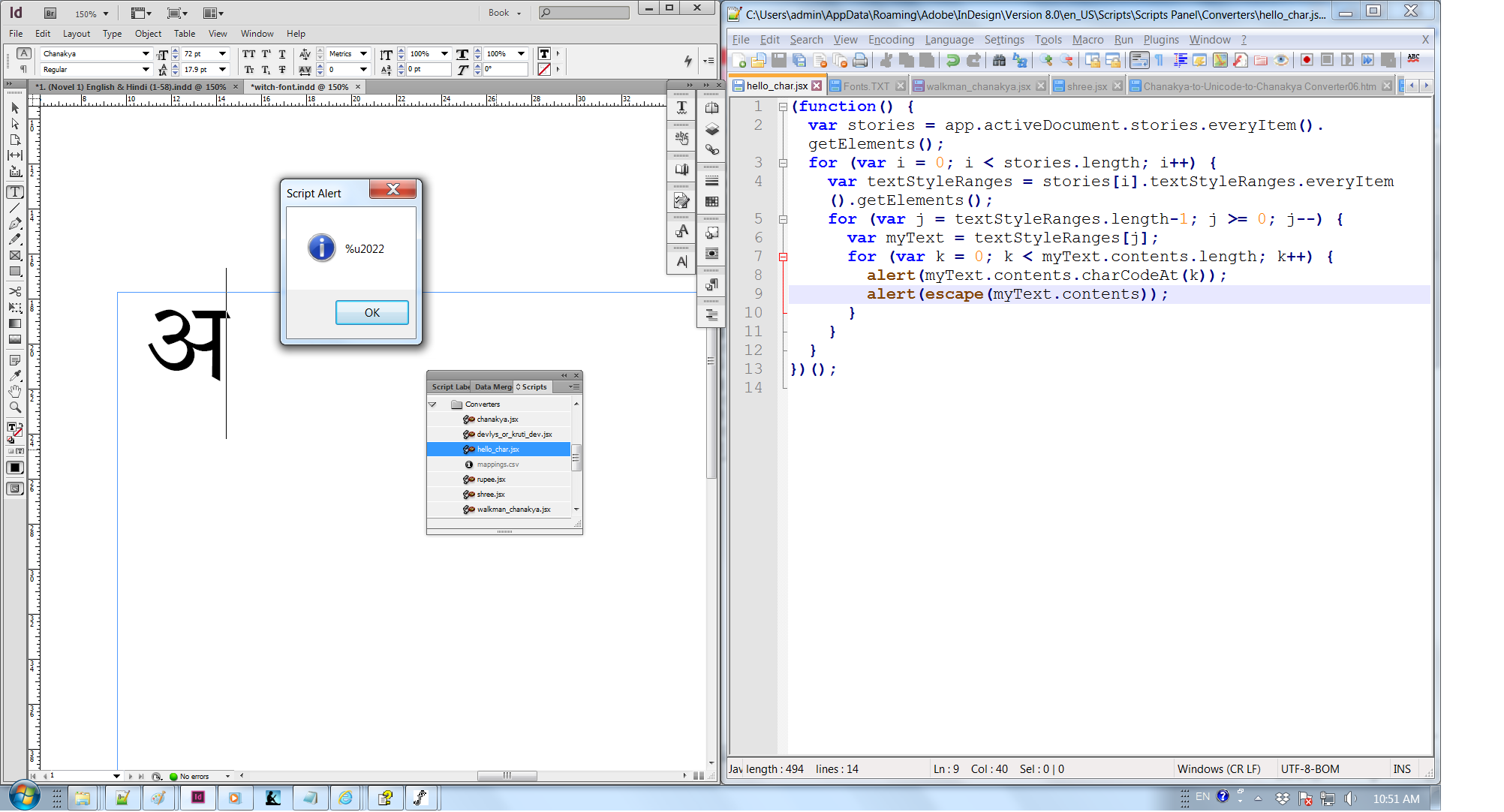 But FontForge shows only the first 256:- 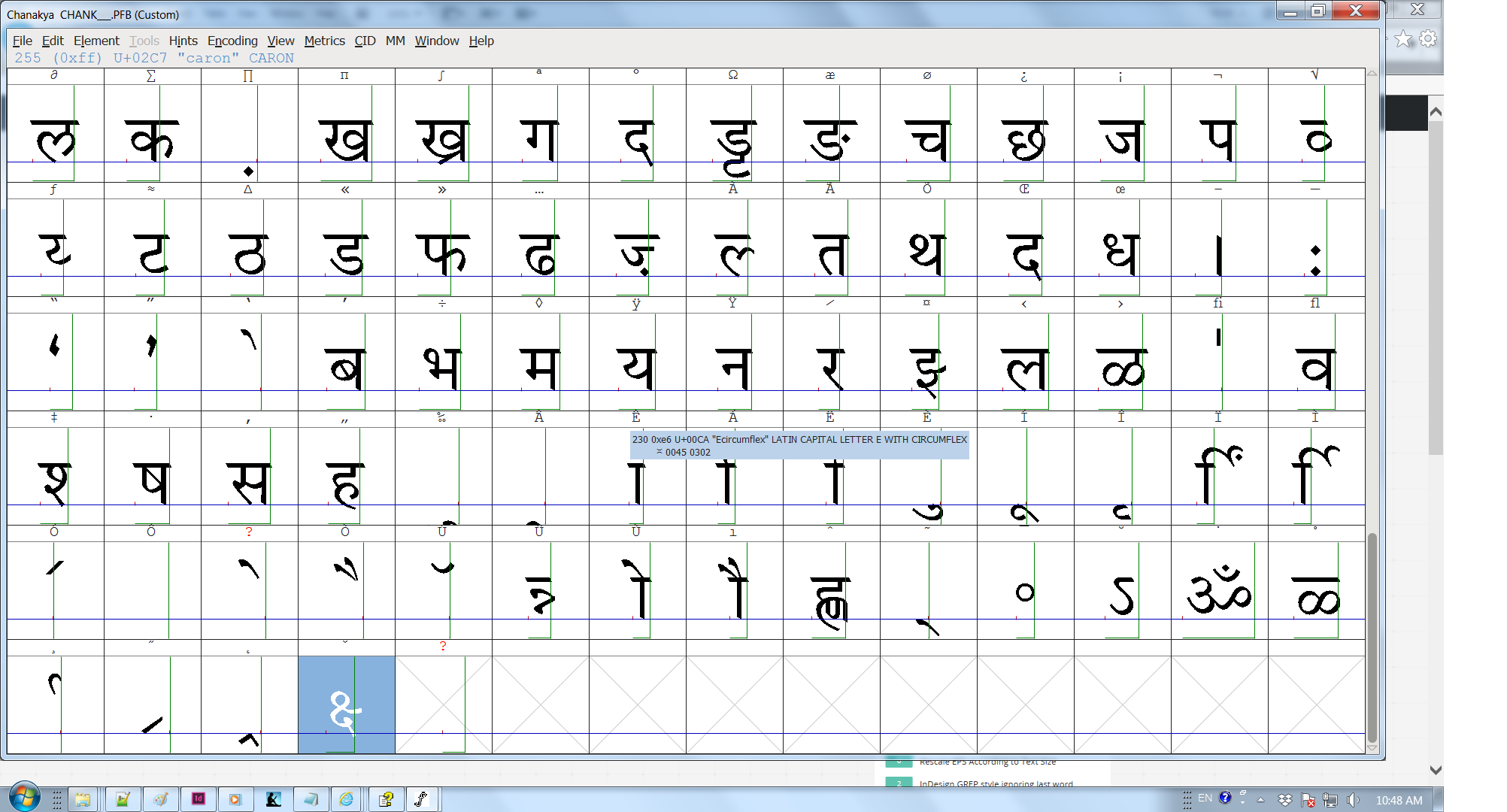 Forcing the encoding from Encoding > Force Encoding > ISO-10646-1 (Unicode Full) shows all the positions but the glyph isn't there:- 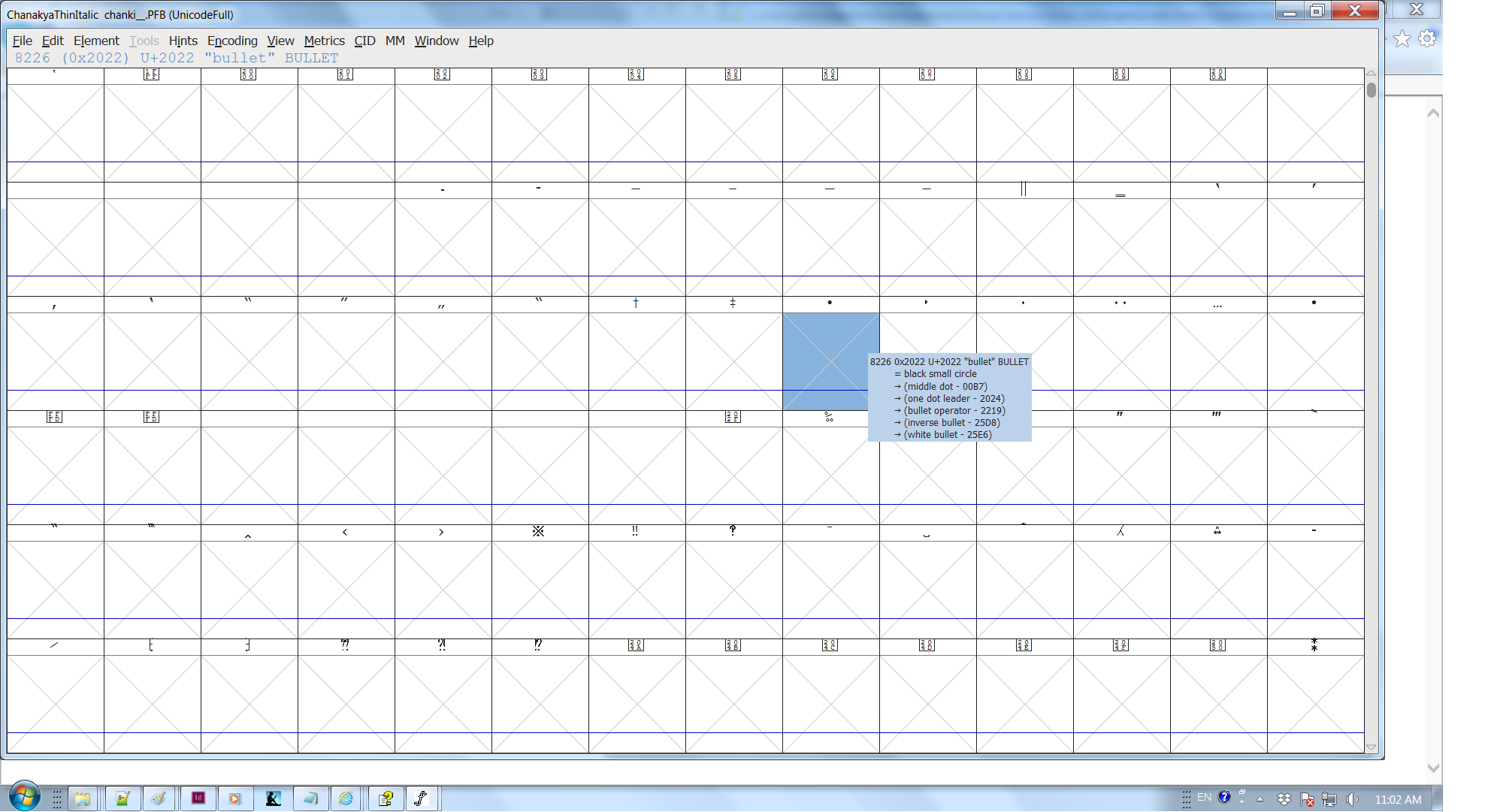 How can I force FontForge to show me those as well?

Clearly the codepoints don't match. U+2202 in the BMP is supposed to be the Bullet (•), while Devanagari Letter A (अ) is U+00905. There may be some error in the way your program acquires the codepoint, or perhaps the font is malformed -- test this by comparing another Devanagari font. For each, how great is stories.length and how many glyphs does FontForge show in all?

3
Generating font files from SVG files
3
How to set an 'ignore' on a pattern for contextual substitution in FontForge
1
How to export font with "Kern Tables" and not "GPOS Tables" using fontforge?
1
How to increase size of all glyphs in FontForge?
0
Vertically center a font using FontForge?